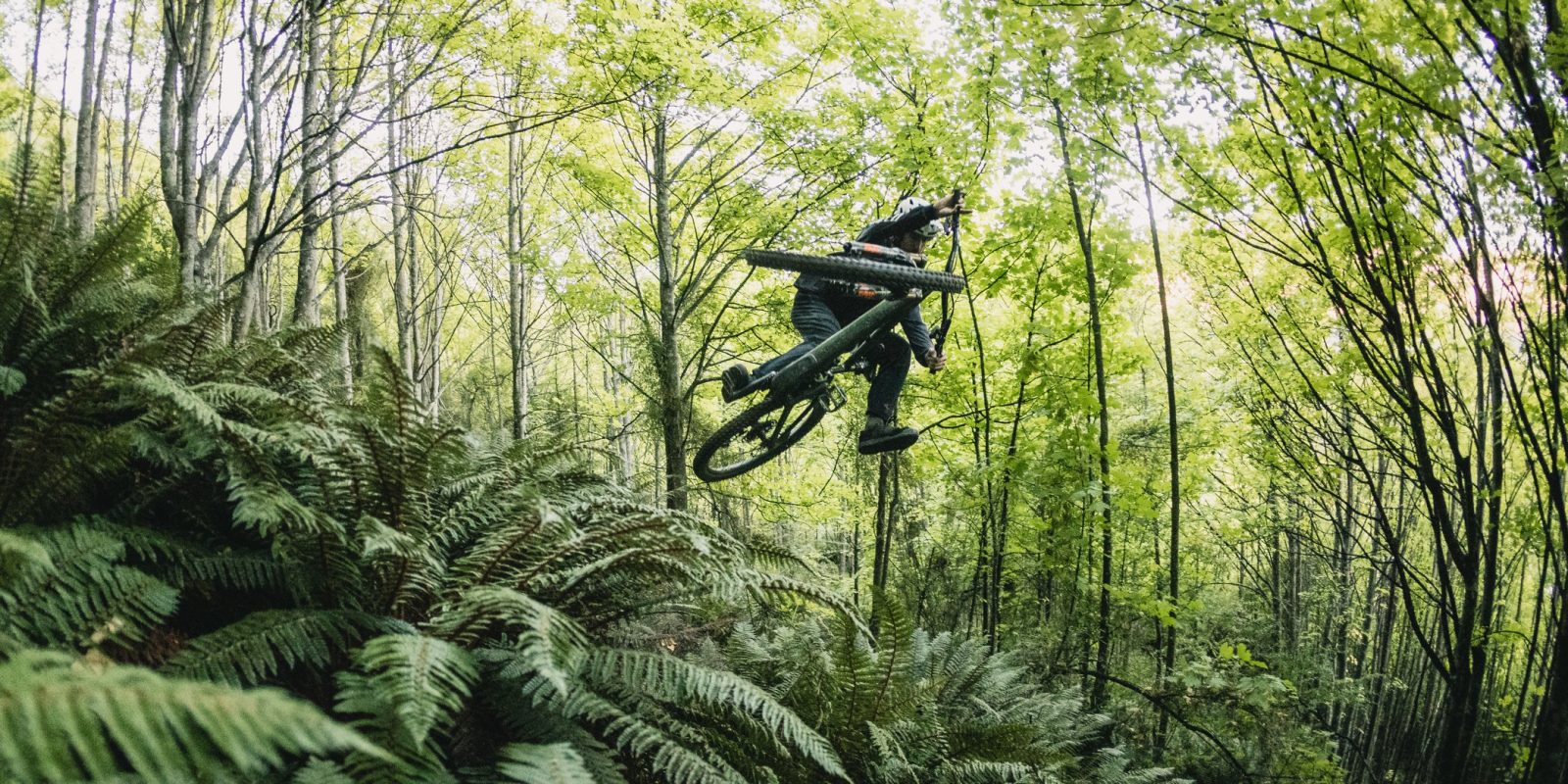 You might recall that Specialized already has an SL electric mountain bike, the Specialized Levo SL that was unveiled last year.

The Kenevo SL is a more hardcore downhill-style e-bike designed for the more extreme riders that require the best of the best, so to speak.

The six-bar, six-pivot big-trail rear suspension is tuned for bump force management across a range of forces, moving the rear axle backwards in the first third of travel then forwards to compress in the second two-thirds of travel when pedaling usually isn’t occurring.

As the company expanded further:

“Suspension that works this flawlessly is realized when every component of the whole is developed together in an integrated approach. Total suspension performance involves chassis stiffness, kinematics, leverage rates, spring curves, damping performance, and tunability, all designed and working together to achieve a singular, elevated ride quality on the trail. We refer to this integrated approach to suspension development as Ride Dynamics, and we have a one-of-a-kind team of trail-riding engineers, technicians, and fabricators working together out in the dirt and in our state-of-the-art innovation center to ensure that every component is optimized and functioning in harmony with every other.”

Basically, this is the Swiss watch of electric mountain bikes.

The bike is powered by a built-in 320 Wh battery that can also be supplemented by a 160 Wh range extender. The optional range extender battery mounts in the bike’s water bottle cage.

The Kenevo SL’s carbon monocoque frame increases chassis stiffness while reducing weight. Weighing in at as low as 18.4 kg (40.6 lb), Specialized says that “No E-MTB is lighter and more capable.”

“More capable” is of course subjective, but I think Trek is going to have a bone to pick with Specialized, especially since they claim that their Trek E-Caliber 9.9 XX1 AXS is the lightest full-suspension electric mountain bike in the world at 15.75 kg (34.72 lb).

More than just hardware, the Kenevo SL’s software brings everything together in one high-tech e-bike package.

The MasterMind Turbo Control Unit (TCU) is the “brain” of the Kenevo Super Light. This is the hardware and software that controls how the motor, battery, bike, and you interact. It allows real-time support tuning while riding, and it displays all relevant data about your bike and ride. The MasterMind TCU also enables over-the-air updates so that as new features and functionality come online, your bike will get even better over time. Finally, MasterMind seamlessly integrates with the Mission Control app for advanced tuning, on- trail diagnostics, and more.

The bike is available in four frame sizes and they’ll all cost you a small fortune. The Kenevo SL is being released under the brand’s S-Works line, so be prepared to pay an S-Works price.

That’s quite a ride!