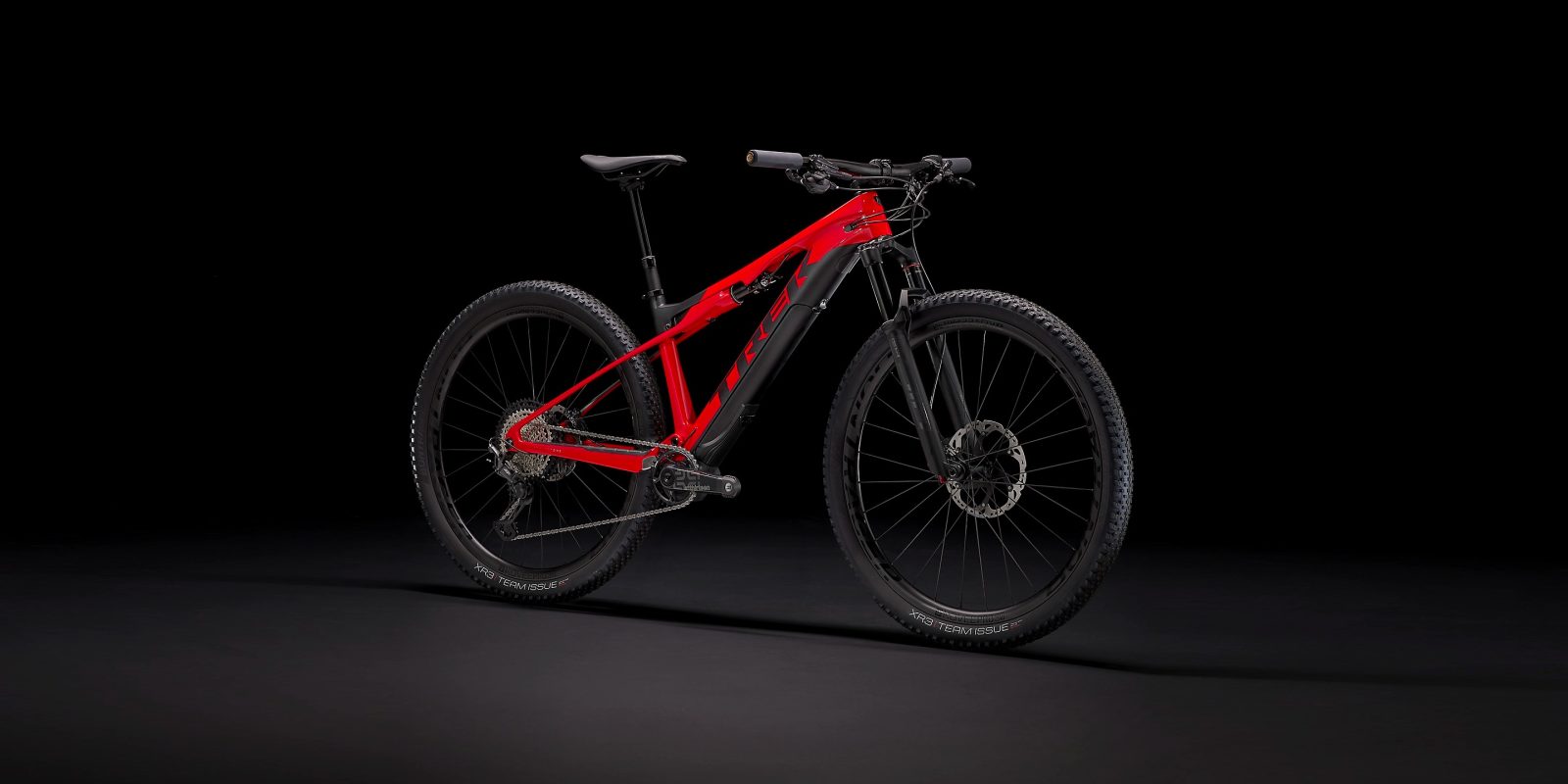 Trek recently unveiled its new 2021 E-Caliber line of electric mountain bikes. The highest-end version of the pricey e-bike line is claimed to be the lightest full-suspension eMTB on the market.

If the frame looks familiar to any fellow Trek fans, its because the E-Caliber shares the same basic setup (with necessary e-modifications) as the non-electric Supercaliber bikes.

Unlike the Supercaliber, the 2021 Trek E-Caliber benefits from electric assist via the Fazua electric drive system. The Fazua systems’ main differentiator is that unlike most e-bike mid-drives that only feature removable batteries, both the Fazua battery and motor can be removed from the bike.

In their place fits a downtube plug that also serves as a handy storage compartment. Without the Fazua drive installed, the bike returns to an even lighter pedal-only mountain bike.

Even with the electric bike drive system installed, the 2021 E-Caliber is already exceedingly lightweight. The top-of-the-line model, known as the E-Caliber 9.9 XX1 AXS, weighs a paltry 15.75 kg (34.72 lb). For a full-suspension electric mountain bike, that’s incredibly lightweight. For those looking to shave off a few more pounds (and lose the electric assist), the bike weighs just 12.45 kg (27.45 lb) with the Fazua unit removed.

The E-Caliber’s low weight is largely thanks to the bike’s carbon frame and wheels, short travel suspension, and lightweight components such as the carbon crank.

The E-Caliber is designed for more cross country-style riding than pure downhill shenanigans, and thus it can get away with the lower travel suspension (120 mm front and 60 mm rear) and aggressive frame geometry.

Trek is marketing the bike as more of an all-purpose electric mountain bike designed to tackle a wide range of trails and various types of riding.

The lowest weight and most expensive model in the lineup is priced at an eye-watering $12,999.99, though the model line starts at a (comparatively) more reasonable $6,499.99.

While the component sets climb progressively higher up the Shimano, SRAM, and RockShox hierarchy chains on the more expensive models in the E-Caliber family, all of the bikes sport the same electrical specs.

The Fazua drive is rated for 250W of continuous power with a real peak rating of 450W. The 250 Wh battery is rather small compared to many other electric mountain bikes, but helps drop the weight significantly.

Trek rates the battery as sufficient for up to 70 km (43.5 mi) of off-road riding in the lowest power setting.

At nearly $13K, the E-Caliber 9.9 XX1 AXS still isn’t the most expensive e-bike we’ve seen in the past year, but it certainly makes it way to the front of the pack.

For those seeking a more affordably priced Trek electric mountain bike, the company’s lineup starts with the Powerfly 4 at just $3,699.