Revel, the largest electric moped sharing company in the US, has just added Miami to its growing list of cities.

Revel began to place 750 new all-electric scooters around the streets of Miami this morning. The scooters are based on the NIU N-Sharing model and can reach speeds of up to 30 mph (48 km/h). Each scooter comes with two DOT-certified helmets, though riders can also bring their own. And the scooters can fit two riders at a time, allowing tandem riding.

Riders must be at least 21 years old and pass an initial safe-driving record check before they can sign up for the service.

Upon successfully signing up, riders can rent the electric mopeds for $1 to start and $0.29 per minute. Riders simply locate one of Revel’s seated electric scooters nearby using the smartphone app and then can rent the vehicle directly through the app.

While the scooters are fairly easy to operate and will feel familiar to anyone who has ridden a bicycle before, they certainly have more power than a typical electric bicycle. Revel offers free, in-person safety training classes seven days a week that can help newcomers learn proper riding skills. 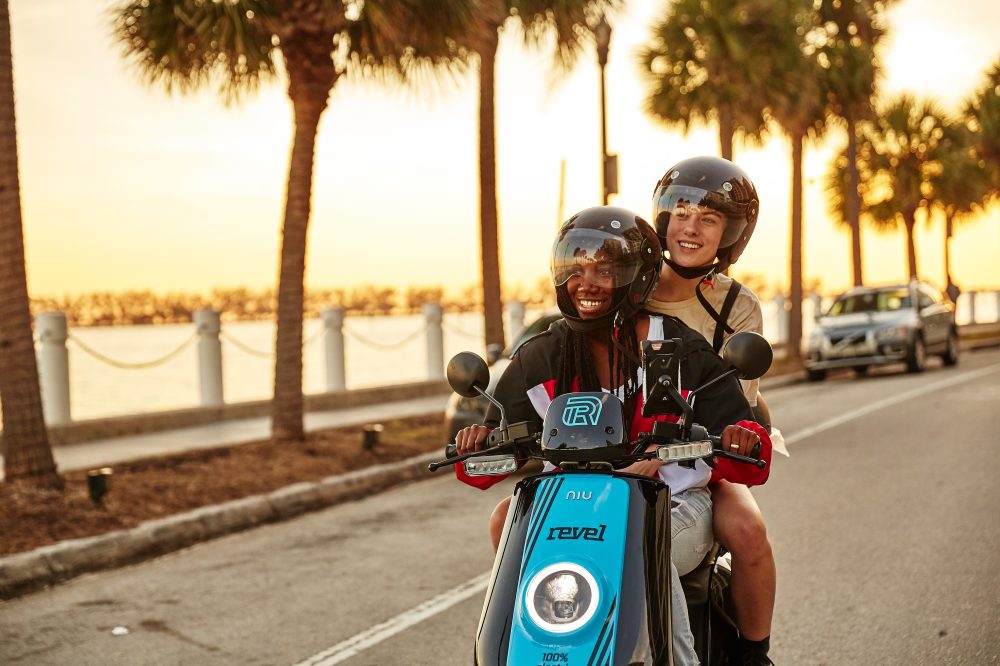 Electric moped sharing programs have been expanding around the US lately, and Miami has wanting to get in on the action. The Miami Parking Authority recently sent out a request for proposals for a shared electric moped provider, and it chose Revel as the sole provider for the city.

According to Miami Mayor Francis Suarez:

As a city, we continue to explore safe and reliable transportation solutions, and Revel fits that bill. Revel and the Miami Parking Authority have a strong relationship, and will work together to ensure that this cost-effective transportation option meets our residents’ needs and our city’s standards.

Revel will create over 30 new jobs in Miami. And unlike the gig economy jobs like chargers for Bird electric scooters, Revel’s team will be full employees with benefits instead of independent contractors. The company will also be translating its app into both Spanish and Haitian Creole to better serve the diverse population of Miami.

Revel first began operations last year in New York before expanding to Washington, D.C., and then to Austin. But according to Revel, Miami has been in the company’s sights since the beginning.

As Revel cofounder and CEO Frank Reig explained in a statement provided to Electrek:

Miami is one of the first cities that came to mind when we started Revel. The city’s incredible growth has spurred an interest in new modes of transportation, and we’re proud to build on Miami’s existing moped culture by introducing the city’s first moped sharing service. 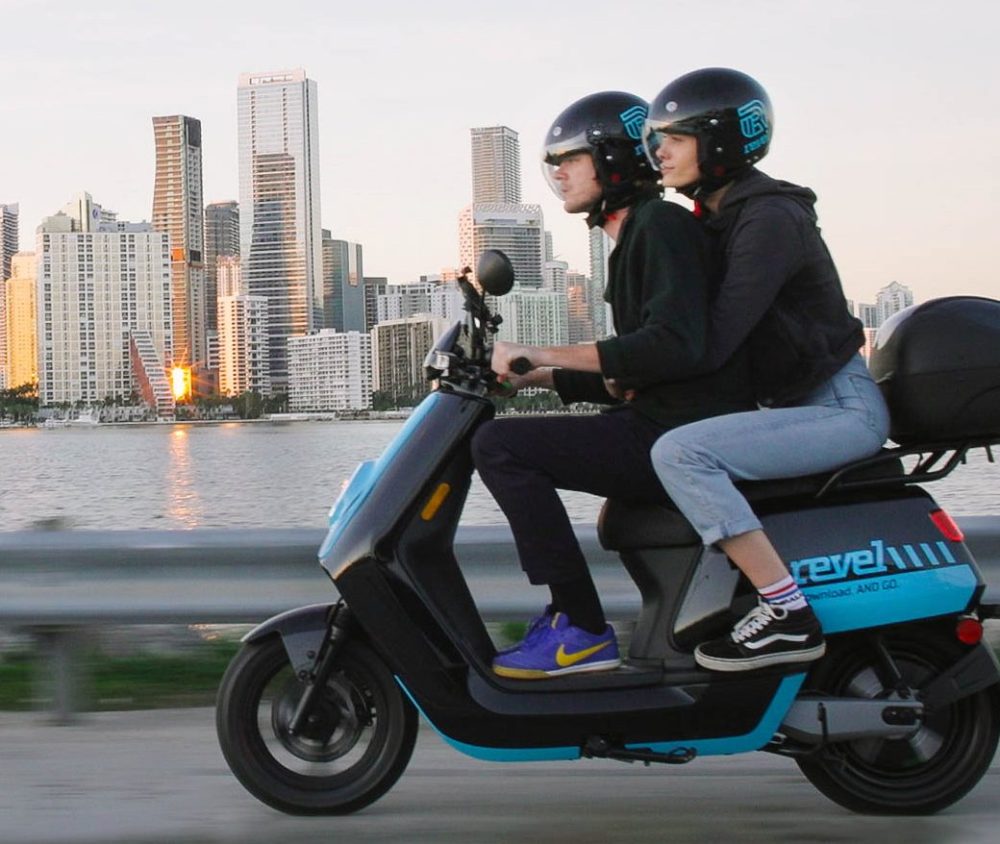 Yea, let’s do it! This is exciting news, and I’m glad to see companies like Revel expanding their electric moped-sharing operations around the US.

I’m a big proponent of replacing as many large four-wheeled vehicles with smaller two-wheeled EVs, and this fits the bill perfectly.

I do highly recommend that riders take Revel up on its free safety course though. And invest in some decent riding gear. Even though 30 mph (48 km/h) doesn’t sound very fast, you still shouldn’t be riding around at those speeds in flip flops and cut off shorts. These are serious motor vehicles and they should be treated as such.