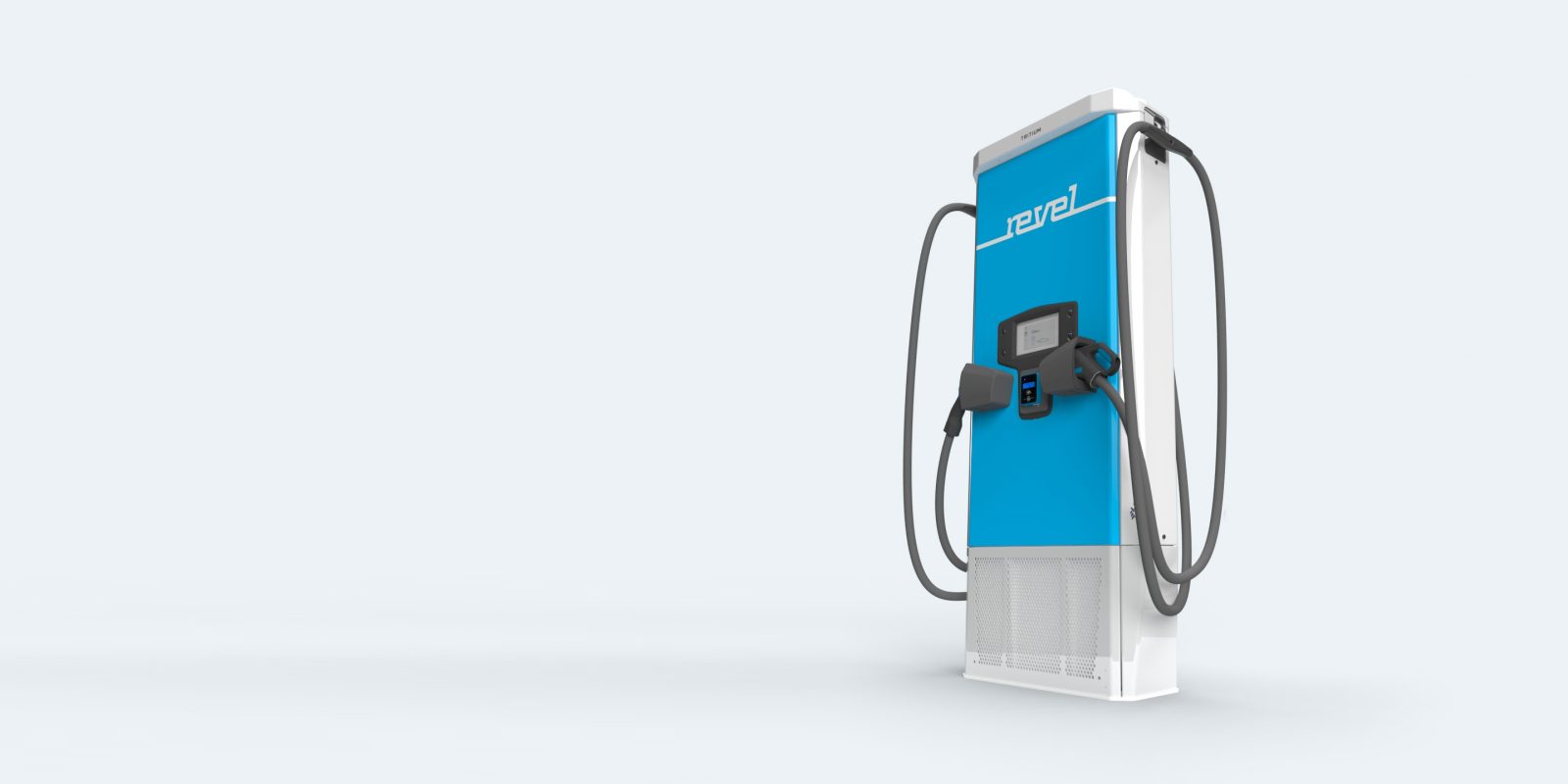 The first Revel Superhub will be deployed in Brooklyn, where the company originally launched its e-moped sharing operations.

Then in 2019, Revel switched to using NIU electric scooters and brought the first 1,000 NIU scooters to the US.

Now the company operates a fleet of 5,000 electric mopeds in a handful of cities across the US including NYC; Miami; Washington, DC; and the San Francisco Bay area.

While the NIU scooters use swappable batteries and don’t require charging stations, privately owned electric cars are another story.

DC fast chargers, which are growing in number around the US, can quickly charge electric car batteries. Revel’s new Superhubs will deploy DC fast chargers that the company claims can provide an electric car with 100 miles (160 km) of range in under 20 minutes.

Revel has teamed up with Tritium and will be installing the RTM75 model DC fast chargers. The stations will be brand agnostic, with Revel indicating that the chargers “are compatible with any EV make or model.”

Revel has not released pricing information yet but says that there will be no hidden fees or access charges for parking at the charging station. Drivers will pay only for the charge itself.

The charging stations will also be available 24/7.

Revel’s first Superhub will be installed at the site of the former Pfizer building in the Williamsburg neighborhood of Brooklyn. It will host a total of 30 chargers.

Revel is still a young startup, and I expected to see them continue to invest in expanding their electric moped sharing operations.

They were early movers in the US market (though certainly not the first).

But just because they got in early doesn’t mean that Revel isn’t facing competition. Lime just announced that it is adding the same electric mopeds to its shared fleet as those used by Revel.

For now, Lime is only planning to run a pilot in Washington, DC, but seeing as how that just happens to be one of Revel’s operating locations, the implication is obvious: Lime wants Revel’s action.

So if Revel can expand into new revenue opportunities that align with their existing goals, that makes sense.

But it’s a bold strategy, Cotton. Let’s see if it pays off for them.