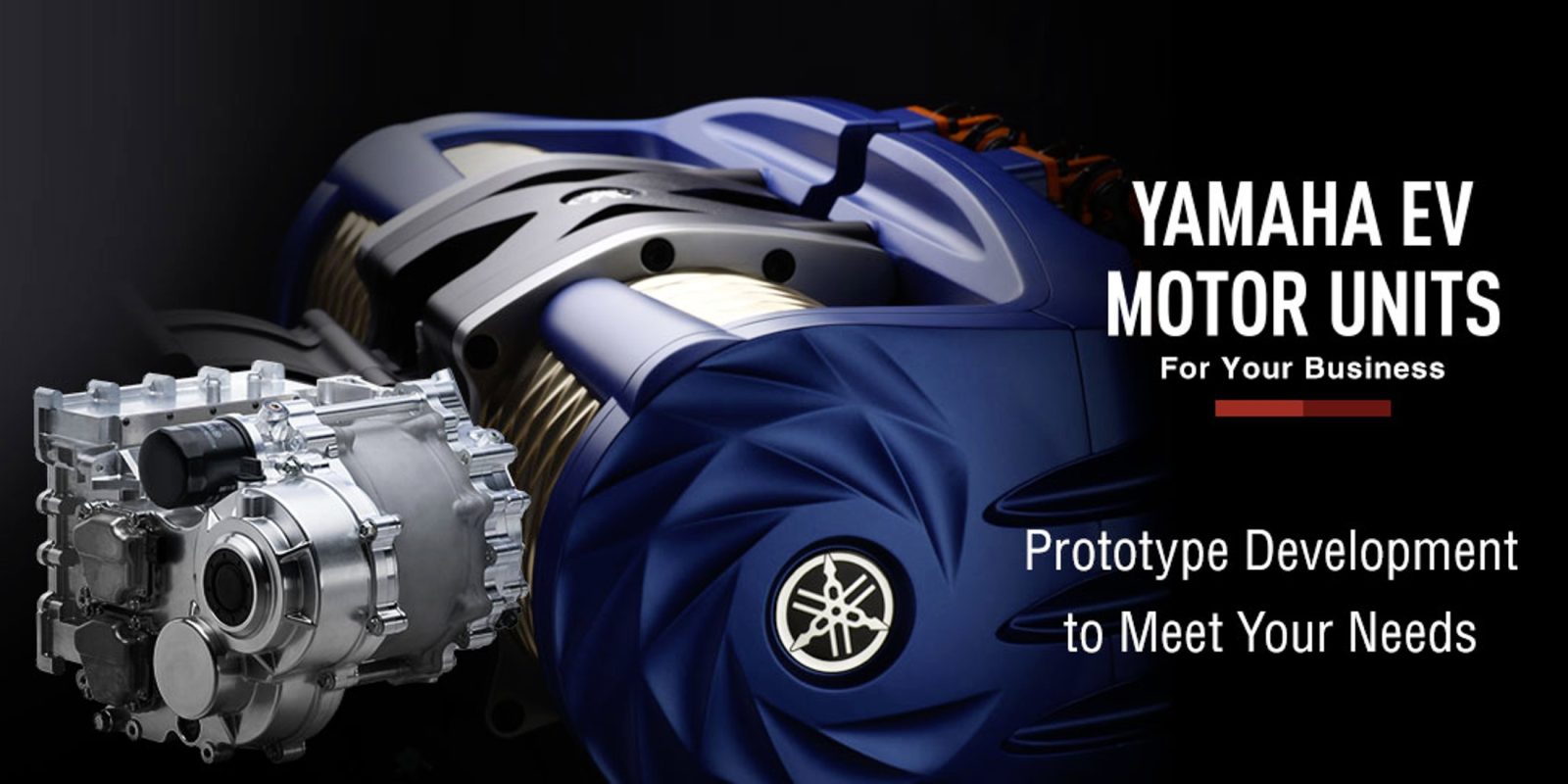 Despite Yamaha Motors being better known for its motorcycle development, the company has played an increasingly prominent role in the development of motors for both electric motorcycles and electric cars.

The smaller motors were designed for electric motorcycles, while the larger output motors were capable of powering electric cars. 150kW is what you’ll find in Chevy’s zippy Bolt or VW’s base configuration ID.4.

The company’s latest innovation is a 350 kW (469 hp) electric drivetrain. That’s enough to be more powerful than 95% of all cars and trucks on the road already.

Instead of developing the components of the drivetrain separately, Yamaha integrated the mechanical and electrical components into one unit. The motor, gearbox, and electronic speed controller are all housed in the same assembly, resulting in Yamaha reaching what it calls “the industry’s highest class in output density.”

Just two of these new Yamaha motors would provide an electric hypercar with 700 kW (938 hp) of power. You are already in Tes’a Model S Plaid territory.

Three units would offer a tire-shredding 1,050 kW (1,408 hp). That alone is bumping up against a Bugatti Chiron, the fastest ICE production car in the world.

Yamaha even showed off an example of a skateboard chassis that could easily incorporate four of these motors for an all-wheel-drive vehicle with total output of 1,400 kW (1,877 hp). You’ve now built your own Rimac Concept 2.

The challenge then becomes making a battery system that can output enough power to feed these compact beasts. And of course finding tires and chassis that can handle the torque these would put out. But assuming those problems could be solved, this shows that just about any car company can build an electric hypercar. Even potential hobbyists could get in on the action.

Except these hypercars would be quiet, unassuming and easy to drive when not on the track.

Yamaha is already taking pre-orders for the new motor system and explained that it will leverage its existing production resources and experience to develop more electric drivetrains based on clients’ custom requirements.

“Regarding commissioned prototype development, Yamaha will leverage its production technology and know-how in the casting, machining and assembly fields that give the company the flexibility to adapt to the needs of motorcycles and its numerous other products, its prototyping equipment and facilities and more in order to develop prototype motors tailoring to the specific requirements of clients in a short period.”

Despite Yamaha’s apparent progress in electric vehicle drivetrain development, the company has noticeably lagged behind in the key two-wheeled EV industry.

Yamaha’s electric bicycle division, on the other hand, has remained a strong player in the e-bike industry, developing its own mid-drive electric motors and producing a wide range of popular electric bicycles.