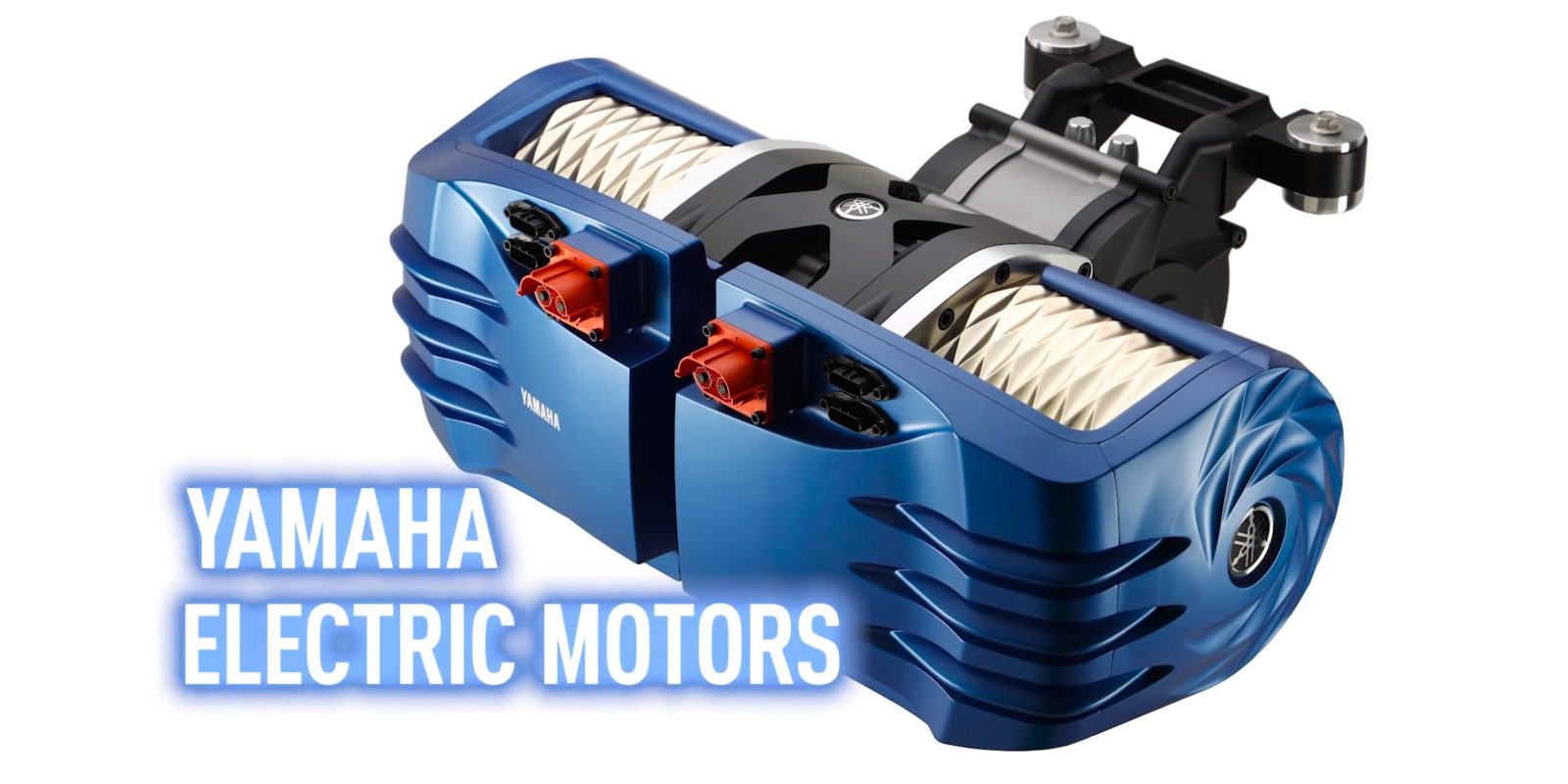 But now we’re getting a new look at a series of electric motors that Yamaha has been developing — motors that could rapidly progress Yamaha’s EV efforts.

Yamaha has been hard at work developing new electric motors and drive units sized for motorcycles and larger vehicles.

The development began in Yamaha’s motorcycle division, but has apparently grown to include larger motors capable of powering full-sized electric cars.

As part of a new video, Yamaha first shows off a 35kW unit that was developed for electric motorcycles.

It is not clear whether that rating is a continuous or peak power rating. For reference, electric motorcycles like the Zero FXS use a 35kW peak-rated electric motor, which we found to be a nice balance between thrilling and efficient, especially for such lightweight vehicles.

On the heavier side of things, Yamaha also shows off a new 150kW unit designed for full-size electric cars.

In the video (embedded below), Yamaha demonstrates a pair of the 150kW Yamaha electric motors powering a rear-wheel drive electric car.

We developed EV motors first with our motorcycles, and we’ve continued that work, but also combined the know-how from our engines to create these new units. The 35kW unit was developed for all small mobility applications, including motorcycles. The 150kW unit is for electric car applications.

Both of the new motor units can be seen in the video below.

Hara further hinted at how Yamaha relied on its existing production technologies to produce the compact motor designs:

We thought making the units compact was paramount. Using our casting technology for the housings enables an extremely compact design. This all results in a very small unit overall.

While Yamaha’s electric motorcycle development hasn’t been completely off the radar, we’ve seen very little progress from the company.

Until recently, that was same for Yamaha’s fellow Japanese motorcycle manufacturers Honda, Suzuki, and Kawasaki.

However, all four now appear to be making hesitant progress. Honda rolled out an electric CRF-style dirt bike last year and patented parts of an electric Super Cub recently. Suzuki’s patent attorneys have also been eating into their retainers with regards to electric motorcycle patents from the company.

And Kawasaki has gone full hype-train with its upcoming (but somewhat poorly spec’d) electric motorcycle known as the Kawasaki EV Endeavor.

Whether Yamaha plans to integrate these new motors into its own vehicles, or offer them as platforms for other companies, remains to be seen.

In either case, finally getting a peak behind the EV curtain at Yamaha now shows that Yamaha might not have been sitting twiddling their thumbs like we previously thought.