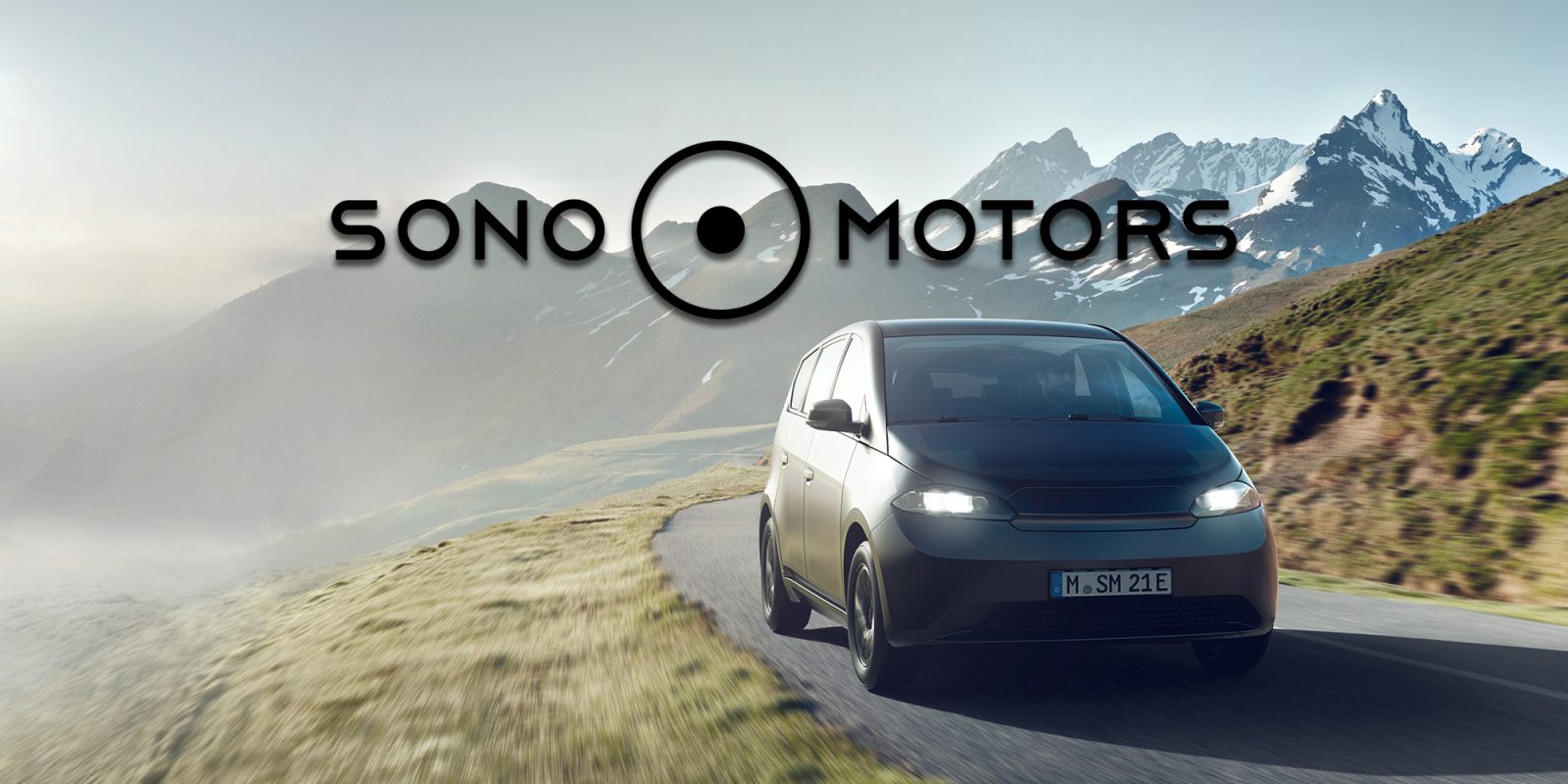 Welcome back to another EVS. We hope you haven’t missed us too terribly. Our spotlight this go-around is on Sono Motors based out of Germany. This EV startup has developed a solar electric vehicle (SEV) called the Sion that can add up to an additional 150 miles of range per week by harnessing the power of the sun. In addition to SEVs, Sono Motors has built its entire company around clean mobility, sustainability, and affordability.

Sono Motors was founded in 2016 with the goal of creating innovative mobility services without the dependency on fossil fuels. Co-founders Jona Christians and Laurin Hahn wanted to do something to change the planet for the better, so they took matters into their own hands and built their first prototype by hand out of a garage to see if their vision for an SEV was even a possibility. Three years later, as the vehicle successfully drove down the street, they knew SEVs were possible and that they had to form a company.

After a wave of crowdfunding following the prototype, Sono Motors was born. Sono’s founders’ focus from day one was sustainability to contribute to a better environment for the planet and those customers who inhabit it. As you’ll see from the company’s manufacturing and design strategies, sustainability isn’t just a buzzword to sell cars at Sono; it’s part of the automaker’s foundation. Founder and CEO Laurin Hahn recently spoke with Electrek and explained:

We founded this company with the vision of making EVs accessible to the mass market. Because, if you talk about electric vehicles, people always ask the same three questions – price, range, and charging infrastructure. And we asked ourselves, what is missing? What was missing was an affordable and mass market electric vehicle. And our solution to that is the Sion.

If this all sounds familiar to you readers, you may have seen the Sion on our website before. Electrek has been covering Sono Motors since its early inception, especially pertaining to the company’s flagship SEV, the Sion.

The Sion is a unique solar electric vehicle that again is built around practicality and reliability rather than radical design. The number of vehicles on the road looks to eclipse 2 billion by 2035, but our population is growing at a much slower pace. Still, we are seeing more and more vehicles outnumbering people to drive them.

Even if we obtain the charging infrastructure we so desperately need, many vehicle owners will not have their own homes to park and charge their EVs. Sono Motors sees the Sion as a long-term solution to this issue, where it can generate energy when needed using the sun. CEO Laurin Hahn explains:

The current generation 2 Sion prototype has a unique yet standard exterior. Its body consists of 13 solar modules, which are integrated through injection molding polymer. This results in a polymer body that contains 248 seamless solar cells around the entire vehicle ready to harness the power of the Sun. To save costs and add additional defense against wear and tear, Sono decided to forego paint to save energy and cost for consumers. Sono COO Thomas Hausch explains:

Wherever possible, we are using the most environmentally friendly technologies, such as no paint job. It helps to approach things differently than what we all believed in automotive – that every consumer wants to have their own special car. We’re not selling Prada handbags, we’re actually getting a somebody car that performs extremely well even when they, or because they all look alike.

Hopefully black is your color!

As a result of its unique solar exterior, the Sion can add 16-17 km (~10 mi) of range per day on average. That’s about 112 km (70 mi) per week on average, although the Sion can add as much as 245 km (152 mi) depending on the weather. Sono Motors’ team also wanted to reiterate that these numbers come from temperamental German weather, as they were in shorts last week and saw snow this week.

Without solar, the current Sion prototype can travel 255 km (~158 mi) on its 35 kWh liquid-cooled battery and 120 kW powertrain. This offers a top speed of 140 km/hr (87 mph) and 270 Nm of torque. The Sion can be charged with level 1 or 2 AC charging or DC fast charging via CCS port. Not only can this SEV charge itself up, but it can also offer power to other outlets such as your home or even other EVs.

Sono’s CEO Laurin best explained how the company decided to include AC bi-directional charging rather than DCFC:

We always asked ourselves, if this is a solar car, why not be capable of giving power back? So we came up with this idea of bi-directional charging like a power bank on wheels. It can either charge other vehicles or you can plug it in at home and replace your home storage. Or… long term thinking, stabilize the grid in a vehicle to grid way of thinking. Everyone else is the EV industry is working on DC bi-directional charging, but for consumers this is not very helpful because of the high cost of components and availability of them.

As a result, all EVs can connect to the Sion and gain a charge via AC Level 2. At 11 kW output, that’s a substantial AC charge for other EVs looking to gain a little juice. Furthermore, with the solar panels charging up to 5kWh of battery life each day, you can charge or power other devices without necessarily having to use a grid.

Sustainability on the Sion and beyond

As we may have mentioned, clean renewable energy and sustainability are on the minds of the Sono Motors team in every decision. That’s why the company offers additional features on the SEV to support its mission of bettering the world. By using Sono’s immersive app, Sion owners can check the status of their solar or grid charge and control charging to other outlets.

Additionally, drivers can make their Sion available for others to drive through the app as a ride-sharing feature. Whether it’s family, friends, neighbors, or strangers, owners will have the ability to decide who can take their Sion for a spin when they’re not using it. They can also charge a fee if they’d like. This again speaks to the company’s battle against vehicle overpopulation and fossil fuels.

Additionally, vehicle owners will be able to fix their own Sion’s themselves for any repairs that do not relate to electrical or safety features. The automaker plans to have certified technicians at local auto shops who can handle the more complex stuff, but Sono sees a growing community of DIYers online and plans to offer instructional content on how to perform simple fixes to certain components. This can add longevity and sustainability to the Sions when they deliver.

Lastly, Sono has chosen a contract manufacturer in NEVS that utilizes a former SAAB facility that operates using 100% renewable energy. Mostly by water power in Trollhättan. Furthermore, the team at Sono Motors understands the C02 impact of transporting goods from around the world and tries to combat it wherever possible. Sono claims this includes offsets built into the price of the Sion, so the car rolls onto the street with net-zero emissions. CEO Laurin Hahn said it best, “We need to do something now. Time is running out.”

The future of Sono Motors

Looking ahead, the biggest focus for Sono right now is to get the Sion SEV into full-fledged production. The current Gen. 2 Sion’s are what Sono calls its “mules” that feature the final design and can be shown around and tested. The next SEV iteration of the Sion will be the prototypes that have the final parts but are not yet assembled at its factory/assembly line but at a remote assembly facility. Those prototypes will see long-term testing before hitting the NEVS assembly line. The automaker is still on pace to begin deliveries of the Sion in 2023.

This is visible on the roadmap above provided on Sono’s website. They are huge on transparency and post detailed development updates every two weeks for consumers to read. When we asked why the automaker felt the need for this transparency, the executives simply replied, “Why not?”

In addition to the Sion, Sono has developed an EZ10 autonomous shuttle prototype with EasyMile and a solar truck trailer with Finnish company Valoe. The company has now realized that solar integration is sustainable and licensing to others has quickly become a part of its business model. Sono’s COO and CEO told Electrek that there are several discussions taking place with other automakers about licensing, but nothing they can disclose yet. Check back with our Sono Motors guide for the latest and greatest.

Still set to deliver in 2023, the Sion SEV is priced at 25,500 Euros including VAT, which is roughly $30,000. Electrek asked if Sono had plans to expand to other markets outside of the EU with its Sion SEV, like the US, for example. We were told that the immediate focus is to roll out in Europe and deliver to those who have already placed orders, but they’d be lying if there weren’t some discussions about other markets. Sono recently announced over 13,000 international reservations and payments totaling 278 million euros, so they already have a nice group of customers to deliver to first.

For now, we wait for the final version of the Sion SEV to deliver in 2023. Just think, if you purchase one now, you don’t have to spend all this time agonizing over what color to get.