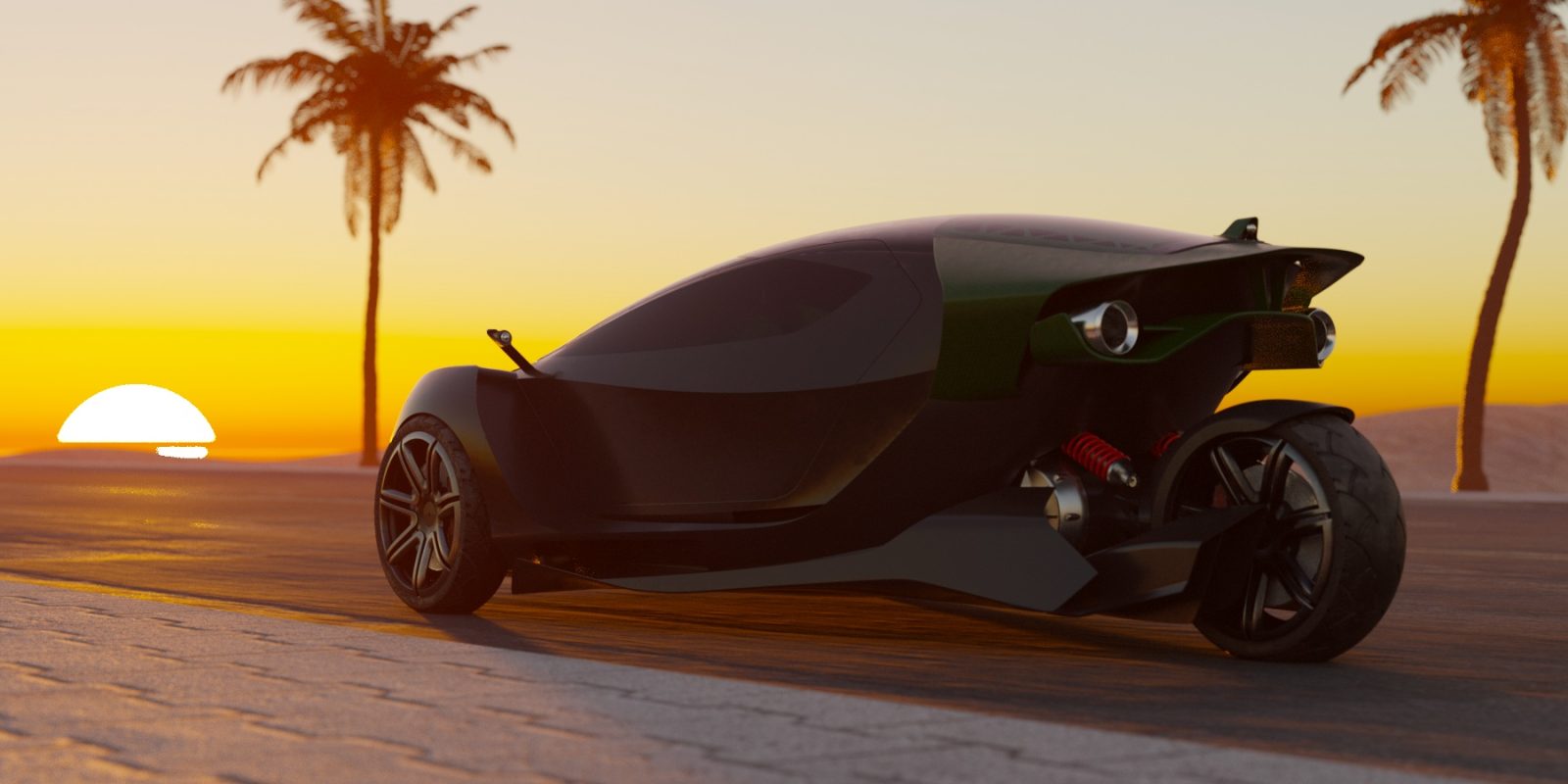 Canadian electric vehicle manufacturer Daymak is following up on its announcement of a series of new electric vehicles with the unveiling of its first three-wheeled electric car, the Daymak Spiritus.

The Daymak Spiritus is claimed to be the “world’s fastest three-wheel electric car.”

The three-wheeled EV is available in two performance levels. The Spiritus Ultimate has a top speed of 130 mph (209 km/h), while the Spiritus Deluxe has a more muted top speed of 85 mph (137 km/h).

The Ultimate version owes its top speed to an all-wheel-drive design peaking at 147 kW (197 hp) of power. It also sports a large 80 kWh battery rated for 300 miles (482 km) of range, compared to a smaller 36 kWh battery in the Deluxe model offering 180 miles (300 km) of range. The Deluxe model also has a lower 75 kW (100 hp) power rating, though it is not clear if it uses front or rear wheel drive.

The Ultimate model adds in carbon fiber bodywork, wireless charging, autonomous driving, automatic opening doors and a “Traction and suspension system.” I’m not sure if that means the more affordable model lacks traction or suspension, so take that for what you will.

Of course it’s fairly easy to add in a list of fancy features when the car doesn’t actually exist yet. Though to be fair, they do seem to have a functional prototype, seen below.

Daymak is taking reservations to hopefully enable production of the vehicles at the company’s Toronto facility.

Assuming they stick to their schedule, Daymak claims the Spiritus models should be available in 2023.

The Spiritus is just the first of six models to debut as part of Daymak’s Avvenire line, revealed late last year.

Other light electric vehicles in the line include the electric bicycle Terra, a covered recumbent bike Foras, an AWD electric scooter Tectus designed for all weather conditions, the Aspero enclosed ATV, and the Skyrider high-performance flying EV.

So here’s the thing.

These are obviously some lofty goals and high price tags for what appears to be just a series of renderings.

That said, this isn’t some scam company. Daymak is a respected Canadian light electric vehicle maker that has been around for nearly two decades. They actually build some of their light EVs right there in Toronto. They’re the real deal, not some smoke and mirrors startup.

The issue though is that Daymak is mostly known for low-tech, affordable electric two-wheelers and mobility scooters. That’s their bread and butter when it comes to light electric vehicles. Sure, they’ve expanded into bigger and cooler things. But their core competency isn’t in the world’s fastest anything.

So I have a hard time imagining that this maker of some of the coolest old folks’ electric mobility scooters is going to build a quicker EV than the Tesla Roaster.

I sure hope to be proven wrong, but for now I’m not going to bet $150K on it. Fortunately no one has to, since Daymak is only talking $100 deposits toward reservations for now.

For anyone who wants to get in a three-wheeled EV sooner than 2023, you may want to check out Arcimoto’s FUV. I recently took a ride in one and it was the most fun I’d had all week. It won’t hold a candle to Daymak’s claimed 1.8s 0-60 mph time, but it exists.