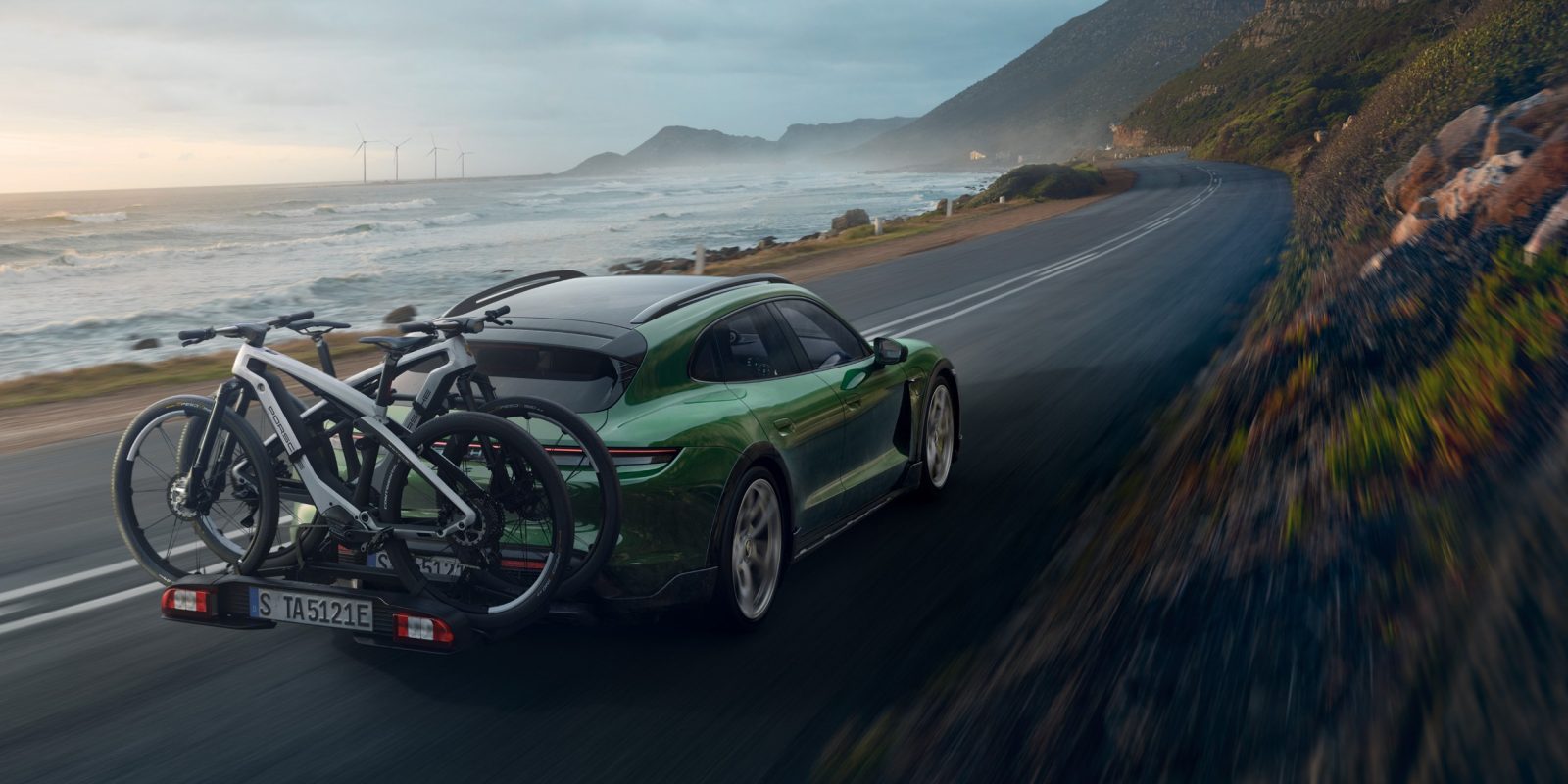 Porsche claims the frame designs follow an “organic shape inspired by the lines of the Porsche Taycan.”

The Porsche eBike Cross also gets a hydraulically operated Crankbrothers dropper post to let riders dynamically adjust seat height in the middle of a run.

Both the Cross and the Sport can reach a top speed of 25 km/h under pedal assist, which is the legal limit for these types of electric bicycles across Europe.

The new e-bikes will be available later this spring where they will be offered in three frame sizes at Porsche dealerships and select specialist bicycle outlets.

If you have the cash for a Porsche Taycan, then you’ll likely be in the group that can at least consider a Porsche e-bike to go along with it. And Porsche has you covered if you ever want to bring them both along for the same trip.

That image at the top of the article of the bikes on the rear carrier of the just announced Taycan Cross Turismo isn’t only for show. Porsche actually specially developed that carrier for the job.

Porsche has developed a unique strong load-bearing rear carrier for the new Taycan Cross Turismo that can be easily in-stalled, and is perfectly designed for transporting the eBikes. Thanks to long wheel rails and a high payload of 50 kilograms, up to two eBikes can be mounted and the tailgate can still be opened while loaded.