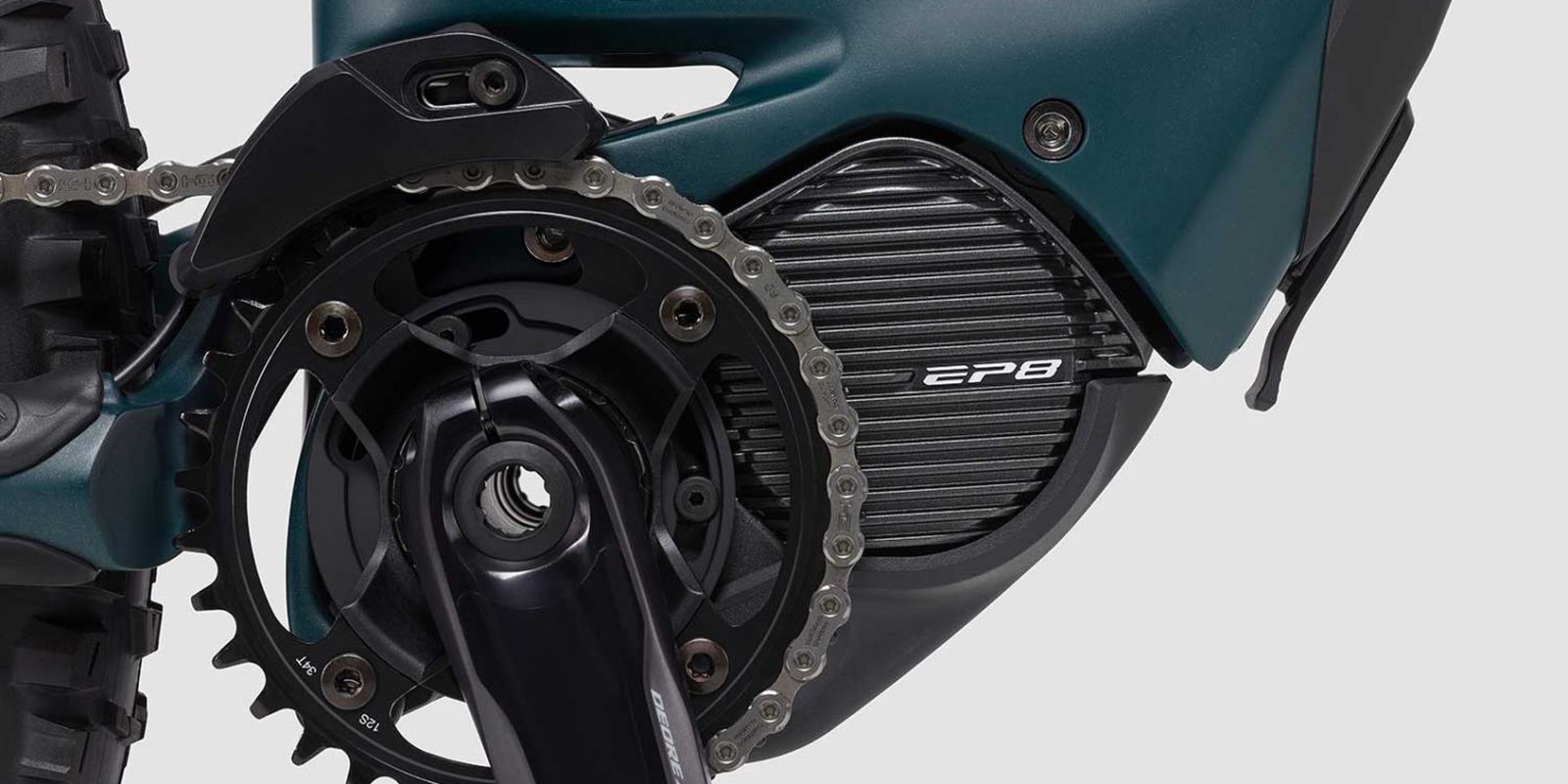 The bicycle component giant has just released its latest electric bicycle drive unit with a number of performance upgrades.

While increasing the drive’s torque, Shimano was also able to simultaneously reduce the weight of the unit to just 2.6 kg (5.7 lb).

EP8 delivers up to 85Nm of torque, a 21% increase (in Trail and Boost modes) over the STEPS E8000 motor platform (Shimano’s previous top-end eMTB drive system).

With 85 Nm of torque, Shimano is competing head-to-head with Bosch’s most powerful mid-drive motor. But for any riders who don’t want such high torque on tap, Shimano’s E-Tube Project app allows riders to adjust the maximum torque anywhere in the range from 20-85 Nm.

The Shimano EP8 drive unit also features a new gear design that reduces gear drag by 36%. That should help it feel more similar to pedaling a traditional bicycle. The reduced motor noise will also help riders forget that they’re pedaling an electric bike instead of an acoustic bike.

Thanks to a new seal structure and gear design, drag is reduced by 36%, getting much closer to the normal pedaling feeling of a traditional bike. Riders will feel a smoother cutoff as they reach the maximum assist speed and then benefit from lighter pedaling without assistance.

The new Shimano EP8 motor unit is designed to integrate with Shimano’s larger-capacity batteries that were announced earlier this spring.

A major part of the new motor’s programming includes an emphasis on smoother power delivery.

A new algorithm was developed to more accurately calculate and apply the proper amount of power based on the rider’s pedaling, which also results in a slight range increase as well due to less energy being wasted when it isn’t needed.

The new algorithm constantly calculates the ideal assist ratio for the situation. This simple concept improves the ride quality in all situations, eliminating the lurch forward and wasted energy as the bike accelerates while also continuing to provide additional assistance when the trail gets tougher and the rider works harder.

The release of the EP8 sees Shimano holding steady with other industry leaders such as Bosch and Brose, which each released their own new motors recently.