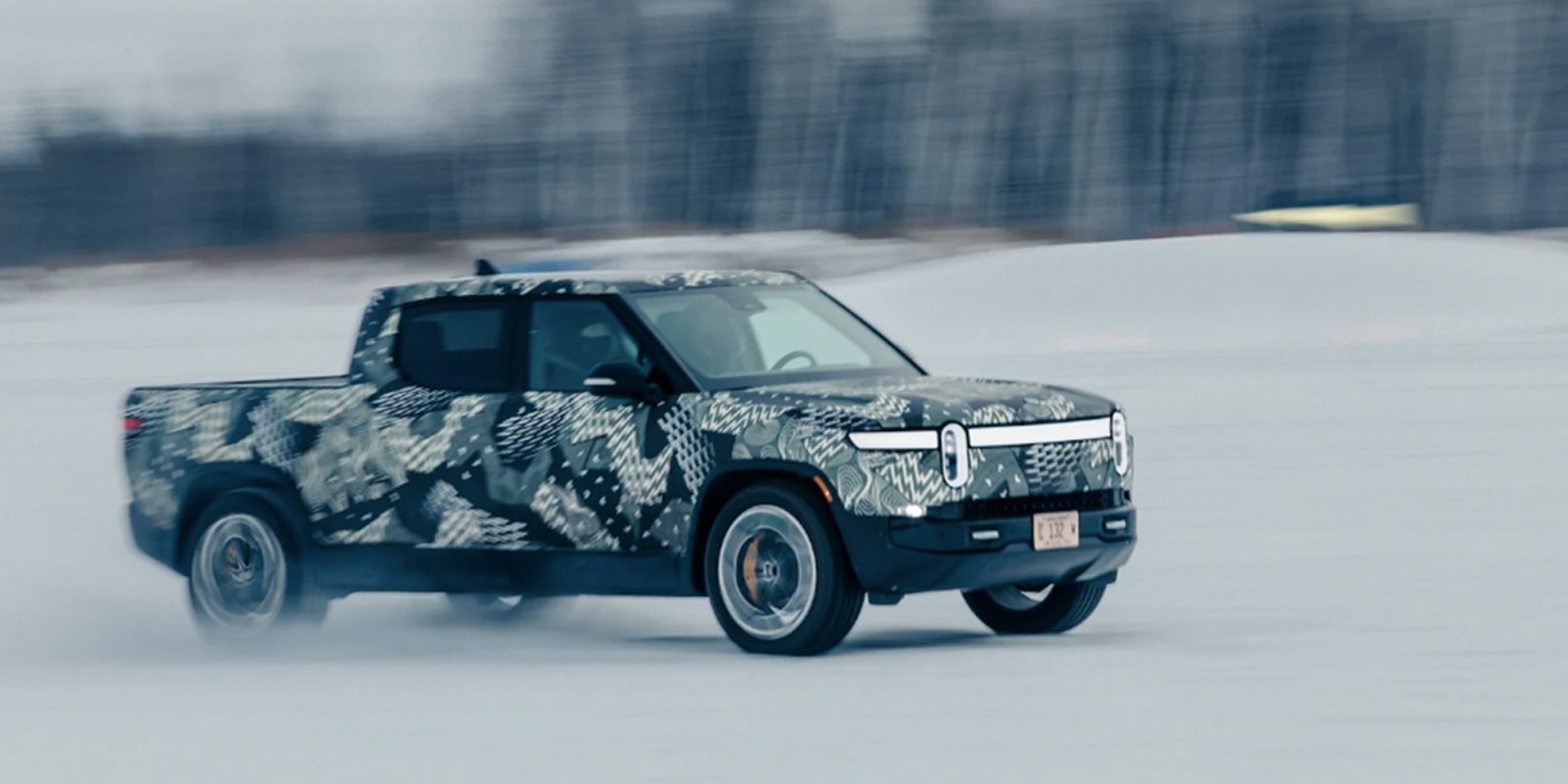 Last week, Rivian released a slew of winter test footage of its upcoming R1T pickup. Fans in Rivian’s forums have managed to catch an interesting anomaly in the shared content. One of the R1T EVs in the background appears to have a smaller cab and different wheelbase. Could it be a first glimpse at an R1T extended cab from Rivian?

First, it’s imperative to state from the start that any observations must be filed as speculative at this point. There has been zero confirmation from Rivian. Please take all of this information with a grain of salt, as we analyze it to the best of our ability based merely on images. With that said, have a look and decide for yourself.

At least one Rivian R1T had a unique body

In perusing the Rivian forums, members pointed out a unique body in the background of Rivian’s test footage. There is one R1T wrapped in white that appears to have a narrower rear cab door and smaller window. Furthermore, the wheelbase appears to be smaller as well, although that could very easily be the angle of the image.

From the image in question, it’s impossible to tell if the smaller cab also features a longer bed. Although if it is in fact sitting on a smaller wheelbase, a longer bed seems unlikely. According to specs on Rivian’s website, the current wheelbase for the R1T is 135 inches while the R1S is 121 inches.

Others pointed out that the same white R1T appears later in Rivian’s video without any evidence of an extended cab. However, while it is a white wrapped R1T, the latter EV does not appear to be the same. A closer look reveals that the traditional crew cab R1T has a normal rear window with no wrapping. It also appears to be riding on different wheels.

Again, there is no confirmation that this could be a smaller version of the upcoming R1T pickup from Rivian. Some forum readers saw the shorter wheelbase and thought perhaps the automaker rigged together a smaller EV using R1T components. This could simulate a production version of its R1S SUV for winter testing.

This seems possible but unlikely, given Rivian has multiple R1S prototypes, even if the automaker hasn’t driven a production version of the assembly line yet.

What’s perhaps more interesting are recent comments from Rivian’s CEO, RJ Scaringe. He speaks about future variations of the R series models that will be smaller and more affordable. Here’s what Scaringe said last week in an interview with Motor Trend:

The R1 family of vehicles comprises the halo products, but lower-priced models are being planned. Scaringe says there’s a whole slew of products to follow and the naming convention will continue, which means next up would be an R2 series of at least two smaller electric vehicles to coincide with the smaller platform they will ride on, then another platform for R3.

Rivian has not shown any of the future products, but the company is oriented to adventure-type trucks and SUVs. Executing means additional production capacity, different form factors, and different price points and markets, Scaringe says. It is reasonable to assume similar body styles but in different sizes.

So clearly, Rivian has smaller variations in the works, but is the company this far along already?

While this could be exciting and welcome news for future Rivian drivers, it’s still too early to truly get excited. Rivian has yet to confirm any upcoming models apart from its upcoming R1T and R1S this summer. The other Rivian EVs have been spoken about vaguely, as you can see above.

It’s still interesting to see potential variations Rivian may or may not be working on, even if it does require some imagination at this point, especially to suit the preferences of all customers, as some will prefer a crew cab, some a longer bed, etc. Rivian has yet to respond for any comments, but we will keep an eye on things as these move forward.

Lastly, big shoutout to the Rivian forums for spotting this variation. Although everything remains unconfirmed and speculative, there might be something cool there. Check back with our Rivian guide for future news like this.