Honda E-Cubs – How many could we convert to electric? 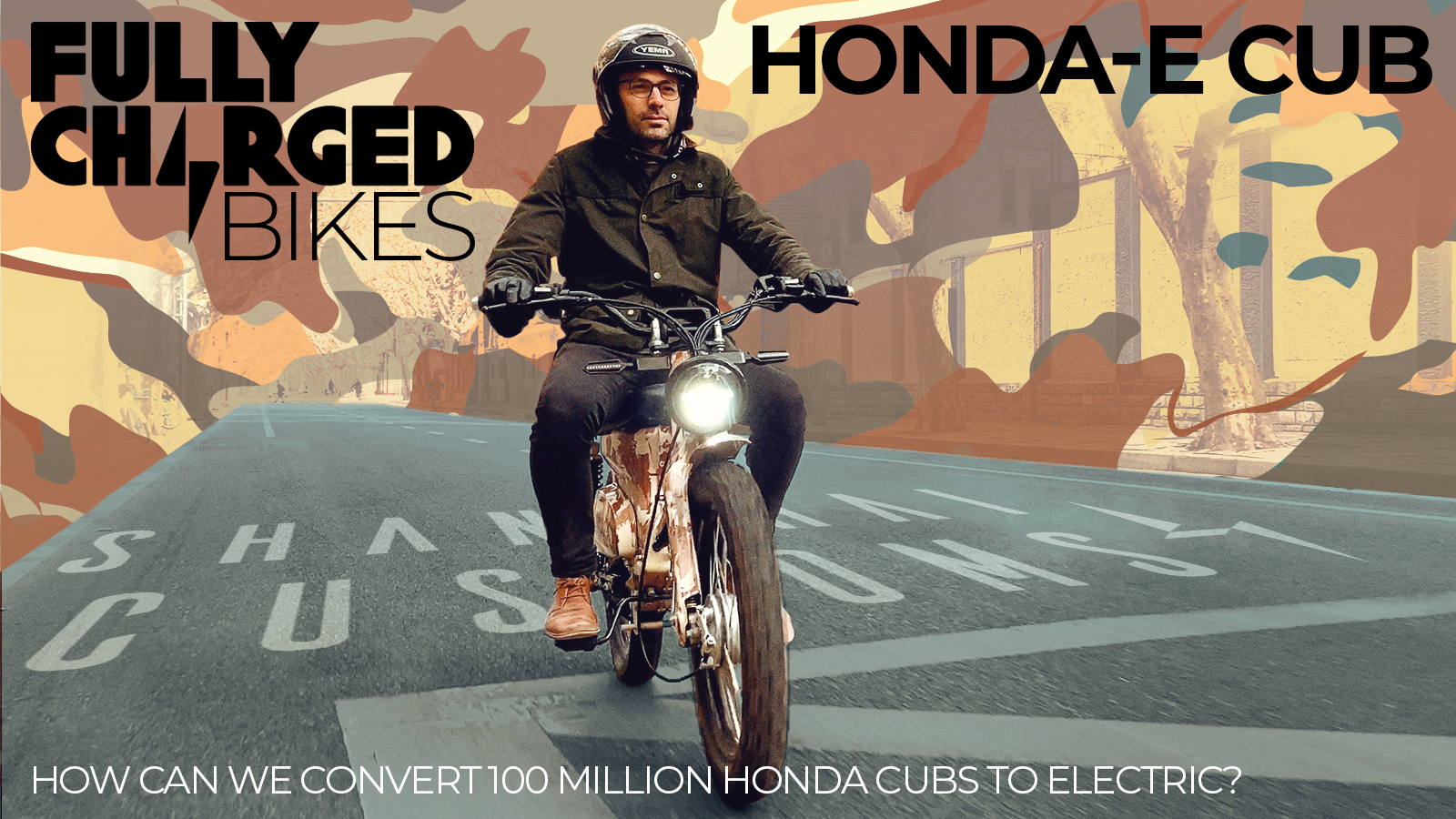 When, as people who work, live, and breathe electrification, we think about the future of transport, it’s all too simple to slip into linear logic – an assumption that over the next decade, car owners will switch from gas cars to electric vehicles. But if one of the principal drivers of electrification is environmental, shouldn’t we be taking a long, hard look at the billions of vehicles that have already been built?

[Note: This is an ongoing collaboration between Fully Charged and Electrek]

Thus far, electric conversions have largely been confined to customizing and giving a new lease of life to classics, and we think that this market could be much more sizable than staid financial analysts could possibly anticipate. Naturally, there are some cars that are more convertible than others, but French firm Transition One are doing some interesting things to 15 different types of more mainstream vehicles.

But why stop with cars? For example, the highest-selling motor vehicle in the world is actually a two-wheeler. Globally, there have been more than 100 million Honda Cub motorbikes produced and sold.

We sent Elliot Richards to see Shanghai Customs, a small British startup that specializes in electrifying the most popular vehicle of all time. And if we thought this was a niche pursuit, we were proven very wrong. The custom kit is being sold in 20 markets worldwide, not least in the biggest markets for Honda Cubs: California and Japan. In fact, Shanghai Customs ships to all continents, bar Antarctica. The conversion kit costs a modest $2,800 if you already own a Honda Cub frame and Shanghai Customs claim that, thanks to clever color coding and numbering, the conversion can be carried out by a reasonably proficient individual armed with some hand tools in around 15 hours.

Once complete, you will own a stylish, stripped-back version of the Honda Cub. It’s great to drive, highly maneuverable with its absorbent, chunky tires, and pretty rapid, too. It also includes a comfy seat, cool-looking LEDs, and an intelligent customized screen. Under the seat there’s a 1.3 kWh removable Panasonic battery that, allied to a 1000w rear hub motor, offers a top speed of 41 mph, and a very respectable 31-mile range. This episode really opened our eyes to what’s possible, and all of this begs the question, why isn’t Honda doing this?

Sure, Honda has showed off a concept electric Cub before, but years have now passed without so much as a peep from the company. The only trickle of news regarding a potential electric Honda Cub is a patent application that was uncovered last summer.

But Honda has been patenting some wacky electric concepts lately, including an electric motorcycle with a built-in drone, so who knows how likely these patented vehicles are to ever make it to production.

As Honda has stalled on its own electric Cub plans, other companies have stepped up to provide alternatives. The CSC Monterey is an electric Cub-clone that looks like a million bucks (but costs just 0.2% of that sum and around the same price as the conversion kit).

As long as Honda continues to drag its feet on an electric Cub, DIYers will continue to build their own with kits and parts like those from Shanghai Customs. And that presents a much bigger question. Is this global disruption, the conversion of millions of existing vehicles of all shapes and sizes, adequately priced into the financial modelling of Big Auto and Wall Street? After all, if you can give a used vehicle from the 1950s a few years more, this could have serious ramifications for industries that have benefited from the obsolescence cycle. After all, if they customize, your customers might not be your customers anymore.