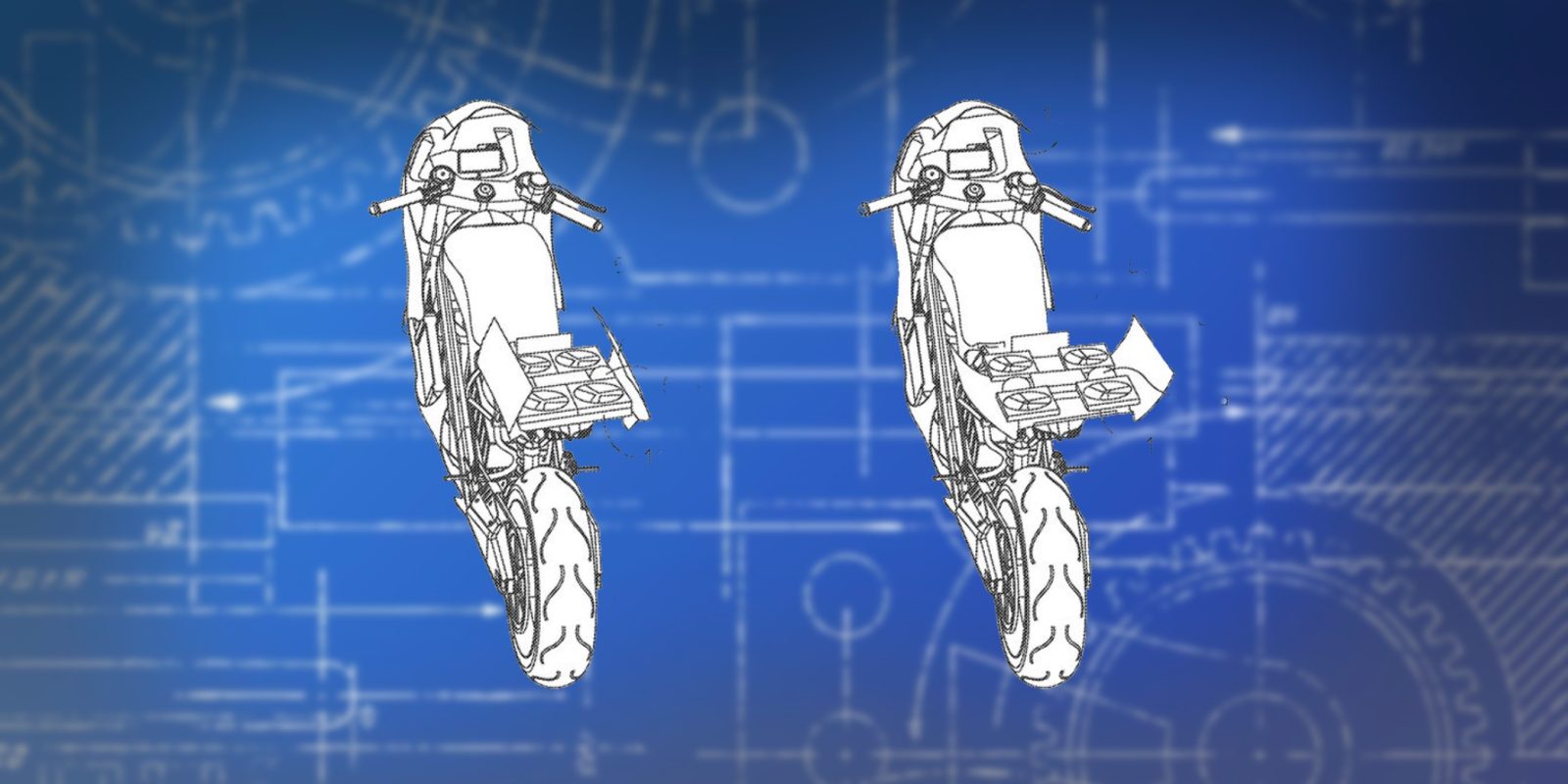 Well, this is surely one of the weirder news stories I’ve written recently: Honda apparently wants to stuff a mini drone into the tail of an electric motorcycle.

The somewhat vague use case in the patent doesn’t go into very much detail.

But while Honda is a bit light on the “why,” they at least don’t hold back on the “how.”

Based on the diagrams and description in the patent, which was uncovered by Cycle World, the small drone is a quadcopter mounted in a rear tail box.

The tail box would be normally closed, perhaps offering something of a rack functionality when not in use.

But when activated, the tail box would open and allow the autonomous drone to fly out and ahead of the motorcycle.

The drone would also expand its footprint by spreading its rotors further apart after the motorcycle’s tail box opens.

The drone would even apparently be capable of navigating and returning to the motorcycle by itself, allowing the motorcyclist to focus solely on operating his or her bike.

As someone who frequently captures his own drone footage of e-bikes and e-motorcycles, I can tell you firsthand how difficult – and dangerous – it is to try to operate both simultaneously.

So why would a motorcycle need its own deployable drone?

Honda’s description includes a few reasons that stretch the imagination.

First Honda contends that the drone could be used for ferrying back and forth swappable batteries for the electric motorcycle.

That’s going to be a tall order considering today’s technology. The Zero FXS electric motorcycle can be configured with two swappable 3.6 kWh batteries. But each one weighs around 42 lb (19 kg), so no drone the size of a personal pizza is going to be lugging one around.

On the other hand, Honda also proposes a somewhat more realistic use case of a traffic-scouting drone.

This presumably makes sense; who hasn’t dreamed of their own personal eye in the sky to help spot and avoid traffic up ahead?

The problem is that the electric motorcycle depicted in the patent is obviously a sport bike, and no drone like the one seen in the diagrams is going to be able to keep up with such a bike when traveling at speed. And don’t get me started on the precarious docking procedure while roaring along an open road.

Instead, the traffic-spotting drone would probably need to be launched and retrieved at rest. In that case, it’s more of a “when will I get out of this traffic jam?” type of drone that could potentially spot how far ahead the congestion ends.

The last use case for the drone is as a potential augmented cooling system for the bike. The drone would apparently be able to use its rotors to suck air past the warm motor and battery.

Honda’s electric motorcycle-mounted drone idea is surely a bit pie in the sky, but perhaps they are just trying to lockdown the space in case the technology ever improves to the point that this could become practical.

I’d much rather see the company investing its time and resources into producing that awesome-looking electric CB125R we spied recently.

Now that’s a Honda I would wait in line to buy.