Iconic Honda Super Cub is back, and this time it’s electric!

The Honda Super Cub is a legendary retro-styled motorbike that has been in continuous production since 1958. With over 100 million units sold, it holds the record for being the most produced motor vehicle in history.

For all of its strengths however, the little retro scooter has one major downside: its internal combustion engine. Sure, it’s a gas sipper instead of guzzler, but it’s gas nonetheless. Until now, that is, as the Super Cub is finally being reborn as an EV.

Honda has been teasing us with its own plans to roll out a factory produced EV version of their best selling motorbike. They unveiled an impressive looking EV-Cub concept at the 2009 Tokyo motor show with production planned for 2010. However, in true Honda EV style, the year came and went without any new mention. Then in 2016 the company again promised that the EV-Cub would become a reality, indicating production would take just two more years.

Well, it’s 2018 now and they don’t seem much closer. To be fair, Honda has announced some pretty cool EV concepts recently, but the company has a history of underwhelming achievements on the EV front (what ever happened to the Fit EV?!)

But one company isn’t waiting for Honda, and has instead begun producing electric versions of the current gas-powered Honda Super Cubs.

To build the eCubs, the company starts with a stock Honda Super Cub and then goes to work on it, gutting the engine and gas tank to replace them with a 1,000 watt rear wheel electric hub motor. 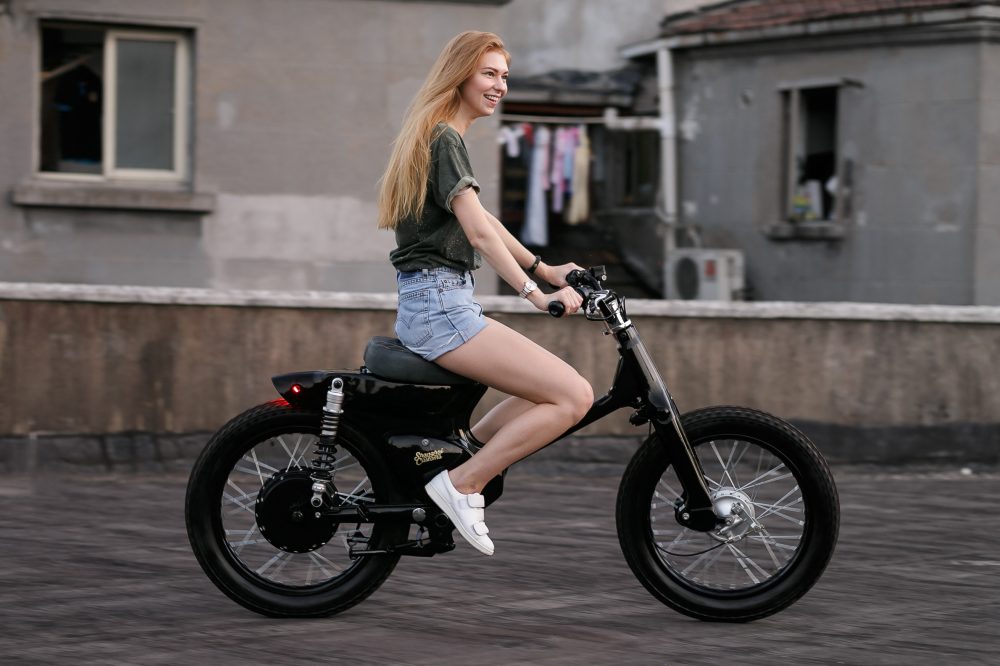 The extra room where the engine used to reside now leaves space for a Panasonic Li-ion battery to slide in under the seat. The battery is removable so that it can be taken inside to charge while the motorbike remains parked outside. It’s a small vehicle, but not roll-it-into-your-apartment small.

Shanghai Customs began producing their own eCubs two years ago, which originally came with a 2,000 W motor and could reach speeds of up to 80 km/h (50 mph). They have recently announced a second platform known as the eCub2, which is designed more for city riding and commuting with tamers specs.

The eCub2 eschews an instrument panel and instead includes a mount for your smartphone, allowing you to view all of the relevant riding data directly on your screen. And you won’t find many electrical wires on the E-Cub2. The wiring is all run internally to avoid ruining the cool retro styling of the vehicle. 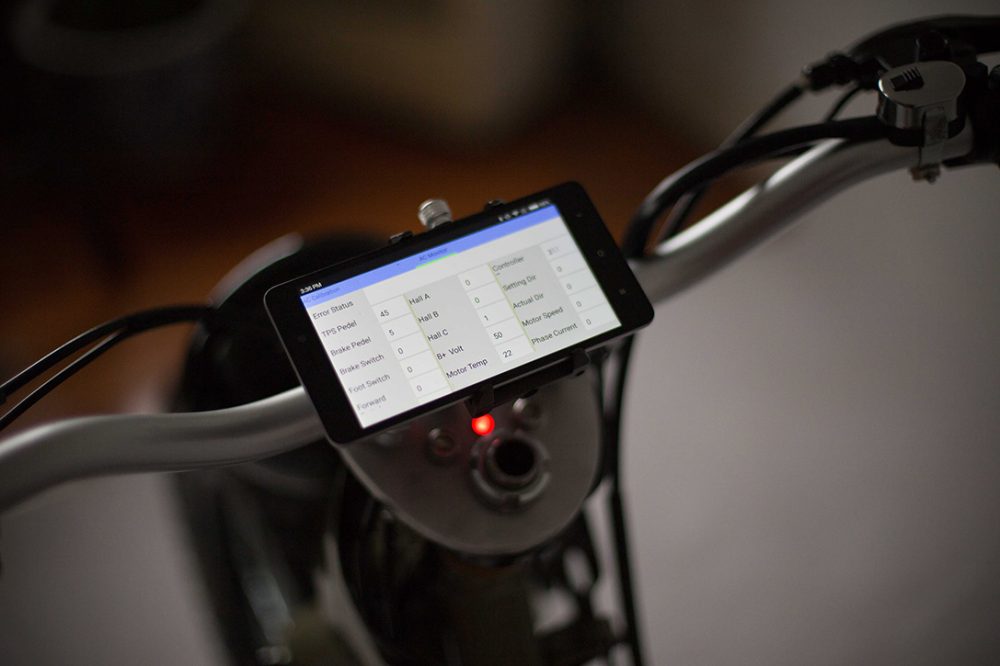 The eCub2’s range is 40 km (25 mi) at 45 km/h (28 mph) with a standard 80 kg (176 lb) rider. While that’s nowhere near the range of more conventional electric commuters such as the Zero electric motorcycle, it’s likely enough for most city commutes.

For those that already own a Honda Super Cub (that would be millions of people, presumably), Shanghai Customs doesn’t want you to have to throw it out just to upgrade to electric drive. They’ve produced a conversion kit that will allow anyone to convert their own Super Cub at home and build a custom DIY EV Cub.

The company is mostly targeting their domestic market, where government regulations cracking down on pollution have made it difficult to own a motorcycle in cities. You can still do it, but it can cost over $60,000 for a license plate. Compare that to an electric motorcycle, which costs less than $10 to title and plate. With such strong government incentives towards two-wheeled EVs, there should be a large market for E-Cubs for years to come.

We’ve been seeing an interesting mix of retro and vintage electric bicycles and scooters lately, from the 36 mph (58 km/h) Vintage Cycles’ Scrambler S to the 30 mph (48 km/h) ONYX CTY.

In my opinion, these e-bikes and e-scooters are helping to expand the audience of two-wheeled EVs by offering interesting designs that are a far cry from the cookie cutter budget e-bikes found pretty much everywhere these days.

Though the eCub2 is a bit slower at around 28-30 mph (45-48 km/h), I still believe it has great potential for city commuters – one of the largest markets for these types of e-scooters. City speeds rarely reach faster than 30 mph (48 km/h) anyways, so I’d definitely ride one to work – just as soon as I could find a cool retro helmet to go with it!