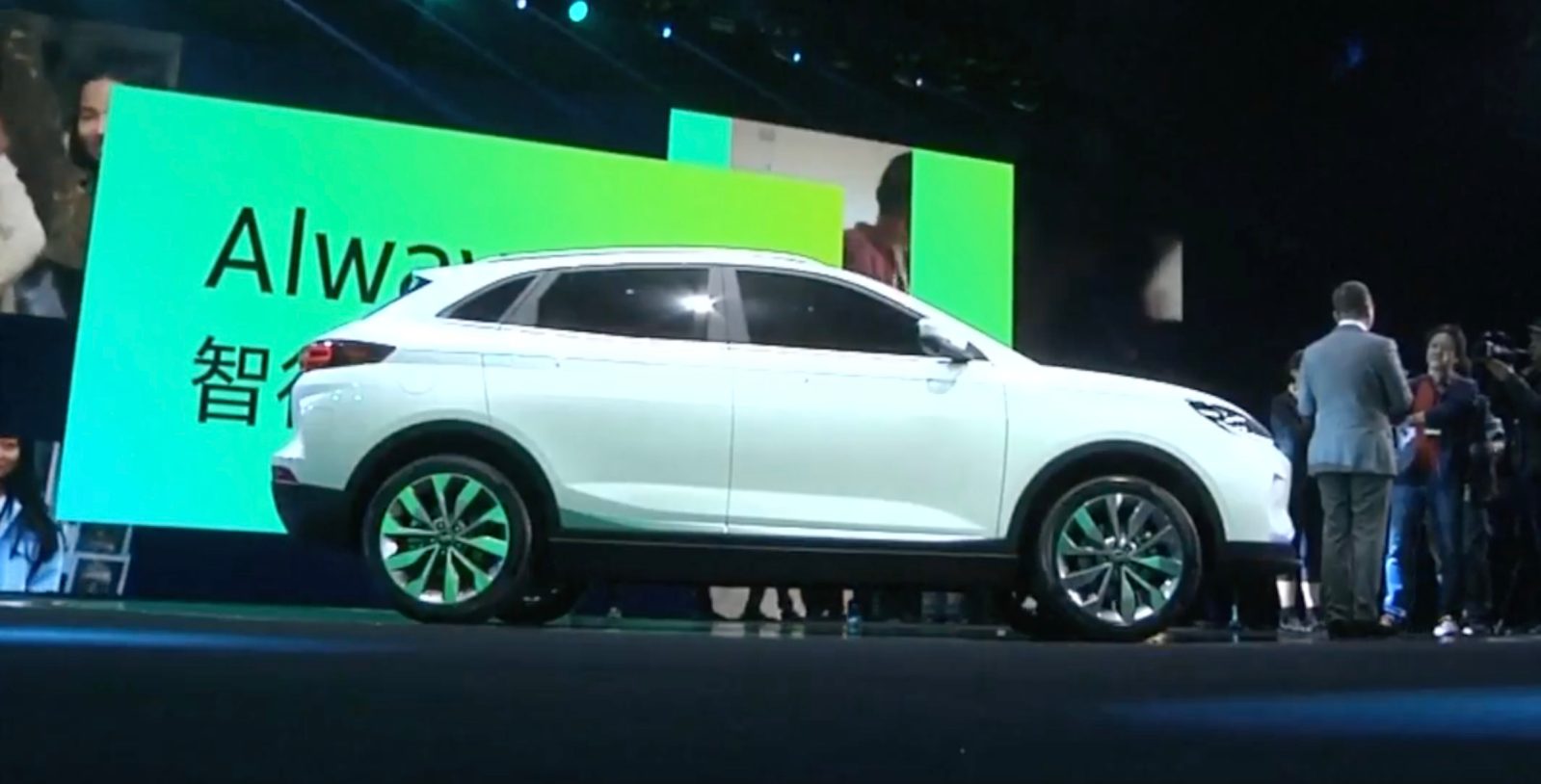 The vehicle looks suspiciously a lot like the Mitsubishi Outlander, which isn’t exactly surprising since we caught them photoshopping the vehicle on top of Outlander press images last year.

The company was founded by the former Geely executive who oversaw the takeover of Volvo, Freeman Shen.

He reportedly managed to secure over $1 billion in funding from Baidu and Tencent, who is also backing Tesla and several other EV efforts, and a permit for an EV factory in Suzhou, China, where they plan to manufacture as many as 50,000 cars in 2018.

In November 2016, images of a lineup of electric vehicles started circulating in Chinese media and they were attributed to WM Motor.

A week later, we figured out that the SUV was a photoshop of the Outlander 2016 – designed right on top of Mitsubishi press images:

After our report, the company denied that the images in question were theirs, but they had no problem having them attributed to the company up until we published our report a week later.

And now, they unveiled an actual prototype of the SUV this week and it looks a lot like the concept images aside from the orange design accents.

The company also talked about the vehicle being equipped with a series of connected and autonomous features.

The vehicle will go into production in “mid-2018”, according to the company. It’s supposed to be the first of a series of electric vehicles from the apparently well-funded startup.

To be fair, it’s quite common for car designers to be inspired by other vehicles, but I thought it was pushing it to photoshop on top of another vehicle.

And now they are denying it, but sure enough, the end result is very reminiscent of the Mitsubishi Outlander and the concept images from last year. So who released those images and how come they look like the actual vehicle a year before they launched it?

It sounds shady if you ask me, but I’d like to know what you guys think. Let us know in the comment section below.