Rivian reportedly scouting sites for a factory in Europe 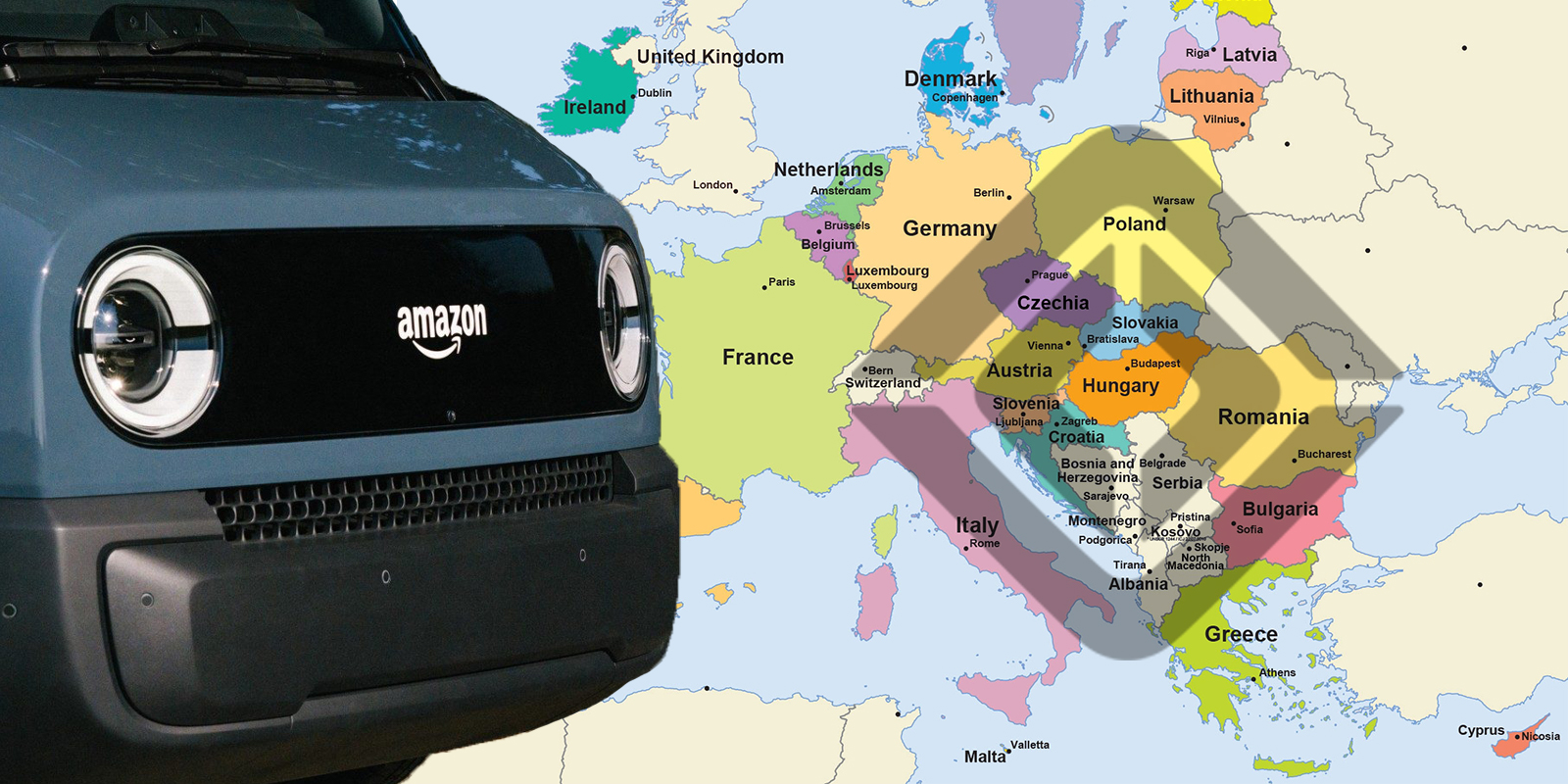 Rivian continues its recent run of occupying headlines and social feeds. This comes as the automaker inches closer to the debut of its first two consumer EVs this summer. Most recently, the Amazon and Ford backed manufacturer has been reportedly exploring locations for a Rivian factory in Europe.

Rivian’s delivery vans for Amazon will pave the way

Back in 2019, Electrek reported that Rivian was going to provide 100,000 electric delivery vans to Amazon. This news came after the global online marketplace juggernaut invested $700 million dollars. While the COVID-19 pandemic delayed the delivery of Rivian’s upcoming SUVs, the van production schedule stayed on track.

This past December, prototypes of the van were spotted around California. This past month, Amazon vans from Rivian began deliveries around the Los Angeles area, helping the online retailer get one step closer to 100% clean energy by 2025.

Rivian seems to have delivered on its promise to Amazon so far. Additionally, it continues to prioritize electric van production as it gears up for R1T and R1S deliveries this summer. It appears that Rivian is now looking to continue van production overseas. According to a recent report by Bloomberg, the American automaker has been perusing parts of Europe for a potential factory.

The report states that Rivian will first manufacture electric delivery vans, then pivot into manufacturing electric vehicles for its consumers. Furthermore, Germany, the U.K., and Hungary are all being considered as potential factory locations for Rivian in Europe.

2021 could be a tremendous year for Rivian

Early investments from fortune 500 companies like Amazon and Ford Motors helped propel the potential Tesla competitor into contention quickly. In fact, since unveiling its R1T pickup and R1S SUV in 2018, Rivian has obtained $8 billion in private capital. Despite that feat, it’s only a matter of time before Rivian goes public.

Recently, Rivian announced plans to be publicly traded as early as the fall with an IPO valued at $50 billion. It appears that Rivian is pondering traditional IPO. This is a refreshing move amongst a sea of competitors hopping in bed with SPACs almost daily. With the R1T Launch Edition set to deliver in June, Rivian could gather some precious revenue before going public. The R1S Launch Edition is scheduled for August deliveries and would also add revenue streams.

Who knows, the IPO could always be pushed to late 2021 or even into next year. A lot will depend on the revenue from its two flagship EVs (which have been completely reserved). Furthermore, if Rivian is truly looking to break ground across the pond, those costs play a factor in all decisions.

In the past three years, Rivian has had zero issues obtaining funding from private investors. Remaining flush with cash while ramping up van production followed by the R1T and R1S, takes desperation out of the equation. Currently, the automaker’s journey toward global expansion is a question of “when,” not “how?”

Erecting a Rivian factory in Europe makes sense with foresight, but mostly because Amazon is involved. To scale to Europe before releasing your first EV is probably not the wisest of moves. However, with the backing of Amazon, Rivian has a reason to build production pipelines and set up shop. When that order is fulfilled, the automaker will ideally be adding significant revenue gains from its consumer EVs. Rivian can then shift its assembly to its other EVs for quicker (and less expensive) distribution to the European market.

Easier said than done, of course. So far, nothing has been confirmed. For now, Rivian appears quite busy manufacturing delivery vans and expanding its retail presence in the US. Another strategic move as the automaker moves one step closer to becoming a household name like Tesla.