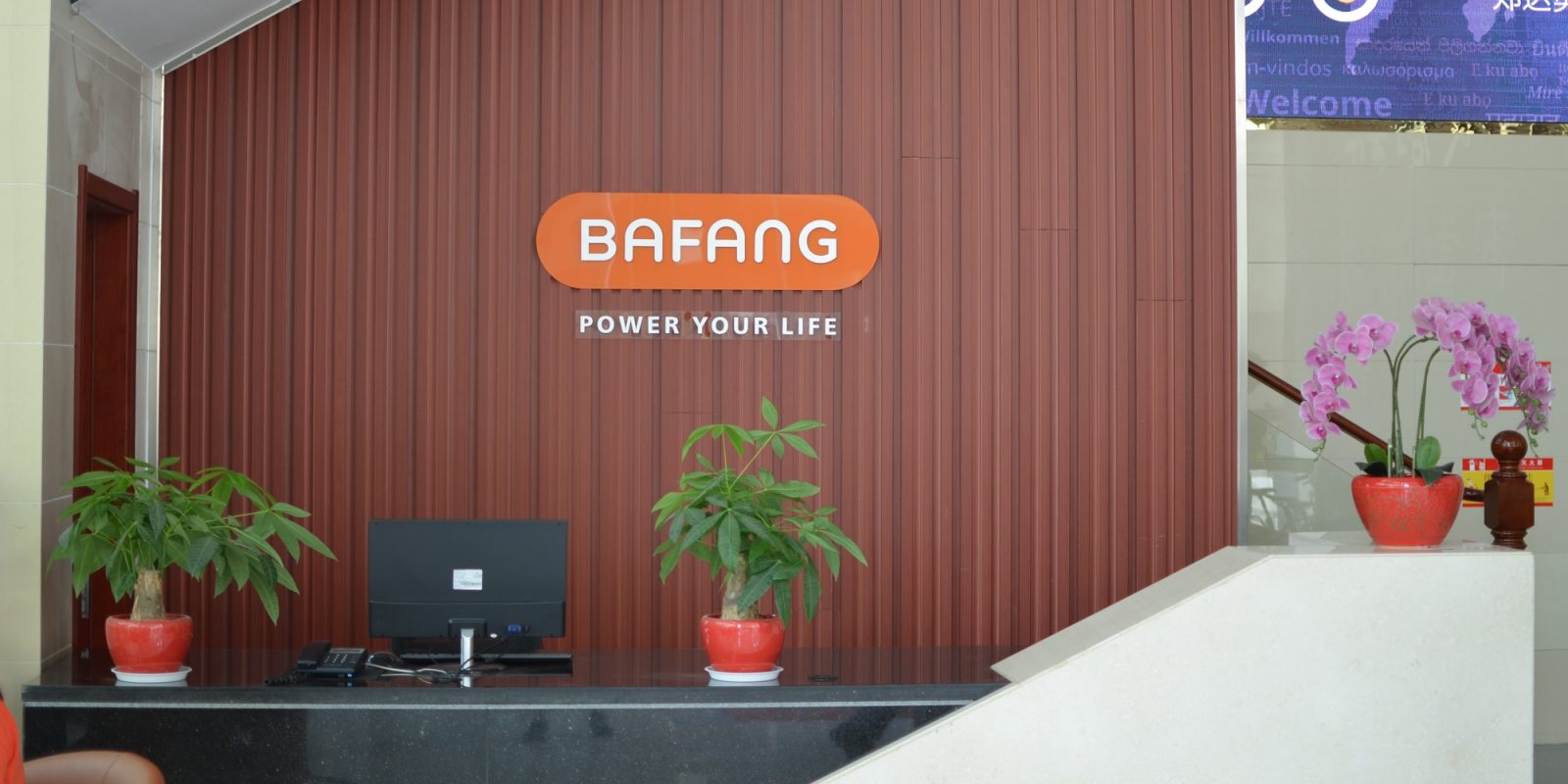 Bafang is making a new play in its battle for European e-bike market share, introducing a Dealer Direct Service concept.

Unlike the US e-bike market, which is dominated by affordably priced direct-to-consumer e-bike companies such as Rad Power Bikes and Juiced Bikes, the EU e-bike market sees conventional e-bike dealers holding onto a much larger role.

Higher-priced e-bikes featuring complete drive systems from companies like Bosch and Brose are much more common in Europe.

Chinese competitor Bafang has made inroads in the European market in the last several years as a lower-cost alternative to pricey European e-bike drive systems.

Many riders have found that Bafang’s e-bike drive systems, while often not as polished as European alternatives, can provide excellent performance at lower costs. And by addressing a truly international market, Bafang has the freedom to innovate with higher power and more features than are typically found in European e-bikes.

We had the opportunity to tour the company’s factory and get a behind-the-scenes look at how they build electric bicycle motors. Check out the video below for more.

Despite Bafang’s unique advantages, the company has always lagged behind when it comes to service.

The service will launch in phases next month as a trial in the Netherlands, according to BikeEU.

The initial launch will cover select brands of electric bicycles using complete Bafang drive systems, meaning the e-bikes sport both the Bafang motor system as well as the battery, controller, and other related parts.

The support and service department will feature trained service engineers in a dedicated service center, a dealer online portal, and other necessary service components that will be made available.

Bafang has also been expanding its after-sale support team with experienced industry insiders, attempting to improve the technical competence of the team.

The new online service portal designed for dealers will centralize service information and will streamline procedures for guarantees and warranty conditions. Technical manuals, troubleshooting guides, and dealer training will also be included in the dealer portal.

The current concept is designed only for dealers. It is not intended as a resource for the expansive DIY community that has heavily favored Bafang’s wide selection of electric bicycle components that can be employed by at-home e-bike builders.

Between the new Dealer Direct Service program and increased investment in European facilities, Bafang has demonstrated a continued interest in growing its EU marketshare.

Will it pay off? Can Bafang compete against the European heavyweights? Let’s hear your thoughts in the comments section below!