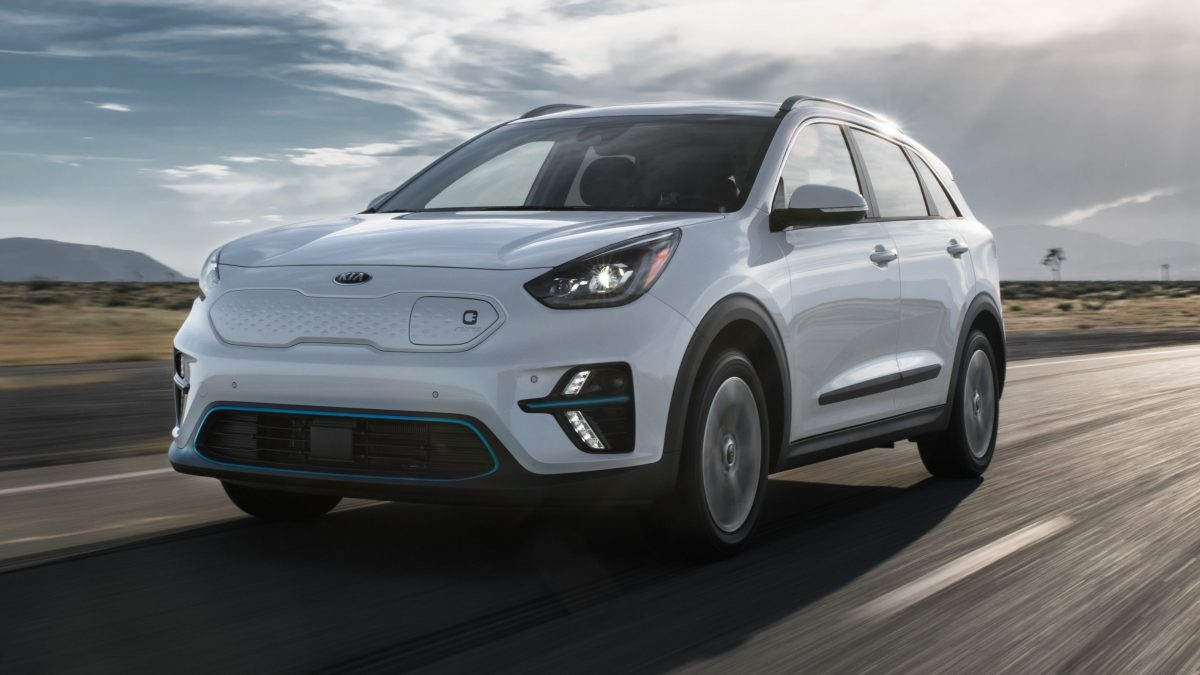 Happy New Year! Now that 2021 has arrived, dealers are even more motivated than last month to move old inventory off their lots. Remaining stock of 2020 models is already thin in some locales, so act soon if you find any of these offers on 200-mile EVs enticing.

We found a couple of lease bargains for the 2020 LEAF in S+, SV+, and SL+ trim levels, which have a 62KWh battery that’s good for 215 miles. Rustom Nissan of Portland has the cheapest lease deal at $119/month for a LEAF S+ after applying Oregon’s $2,500 state rebate. In California, Premier Nissan of San Jose is offering the LEAF SV+ for $2,995 down, $39/month plus tax a license, after applying the new $1,500 California Drive Clean point-of-sale rebate. That translates to an effective cost of about $162/month before tax and license. Both leases are for a two-year term.

Nowhere near Portland or San Jose? Well, we found more than a handful of Nissan dealers across the nation offering great discounts on remaining 2020 LEAF SV+ and SL+ inventory. Nissan Highlands Ranch in Colorado, Fairfax Nissan in Virginia, Lokey Nissan in Florida, and Tonkin Wilsonville Nissan in Oregon are advertising discounts of at least $14,000 off MSRP. Nissan Mesa in Arizona, Passport Nissan in Virginia, and New Rochelle Nissan in New York are offering at least $12,000 off, while Dublin Nissan and Nissan Mission Hills in California are discounting some of their LEAF SV+ inventory by about $11,000. Negotiating very attractive lease terms on any of these discounted vehicles should be a cinch since they represent a dealer discount of at least $3,000 before any factory incentives are applied.

Can you make do with less range? Nissan dealers have been advertising great two-year lease offers on the 150-mile LEAF SV for a while, some with an effective cost at or below $100/month after state incentives. Great lease offers were spotted at Premier Nissan of Fremont in the San Francisco area, Milford Nissan in Massachusetts, and Nissan of Tustin in southern California. Look for Nissan LEAF deals in your area.

Lease deals on Chevrolet’s 259-mile Bolt EV didn’t change much this month, but that’s a good thing since the year-end bargains we saw last month were pretty awesome. Quirk Chevrolet in Massachusetts, along with San Francisco/San Jose area dealers Gilroy Chevrolet and Fairfield Chevrolet, top the list with three-year lease offers with an effective cost that’s just under $170/month plus tax and license for a Bolt in base (LT) trim. Los Angeles area shoppers can look to Rydell Chevrolet in Northridge for the best Bolt deal in southern California. They will lease the Bolt LT with DC fast-charging option at an effective cost of $215/month plus tax and license, or a well-equipped Bolt Premium for just $50/month more.

Outside of the Boston area and California’s major population centers, finding ads for great Bolt lease deals is a bit of a struggle, but fortunately there are a number of Chevy dealers across the country that have some amazing discounts. Sport Chevrolet in Maryland and Donohoo Chevrolet in Alabama are discounting Bolt EVs in their inventory by $17,000 – almost half-priced! Jack Schmitt Chevrolet in Illinois, Bomnin Chevrolet in Florida, and El Dorado Chevrolet in Texas each have Bolt discounts of at least $15,000 off MSRP. Kendall Chevrolet in Idaho and Koons Chevrolet in Virginia are also worth mentioning with $13,000+ in discounts. All the above deals likely reflect dealer discount of at least $5,000 before factory rebates, which should translate into some very nice three-year lease terms after a little negotiation. Check locally for Chevy Bolt deals.

When the Niro EV first hit the streets, Kia’s factory lease offer had an average monthly cost of over $450/month. Over time, Kia has whittled away at that cost, which is now at $290/month before tax and license for a 2020 model in EX trim. We found one dealer – Rick Case Kia in Georgia – that breaks the $200 barrier with a deal that’s $0 down, $191/month before tax and license on a three-year lease. Lease offers at Stevens Creek Kia in California and Power Kia in Oregon come close with average monthly costs of $212/month and $231/month respectively. The fine print on the Stevens Creek Kia and Power Kia websites doesn’t mention the inclusion of state incentives, so it is possible that the net cost after those incentives actually dips below $200/month.

As far as discounts, Koons Kia in Woodbridge, Virginia, is listing a Niro EV at a whopping $13,200 off MSRP. It’s a one-only, but the rest of their stock is discounted by well over $8,000, which includes a $4,000 factory incentive. In the Los Angeles area, Van Nuys Kia and Glendale Kia discounts on the Niro EV are just shy of $8,000, so negotiating a lease for under $200/month at either dealer should be possible after applying California’s new $1,500 Drive Clean point-of-sale rebate. For folks in Maryland, Buchanan Kia and King Kia are advertising discounts in the mid-$6,000 range. That may not be enough to score a sub-$200/month lease, but it should result in a cost that’s well below the factory lease offer. Find Kia Niro EV deals in your area.