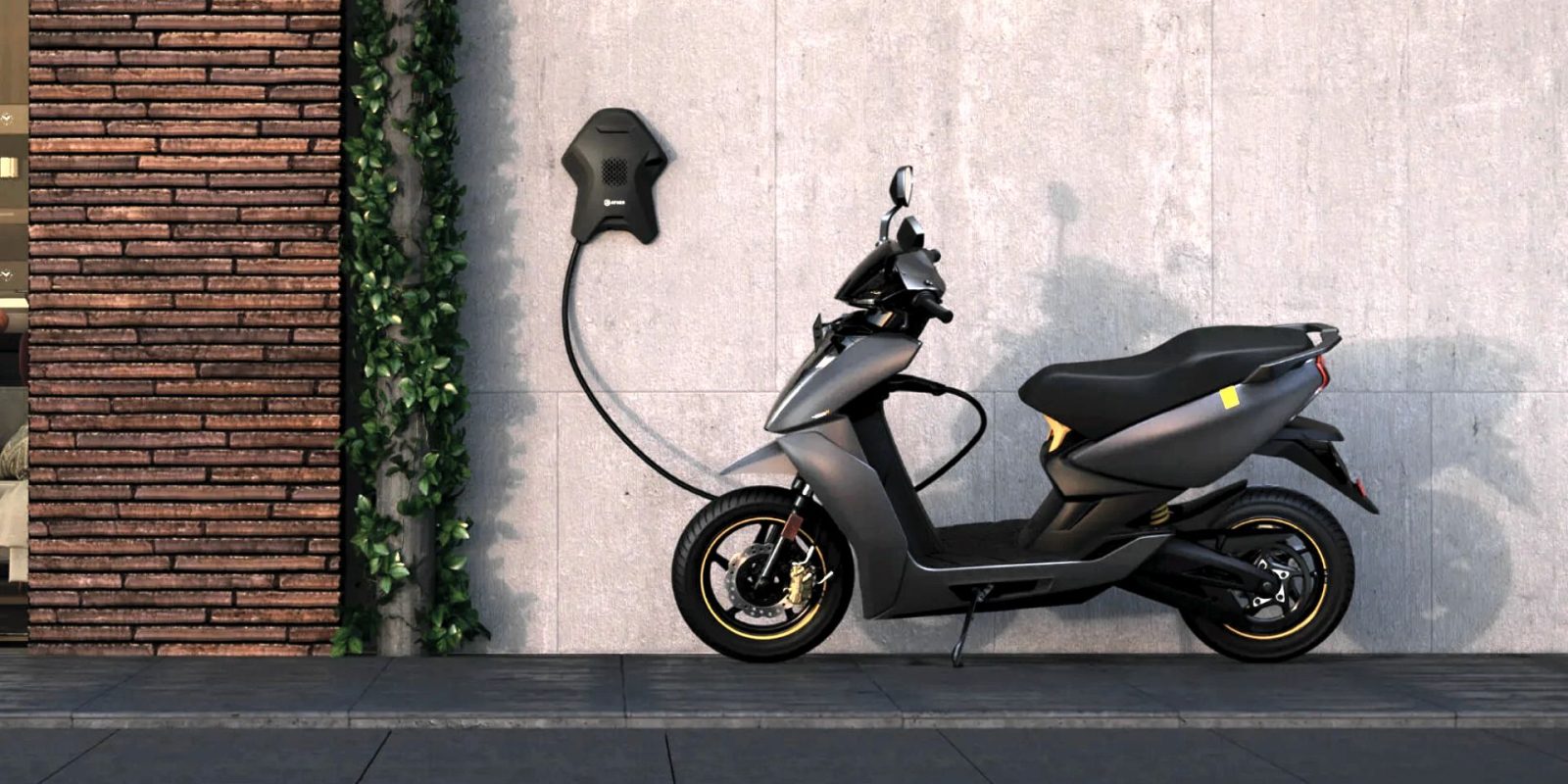 The flagship electric scooter from the Bangalore-based startup is rated for a top speed of 80 km/h and a range of 116 km (72 miles).

The company claims that the Ather 450X is the quickest two-wheeler in the 125cc category.

Scooters aren’t necessarily known for their high performance and instead are prized more for their utility.

In addition to the powerful motor, the Ather 450X is perhaps just as well known for its tech-centric design.

That’s a huge advantage over most electric scooters and lets riders keep their phones in their pockets instead of strapping them to the handlebars to view a GPS app.

The scooter is both 4G- and Bluetooth-enabled. With their phones safely in their pockets, riders can use the screen to answer or reject calls, play music, or access other features.

Ather Energy offers both portable chargers and the Ather Dot, a dedicated wall-mounted charger that can be installed at common charge points like garages.

There’s also 22L of storage under the seat – a rather large amount compared to most electric scooters.

The Ather 450X is priced at INR 159,000 (approximately US$2,100), and represents the premium end of the electric scooter market in India, where many electric scooters start at less than half of this price.

Bangalore has proven to be a promising city for many electric vehicle startups. Ultraviolette is preparing to release India’s first electric sportbike, the F77, later this year. And even Tesla has reportedly opened an R&D center in the city.

And other Indian startups are following suit, rushing to meet the demand for electric two-wheelers in a country that has overwhelmingly embraced scooters and motorcycles as a primary means of transportation.

The Indian government has also proven supportive of electrification efforts in the Indian two-wheeler industry, which has drawn interest from companies like Yamaha eyeing greener pastures for increased production in India.

The quick pace of development in India’s electric two-wheeler industry has led many to foresee Indian companies eventually playing a meaningful role in international markets. However, the struggle to meet the large domestic demand in the country of 1.3 billion people has so far prevented Indian EV companies from larger international expansion.