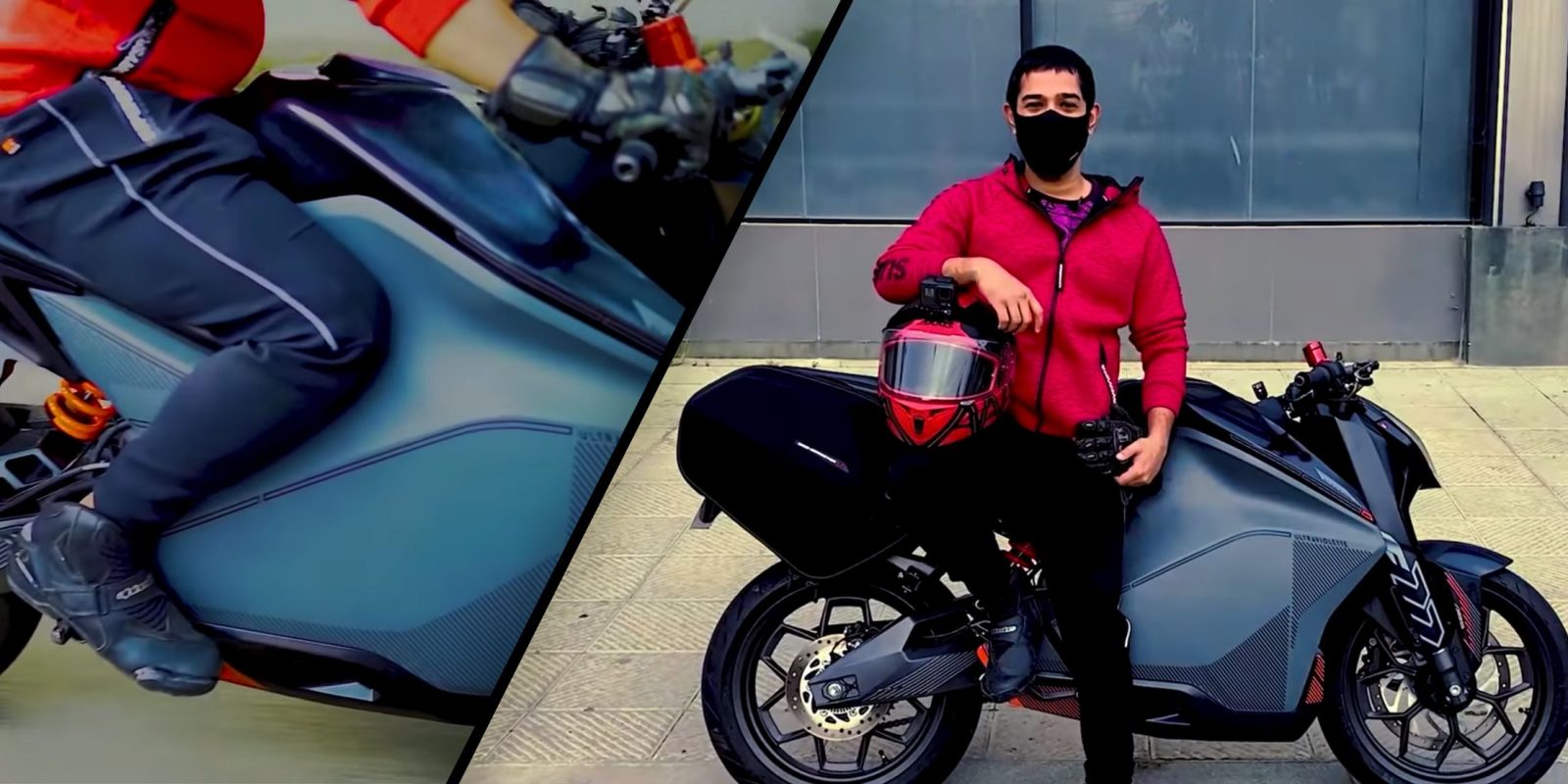 The Ultraviolette F77 is just one of many electric motorcycles that had its commercial rollout delayed by the COVID-19 pandemic.

Ahead of the bike’s anticipated commercial debut, we’re starting off the year with a look at the bike’s first run of 2021.

Ultraviolette’s founder and CEO Narayan Subramaniam took the bike on a 75 km (46 mile) route from the company’s Bengaluru headquarters to Nandi Hills, followed by another 10 km (6 miles) of hilly riding after reaching his destination. This is the first time we’ve been privy to such detailed testing of the rarely seen electric motorcycle.

Since the F77’s official unveiling in late 2019, we haven’t heard many updates from the company, and this new video marks one of the only times we’ve seen the bike in action.

The sleekly designed F77 is shown hauling a pillion rider and carrying a pair of hard cases with extra payload, showing off its ability to climb hills even while heavily loaded.

The Ultraviolette F77 is expected to compete against 250cc gas motorcycles, sporting drivetrain components and performance in line with other mid-size electric motorcycles like the Zero FXS.

The F77 features a 25 kW (34 hp) motor that should reportedly provide it with a 0-60 km/h (0-37 mph) acceleration time of 3.0 seconds. The company claims the bike will offer 450 Nm (330 lb-ft) of torque at the chain-driven rear wheel, which would place it well ahead of similarly powered gas motorcycles.

The F77 also features a CCS charging port, indicating that it should be capable of DC Fast Charging. We don’t have any word yet on the range or battery capacity. But with the launch expected to occur in the later part of 2021, those figures will hopefully be coming soon.

The bike will also reportedly be rather affordable (at least by Western standards) at around US$4,000 upon launch. That price will place it closer to the premium end of the spectrum in India, but would be comparatively cheap in the US and Europe where similarly performing electric motorcycles easily cost more than twice as much.

There’s no word yet on whether the Ultraviolette F77 will ever see export outside of India. Other popular Indian-made electric two-wheelers are still struggling to meet domestic demand before they could ever consider international expansion. Motorcycles and scooters are incredibly popular in India, and the local market has proven receptive to changing tides toward electrification.

But if the F77 can hit these performance and price targets, you can be sure there will be plenty of international demand for the bike.