Electrek’s vehicle of the year is the 33mph Juiced HyperScorpion 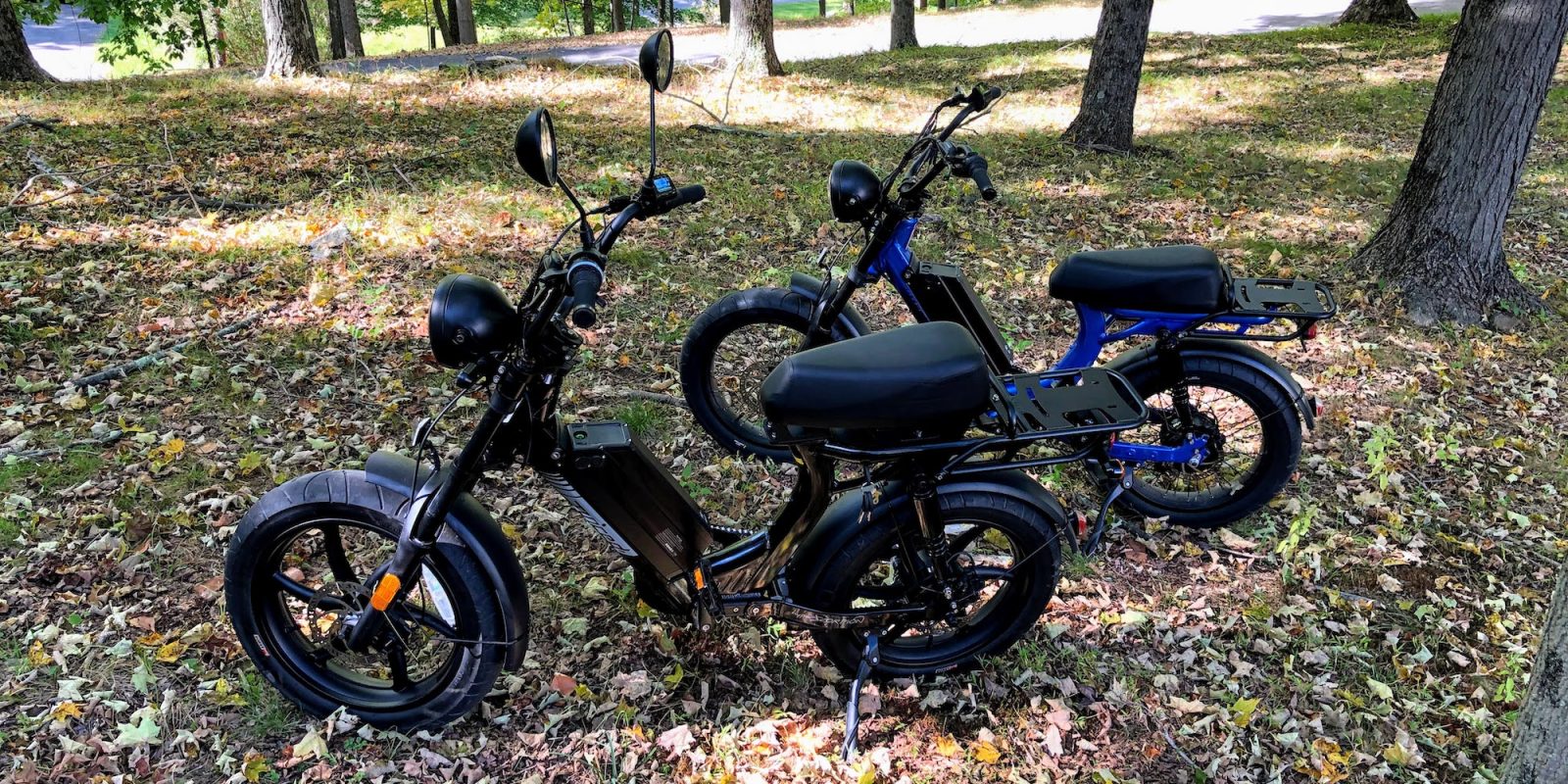 The year 2020 wasn’t horrible for everyone. For the companies that make electric bikes, a convenient, inexpensive, and fun way to avoid public transportation, business was so good that supply chain shortages made their products hard to find. Many companies we spoke with had record years.

It’s the move of ebikes into micromobility that has been the bigger trend for 2020, and our ebike of the year winner has highlighted this trend.

Congratulations to the Juiced HyperScorpion, a 33mph (53km/h) emoped that can be ridden as a class 1/2/3 ebike on bike trails or ridden like a moped on 35mph speed limit roads with traffic. It can even be pedaled like a traditional bike. It can be a cargo bike or a delivery bike. It’s a fun joy ride or it’s a great commuter and can provide fun exercise. It’s a little of everything.

After all, micromobility doesn’t have to mean kick scooters and electric mopeds. Good, old-fashioned pedal bikes work quite well, as they have for decades. The Scorpion is such a great eMobility bike that last mile startup Bird is rolling out a variant to its base of kickscooter riders.

So there’s some backstory here…

San Diego-based Juiced has been making powerful ebikes since 2009 but only recently pivoted more toward eMopeds with not only Scorpions but also Scramblers that now dominate its lineup. They still make traditional traditional CrossCurrent and RipCurrent ebikes (which are superb btw) but all the hype is around their new, powerful eMoped style ebikes. For good reason.

In September 2019 we got our first peak at the Juiced Scorpion, an ebike that takes its design cues from 1970s mopeds but replaces the downtube gas tank with a more modern equivalent 52V battery. Juiced CEO Tora Harris and I rode some early prototypes all around Manhattan and Brooklyn last year.

At what felt like every stop, people walked up to us and asked us what it was we were riding and how much they cost. One guy even pulled out his wallet and asked if he could buy the prototype out from under Tora. Afterward, I asked Tora if he thought he had a hit on his hands. I got just a big smile from the outspoken CEO of one of the hottest ebike companies in the US. We all knew the Scorpion line was going to be super popular.

I’m not immune from the hype. I’m offered ebikes to review all the time and have a literal stable full of them. Yet, I still put my own pre-order price of $1,299 down the second the Scorpion Indigogo launched. I got my electric blue Scorpion in the first shipment out from China. And just like Micah Toll in his review, I was immediately smitten with everything about it… except for one small thing.

I agreed with the one downside: the 750W nominal/1000W peak motor that barely gets it up to 25mph with a bit of pedalling/breeze/downhill. This is what other similar “emopeds” or “mini bikes” from Super73/Rad/Lectric/etc have in the power department, so it is by no means underpowered. But the Scorpion is built so well with that soft suspension, fat sticky mag wheels, and substantial frame that you know it can handle a lot more speed. The bike is practically begging to go faster.

Juiced HyperScorpion isn’t cheap, but is the way to go

Tora Harris was already ahead of us here with the HyperScorpion. Juiced “Hypers” a bike model by tricking it out with more battery, more power and more accessories.

Not only are you looking at double the power with the HyperScorpion, but you also get a much bigger 1kWh battery, a turn signal light and rearview mirror package, and horn with optional alarm system. All of this turns the Scorpion into more of a moped than an ebike even though it’s built on the exact same frame as the regular Scorpion. The package also pushes the weight of the bike over 100lbs, which shows you how substantial this vehicle is. Yet I am still able to pedal it fairly easily unless I’m going uphill. As usual, Micah was on the same page.

More recently, Juiced released an upgrade to its more “moto form factor than moped” Scrambler line called the HyperScrambler 2 that has this same motor package. But it adds the option of a second 1kWh battery giving it a range of 100 miles(!!). In my experience, however, the need for a second, plugged-in battery was overkill — 100 miles is more range than many electric cars.

If you do want an extra battery, Juiced will of course sell you one, and both the 13Ah and 19.2Ah batteries work in the HyperScorpion. It only takes a few seconds to swap batteries if you want to keep one charging in the apartment.

Part of being an emobility utility bike is the ability to work as a delivery vehicle. The Hyperscorpion is a fantastic vehicle for that. Juiced has some delivery accessories but also has an “Express package” of the HyperScorpion in yellow at a $100 price premium. It comes with an extra-wide modular rear rack to carry all types of cargo. It’s tempting just for the yellow color alone!

At $2,499, the HyperScorpion is expensive. But think about what you are getting here. For less than the price of just about any Bosch 250W ebike, you are getting a borderline motorcycle with all of the fixings and ability to go 30mph without touching the pedals. It looks incredibly cool — you already know that — and the build quality is stellar. Components-wise, there were some compromises (think Shimano Altus Derailleur, two piston brakes, etc.) but overall, this thing is built to last. It also can be kitted out with all kinds of accessories.

If you absolutely can’t spend $1,600 for a regular Scorpion, some less expensive but still solid options are the $1,200 RadRunner or a $900 Lectric.

Of course there are downsides

Besides the $2,500 price point, there are some other downsides to this amazing ebike. The aforementioned Shimano Altus Derailleur, two piston brakes aren’t a big bother to me. In fact, my biggest hesitation when considering this bike is that I probably won’t be getting much exercise on it. I’m a fan of actually pedaling, and with almost 2kW of power available from the thumb throttle compared to the fraction of that coming out of leg power, the throttle is almost always going to win. However, of all the emopeds I’ve ridden, the Scorpions are the easiest to pedal. So there’s that.

There are tons of ebike and acoustic bike options available for pedalers. In fact, there has been for years.

This year we wanted to focus on bikes that changed the game. A lot of people who would normally be riding crowded buses, subways, or carpooling needed to find a new way to get around this year. For them, an ebike that can do it all whether being pedaled or by throttle was necessary.

The Juiced HyperScorpion is going to be pulling people out of cars and other crowded commuter options, and we felt that for 2020, that was the big winner.