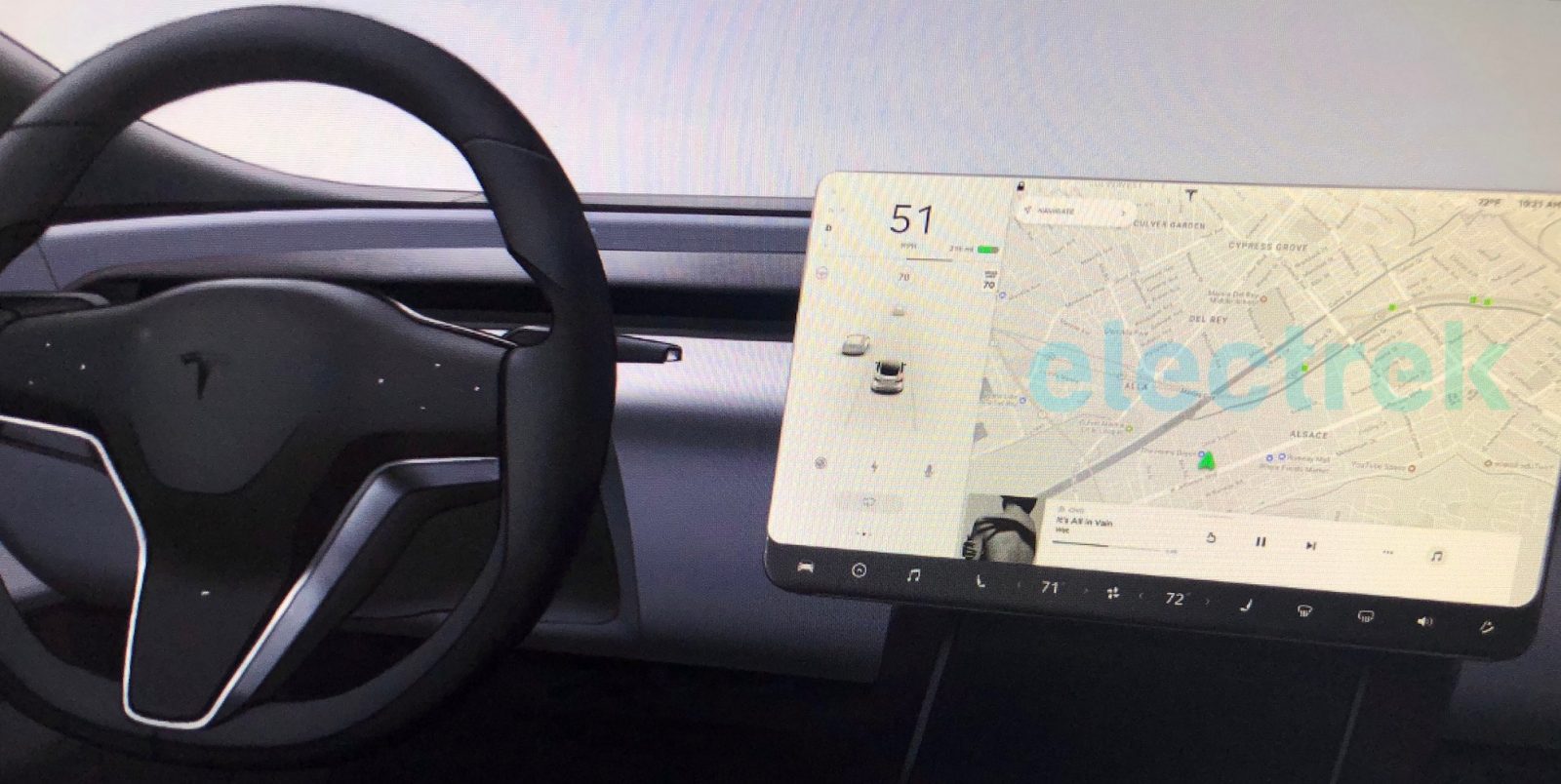 The possibility of an upcoming Tesla Model S/X refresh is back in the spotlight as a hacker finds a reference to an updated interior with a selfie camera in a software update.

Rumors of a possible Model S and Model X design refresh have been increasing lately — especially since Tesla announced that the Model S Plaid is going to require several important changes.

Last month, we also reported on Tesla significantly increasing the delivery timeline and price of Model S and Model X going to Europe in March.

Now Tesla hacker ‘green’, who often finds new features by digging into new Tesla software updates, reports that he saw something called ‘S/X P2’ in the Tesla code and it referenced being equipped with the latest Autopilot hardware 3.2 with a cabin-facing camera:

This would confirm that Tesla has some plan to update the Model S/X interior to include a cabin-facing camera.

The cabin-facing camera is one of many features that was introduced in the Model 3 and Model Y programs but never made it to the more expensive Model S or Model X vehicles.

It has remained dormant for years until Tesla started to activate it earlier this year in order to take clips for research purposes when drivers allow it.

CEO Elon Musk said that the goal of the camera is to prevent people from vandalizing cars when they are being driven automatically on Tesla’s upcoming self-driving robotaxi network.

Back in 2018, we reported on Tesla working on a significant interior design refresh for Model S and Model X that was at the time planned for the summer of 2019.

We posted several internal design images of the planned changes – pictured above. It included a change to the center display to match the horizontal design in Model 3 and Model Y.

This refresh was delayed as Tesla focused all its resources on ramping Model 3 production.

Now the timing of an update is back into focus following all the recent new information that has been revealed.

Again, I’m fairly confident that there’s going to finally be a significant Model S/X design update in 2021 at someone point ahead of the start of Model S Plaid deliveries.

However, I don’t think we should get our expectations too high for it happening in the next month due to the extended production shutdown.

It’s not impossible, but there are also other things than a design refresh that Tesla could be trying to achieve with the shutdown.

Also, taking notes from the Model 3 2021 refresh and the fact that Elon Musk always says ‘Tesla doesn’t do refreshes’, we could see Tesla implement many of the changes gradually – leading to a refresh over time by the end of the year.