As we just reported, Tesla is planning an interior design refresh for the Model S and Model X. You can read our report for the timing and reason behind the update.

In this new report, we look at the actual planned design as Tesla is bringing the spartan minimalist Model 3 interior design to the Model S and Model X while keeping some more premium features in the more expensive flagship vehicles.

When Tesla introduced the Model S without any buttons and a fairly minimalist interior all focused around the center touchscreen, it was a really polarizing move.

But Tesla stuck to the design and even doubled down with the Model 3’s even more minimalist design.

Tesla is now looking to harmonize the interior of all its vehicles in its lineup and that means going even more minimal with the Model S and Model X, like Tesla did with Model 3.

Electrek obtained some concept images of the new interior design that Tesla is planning to bring to production next year.

To be clear, those images are of the currently planned design refresh, which is still a year from production. The final design could change, but we think it is representative of Tesla’s plan for now:

As you can see, the center touchscreen is now being set up horizontally instead of vertically, like in the current Model S and Model X.

The screen is also bezel-less or has a very small bezel, which is currently a big trend in mobile phones and it is starting to be with bigger screens as well.

Tesla is also bringing a very Model 3-like dash design with the same single vent air conditioning system that runs along the entire dash.

From the images above, it might look that Tesla got rid of the Model S/X’s instrument cluster, but it’s still there – just much smaller and more embedded into the dash.

Here’s a look at it with the steering wheel and center touchscreen removed: 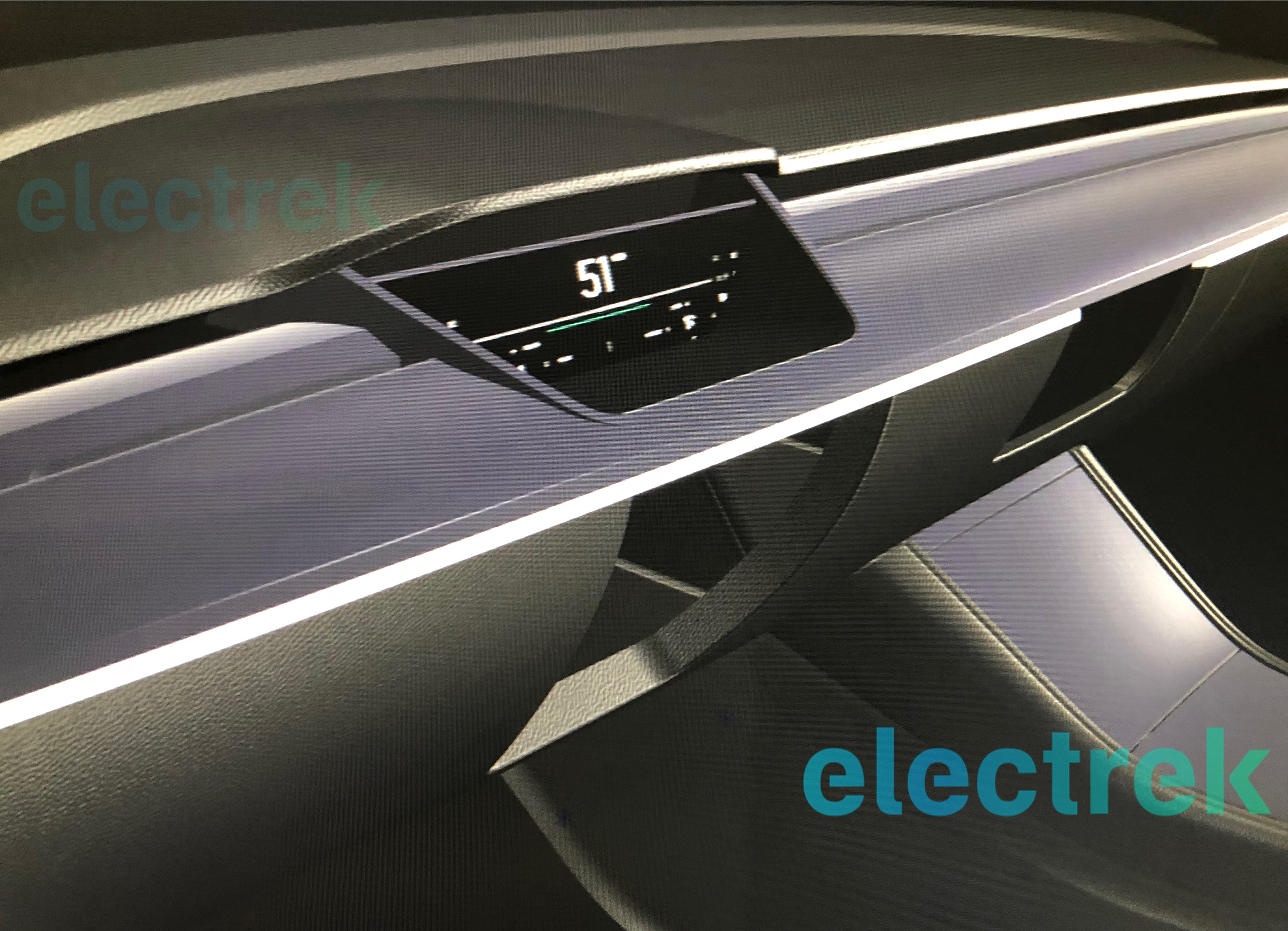 According to documents reviewed by Electrek, Tesla is aiming for the new design to be more geared toward autonomous driving.

Beyond the dash, steering wheel, and center console, Tesla is also planning several other interior upgrades to be introduced in the cabin of the Model S and Model X with this design refresh.

In the documents, Tesla says that it has taken feedback from owners and it is going to introduce a bunch of features to either catch up with the competition in the luxury segments or differentiate the Model S and Model X interior from the Model 3.

Like I said, I know Tesla’s interior is polarizing, but I am personally a big fan of the minimalist look and therefore, I’m more than OK with Tesla doubling down with the design trend for this refresh.

They have taken arguably the best part of the Model 3’s interior, the long dash with the integrated single vent air conditioning system, and brought it to the Model S and Model X interior.

I think that’s going to be a move that will simplify the interior assembly and likely help reduce costs, which Tesla has listed as one of the goals of this design refresh.

Honestly, I am really impressed by Tesla’s approach here because they seem to be really taking the best of both world on several key features. For example, Model S and Model X have an instrument cluster and I think most owners, including myself, would want to keep it, but the Model 3’s lack of instrument cluster resulted in a very cool and clean front view.

Tesla appears to have found an interesting compromise with a seemingly smaller instrument cluster screen lower and more embedded in the dash.

I don’t know if drivers will care much if they still have an instrument cluster.

Tesla did mention in the documents that the new design is “geared toward autonomy” and a large horizontal center screen could be part of that. I could see passengers watching videos on the screen if the Model S and Model X end up being capable of fully autonomous driving at that point.

The automaker also says it wants to use improved materials for the Model S and Model X refresh and offer more color options than in Model 3.

What do you guys think of Tesla’s upcoming new interior for Model S and Model X?

Let us know your thoughts in the comment section below.