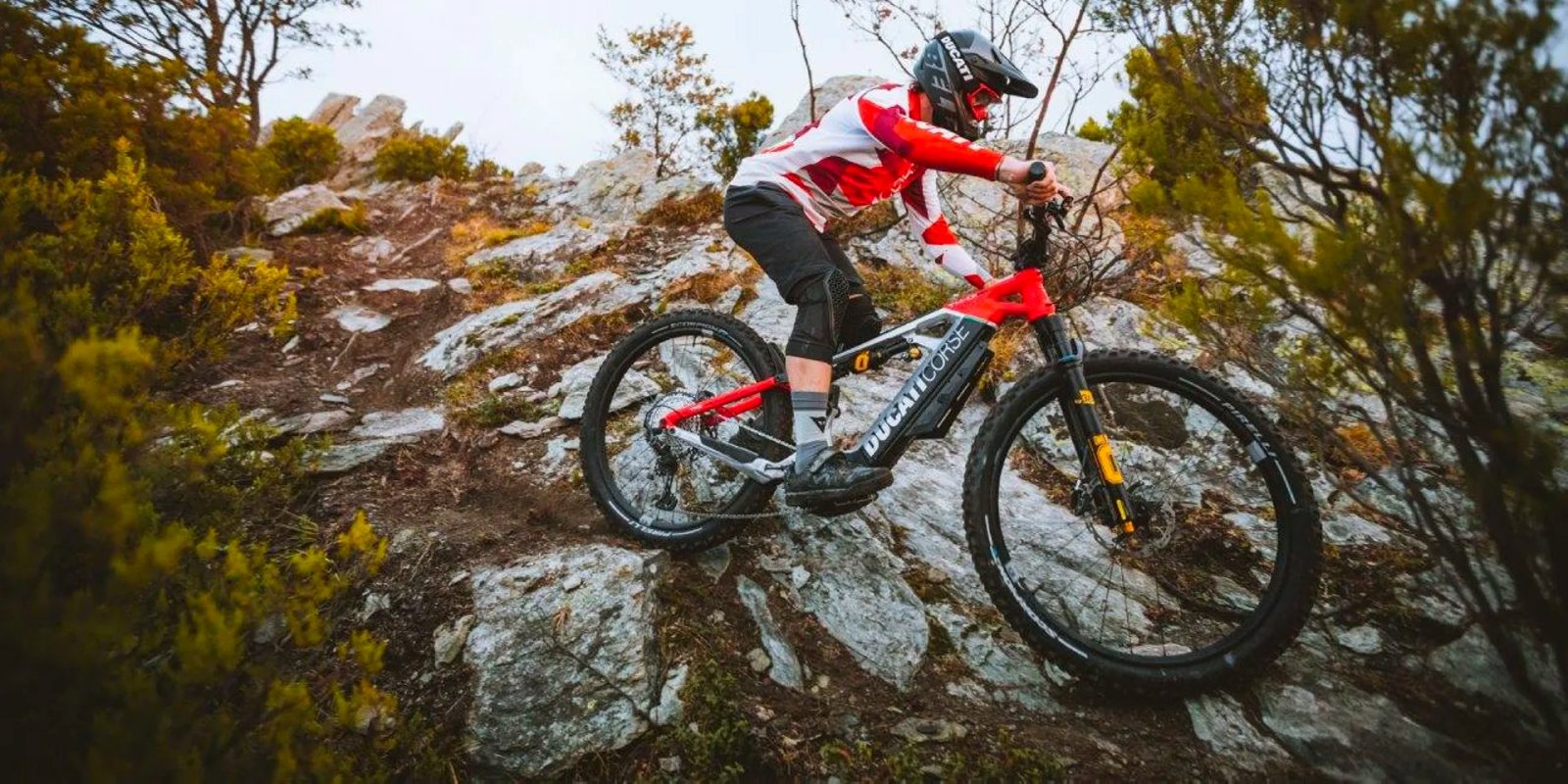 Ducati is following right behind fellow motorcycle manufacturer Harley-Davidson in rolling out new electric bicycles for the 2021 season.

While last week’s announcement from Harley-Davidson saw new urban-oriented e-bikes from the legacy motorcycle manufacturer, Ducati’s e-bikes are designed for the dirt.

The TK-01RR features the recently released Shimano EP-08 mid-drive motor, which weighs a mere 2.6 kg (5.7 lb) yet outputs an impressive 85 Nm of torque.

It also offers up to 400% assist in its highest pedal assist mode — the equivalent of having three friends helping you pedal up a steep mountain trail.

Just like the Harley-Davidson powered e-bikes from Serial 1, Ducati has seen the wisdom in positioning the battery below the downtube in order to centralize the mass as much as possible and reduce the center of gravity. It’s not to the same degree that Serial 1 achieved, but Ducati is also limited by not designing their own frames. Instead, they partner with the Italian electric bicycle company Thok.

The geometry seen in the TK-01RR is befitting of more extreme electric enduro riding, with a head tube angle of 64.5 degrees and a seat tube angle of 75.5 degrees.

The TK-01RR sports Shimano XT hydraulic disc brakes and a 12-speed transmission. It also shows off a 180 mm Öhlins RXF 38 fork and 170mm Öhlins TTX rear shock. Rounding out the spec sheet are a pair of the latest Pirelli Scorpion e-MTB S tires.

The existing MIG-S that we saw last year received the latest Shimano battery and is powered by the Shimano STEPS E8000 mid-drive motor. Ducati also updated the frame by stretching the top tube and increasing the seat post angle to 74.7 degrees.

The MIG-S is priced at a slightly more achievable €4,890.

While the battery is smaller than the new TK-01RR, the lack of a throttle on these European pedal-assist e-bikes means that the bikes are still likely to achieve long ranges during normal usage.

There’s still no word yet on a potential Ducati electric motorcycle, despite Ducati’s CEO teasing a new electric direction for the company early last year.