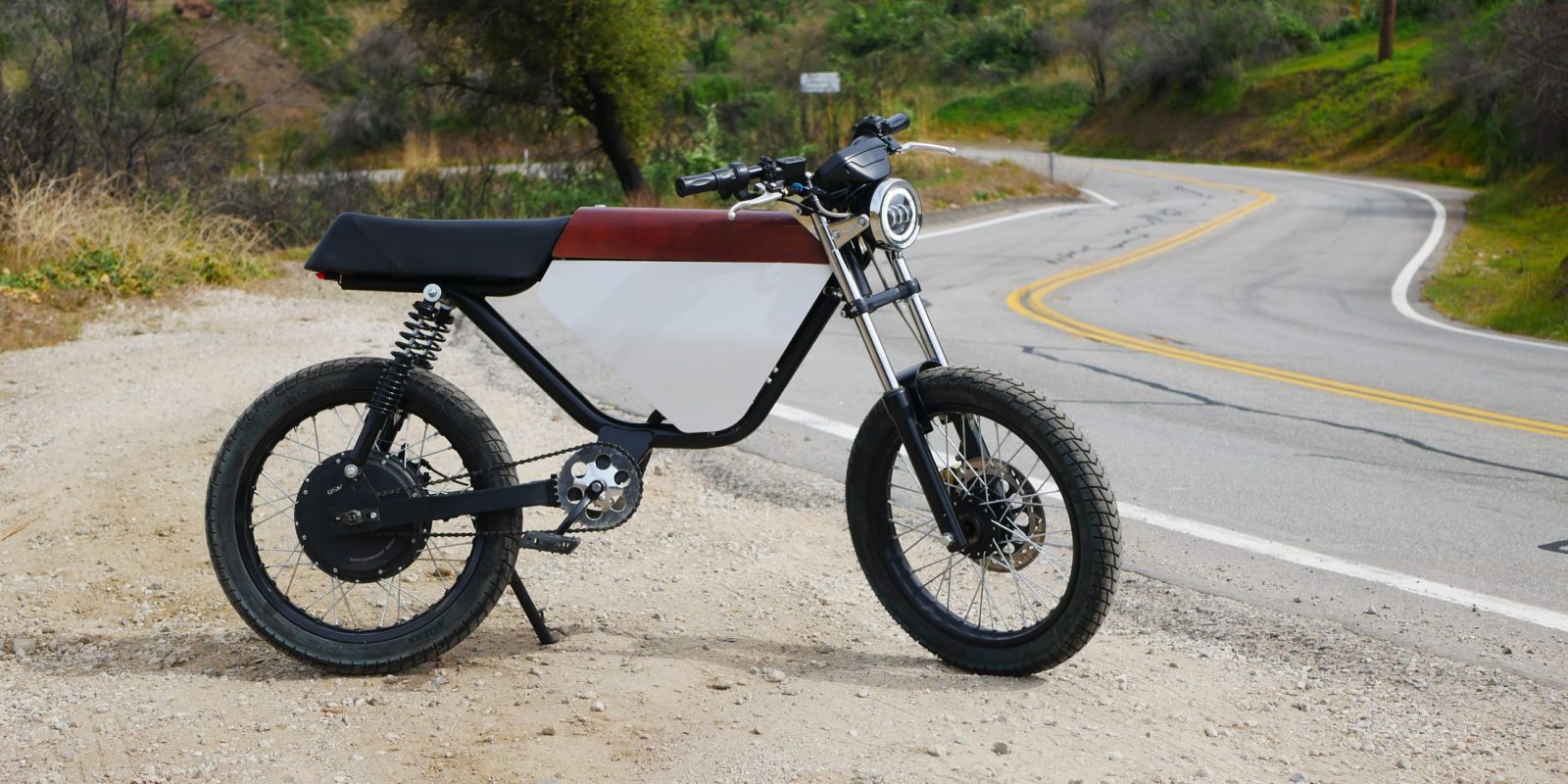 When it comes to electric mopeds, there are actually a lot of options these days. But there’s only one model that has been selling like crazy for years now: the ONYX RCR.

And now ONYX is making a good thing even better with a long list of updates to its legendary speedster of an electric moped.

For any e-bike or electric moped fans that have been living under a rock for the last two and a half years and still haven’t heard of the ONYX RCR, here’s the rundown.

The RCR is a 60 mph (96 km/h) full suspension retro-styled e-bike that is US-assembled at two factories in San Francisco and Los Angeles.

The bike was originally designed by moped-builder Timothy Seward with its frame based on the tried-and-true Puch mopeds from nearly a half century ago.

The RCR features a long bench seat, giant scrambler-style headlight and a 5,400 W peak-rated motor that can seriously propel this machine.

I know because I test rode the ONYX RCR and I haven’t stopped smiling ever since. See my test ride video below to understand just how epic this bike is.

Now the ONYX RCR is getting some long-requested updates to further improve the popular electric moped.

From this month on, all new ONYX RCR e-mopeds will now include the following new features:

In addition to the across-the-board upgrades above, there are also new upgrades that can be added as additional options:

ONYX also has several updates still in the works that they hope to roll out soon. Those updates include:

While I loved the original ONYX RCR, these updates basically shore up the few areas where it could have been improved, as well as adding new features that I didn’t even realize were being asked for, but that I’m excited to see anyways.

The lack of turn signals on a 60 mph (96 km/h) vehicle seemed like an oversight, and I’m glad to see them included now.

The original battery cover was a bit finicky to remove and return, and now it sounds like they’ve got that worked out with a new rosewood cover.

And while the original battery capacity was sufficient for many, the updated battery built from 21,700 cells doubles the range and is even backwards compatible for riders who want to upgrade their existing RCRs.

The battery is even Bluetooth compatible, as the company explained:

For those hoping to pick up a new higher capacity ONYX RCR, you’ll find that the bigger battery and 10A charger bump the price by $1,000 over the standard model. That works out to a limited-time offer of $5,149 for the double range version, or $4,149 for the standard version (though both come with the upgrades listed above).

And just to rub your nose in the fact that generally Indiegogo crowdfunding campaigns actually ARE legit, if you had backed ONYX’s original Indiegogo campaign you could have had one of the first editions of these bad boys for a steal at just $2,299. That price was probably even below cost, back when the company was still trying to make a name for itself in 2018.

Even at almost twice that, the ONYX RCR is still the leader of the pack in the retro-inspired electric moped market. And with new competition attempting to dethrone the king, ONYX has showed that it is ready to innovate in order to retain its crown.

What do you think of ONYX’s updates? Let us know in the comment section below!