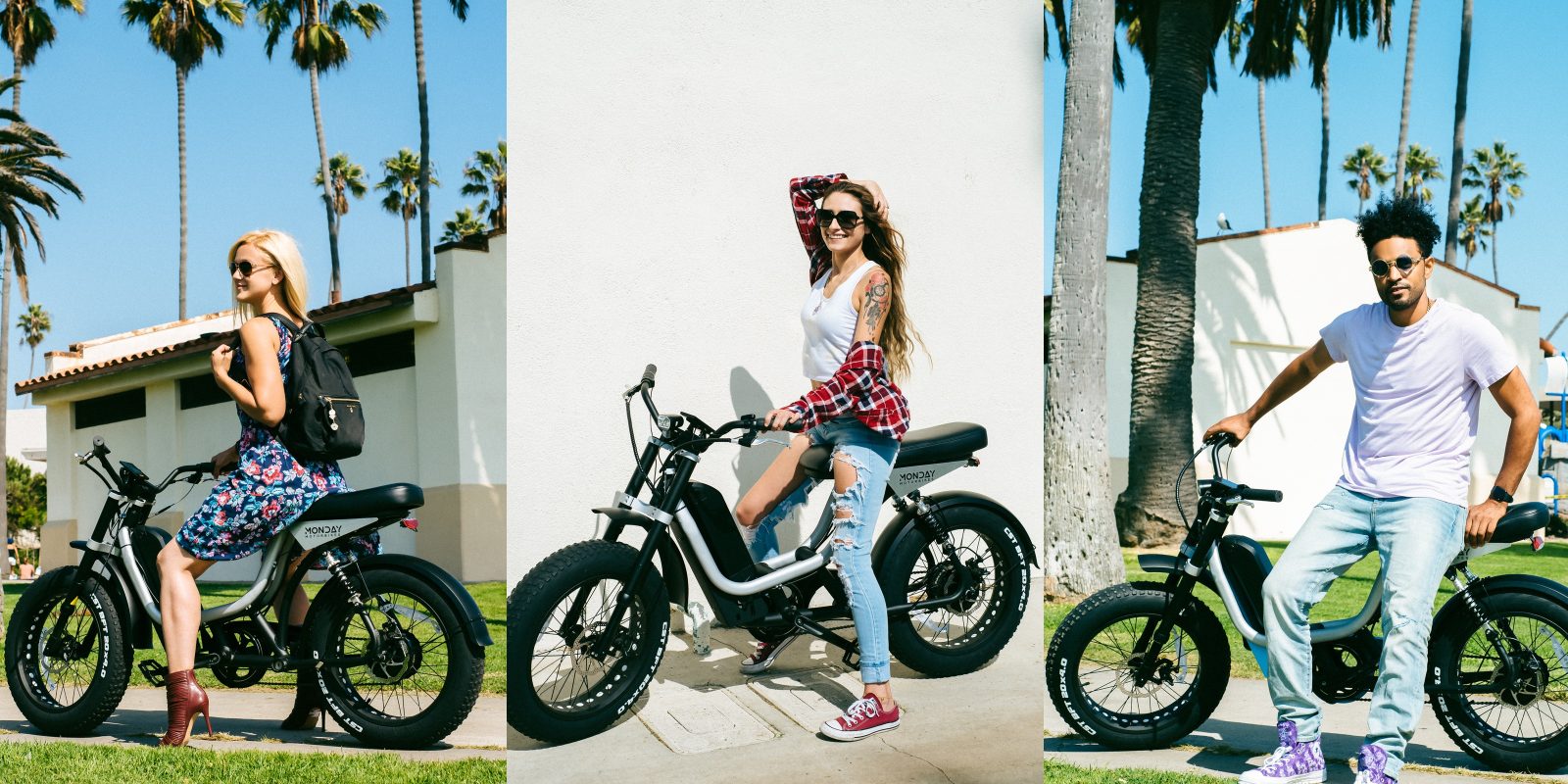 If you’re an electric moped fan, there’s never been a better time to be alive. Not only have we seen 2020 turn into the year of the electric moped, but today we’re adding one more interesting model to the list. Monday Motorbikes has just unveiled their new Presidio electric moped.

Monday Motorbikes has been in the electric moped scene longer than just about any other company.

Since 2015, they’ve been building electric mopeds that combine retro styling with 21st-century technology.

Now their latest creation, the Monday Motorbikes Presidio, is ready to roll out.

The electric moped is named after Presidio Park in San Francisco, where the company ran their first demos and received their first-ever customer feedback.

Presidio Park is commonly referred to as ‘The Presidio’ and is where we met most of our early adopters testing our bikes on the gnarly hills of the area. Similar to Anza, we wanted to pay respect to our early fans that we met. We were still in the garage at the time just doing demo rides in the park. We have come a long way since then but we would not have been able to get to the level we are today without meeting those first customers at The Presidio.

The Presidio’s specs are similar to those of the Anza electric moped, which was also revealed by Monday Motorbikes early last month.

Both models include pedal assist as well as throttle operation, with a maximum range of up to 40 miles (64 km).

Unlike the Monday Motorbikes Anza, which followed the lines of traditional “top tank” mopeds of the 1970s and ’80s, the Presidio features a step-through frame similar to a number of famous mopeds of the same era.

The frame is also an interesting wishbone design, which is more commonly seen on motorcycles and rarely makes its way onto electric bicycles.

Pricing starts at $1,999, which makes the Presidio one of the more affordable electric mopeds out there.

Other companies with retro-styled electric bikes have offered impressive full-suspension models but at much higher price points.

Other electric mopeds have pushed speeds up to 60 mph (100 km/h), again pushing the prices relatively high.

But the Monday Motorbikes Presidio seems to strike a balance in performance and price. The components seem defiintely middle of the road, which helps prevent the price from creeping up too high.

And with multiple models ranging from $1,499 to $4,500, Monday Motorbikes has now expanded their lineup to offer electric mopeds for a wide range of riders and budgets.