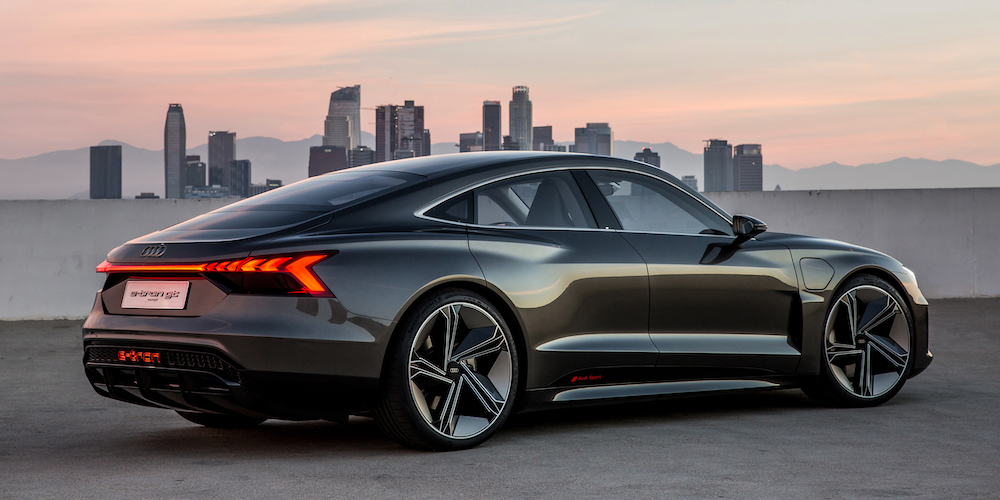 Audi is teasing the production version of its e-tron GT electric supercar and unveiling the ‘progressive’ sound of the vehicle.

The vehicle is an exciting entry in the EV space and a collaboration with Porsche leveraging their expertise with the Taycan.

Audi unveiled the prototype back in 2018 and now it is getting ready to start production.

Today, the German automaker teased the production and the sound of the electric car:

“Passion for detail, maximum precision, and top quality: The new Audi e-tron GT reflects all the passion with which Audi develops and builds cars. For the production of the electrically powered Gran Turismo at Audi Böllinger Höfe at the Neckarsulm site, the company uses customized new technologies – however, the finishing touches are applied by highly skilled hands. And since the dynamic work of art must also sound good, Audi has brought musical flair and technical competence to bear in composing a unique sound for the e-tron GT. It sounds powerful and progressive – just as an Audi should.”

Audi released the following video about the sound of the e-tron GT, which it recommends you watch with good headphones:

You can skip to the second half of the video to start hearing samples of the sound of the car.

The sound that they created for the car can be adjusted by the driver if it’s not something you like:

Audi has already taken some flack over the sound of the e-tron GT because engine noises were added to a feature of the electric vehicle in a product placement in an Avengers movie.

However, the fault was apparently on the people behind the film and not Audi.

With the release today, Audi also teased the electric vehicle:

The automaker released a lot of details about the production of the Audi e-tron GT:

They also released some pictures of the production underway in Germany:

The Audi e-tron GT is expected to launch in the coming weeks. Stay tuned.