Here’s a behind the scenes look at Jeep’s new high power, full-suspension e-bikes 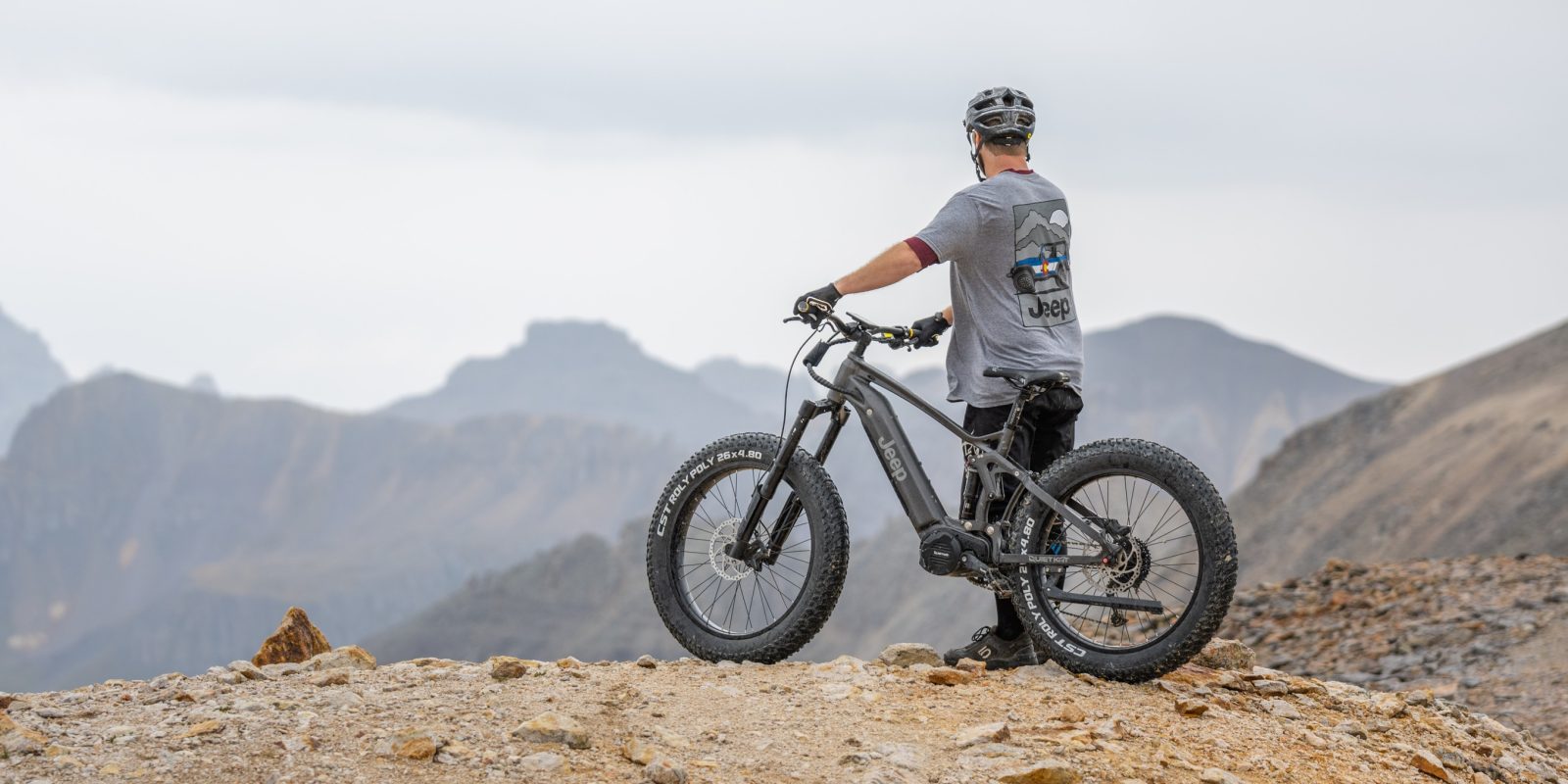 With Jeep’s new high-powered electric bicycles now being delivered to the first customers, we caught up with the guys behind the bikes to learn more about these two-wheeled powerhouses.

If you haven’t already seen the Jeep e-bike, it’s something to behold.

Powered by the strongest and torquiest retail e-bike motor in the business, the Jeep e-bike can put out up to 1,500W of power in its unlimited format.

The bike rides on extra-wide fat tires and sports full-suspension, meaning it can handle just about any terrain.

And that’s precisely the type of e-bike Jeep was looking to create. Which is why they teamed up with the electric bicycle company QuietKat.

If you aren’t familiar with QuietKat, then here’s some quick background. The company was founded by Jake Roach, who grew up loving the great outdoors and looking for a way to turn his passion into his occupation.

Jake started QuietKat as a way to offer overlanding vehicles – basically anything that could cover rough terrain when the road ends and the open expanse of wilderness begins. After getting started in 2014 with their first products that more closely resembled golf carts, QuietKat launched their first electric bike in 2016. The company quickly expanded in the high-powered e-bike niche, with all of their models sporting at least 750W of power.

These aren’t your typical 750W e-bikes for standard recreational riding, like the value-style we often see from companies like Rad Power Bikes. Rather, QuietKat is all about extra power, extra torque and extra, well, everything. The bikes are meant to go far past the end of the road and truly blaze their own trails.

It was around this time that Jeep first took notice.

Like many automotive companies looking to expand into the rapidly growing electric two-wheeler market, Jeep, or more precisely Fiat Chrysler Automobiles (FCA), wanted to add a rugged off-road e-bike to their lineup that could embrace the Jeep brand identity.

Jeep representatives discovered QuietKat at the Outdoor Retailer show, the largest outdoor sports expo. There the FCA team saw what they were looking for in QuietKat. As Jake explained to Electrek, “right away they were like, ‘yea you guys really synergize with what we’re about.'”

FCA invited QuietKat and other companies out to their headquarters in Auburn Hills, Michigan to pitch new product ideas that could fit into FCA’s expanded vision. QuietKat came prepared, having developed a new full-suspension fat tire e-bike with a powerful mid-drive motor and integrated battery that they felt would best fit what Jeep was looking for.

As Jake explained to Electrek, FCA’s Chief Marketing Officer Olivier François loved the e-bike so much that he bought the prototype on the spot, taking it home with him after the pitch meeting.

From there, it was full steam ahead. Jeep wanted the new e-bikes in their Super Bowl commercial on short notice, but QuietKat didn’t have enough time to build and then ship them out. Instead, they rushed to get the bikes finished and then personally drove them out through a blizzard to make it in time for filming.

Fast-forward to today and now QuietKat and Jeep are finally fulfilling orders after opening pre-sales earlier this year. The Jeep e-bike certainly isn’t cheap, starting at $5,899. But considering the top-shelf components, large battery, ridiculously powerful motor and other unique aspects that make the bike a one-of-a-kind model, this is one of those cases where you’ll just have to pay to play. And if you aren’t quite ready to shell out that much money, QuietKat has a number of other fun and powerful e-bikes starting at less than half of that price.

For those looking specifically for the Jeep e-bike, FCA has over 2400 dealers, though not all dealers will carry the Jeep e-bike. Jacob explained that the e-bike will be limited to the more outdoor and overlanding-oriented dealerships. QuietKat also has their own large dealer network including over 100 Bass Pro Shop locations and other outdoor sporting goods stores. Plus they also offer the bike for sale direct-to-consumer on their website with free shipping.

Just make sure you get yourself a good helmet – this is not an e-bike for the timid.