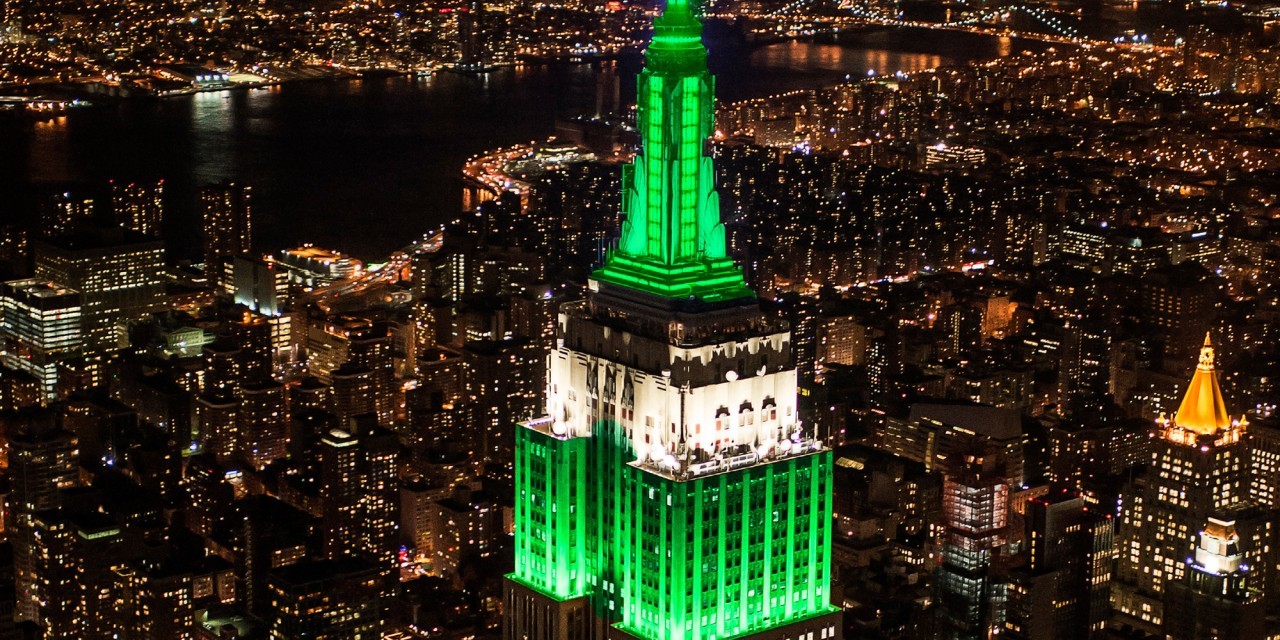 Climate Week NYC took place virtually this week, with more than 350 events. The biggest climate summit this year brought together folks in private, public, and philanthropic sectors from all over the globe to discuss climate action. The sponsorship list reads like a who’s who of the business world. Walmart, Climate Week NYC’s opening ceremony sponsor, announced it would set a target of reaching net zero in its global operations by 2040, as Electrek reported earlier this week.

There were 10 themed categories of events:

Britain’s Prince Charles launched the event with a virtual keynote speech. The Prince of Wales is a lifelong environmentalist. In January at Davos, he launched The Prince’s Sustainable Markets Initiative, which aims to support communities, businesses, investors, and consumers to transition to more sustainable practices.

In his speech on Monday, he asserted that we need a “Marshall-like Plan,” referring to the massive post-World War II economic recovery plan, to tackle the climate crisis. He said:

At this late stage I can see no other way forward but to call for a Marshall-like plan for nature, people, and planet.

We must now put ourselves on a warlike footing, approaching our action from the perspective of a military-style campaign.

And for those of you who doubt whether green energy is smart business, he rightfully states:

It is entirely possible to be profitable and sustainable at the same time.

(And I do like his description of supporting fossil fuels as “perverse subsidies.”)

A poll conducted by public opinion research consultancy Globescan, which was released to coincide with Climate Week NYC, surveyed 1,000 people in each of 27 countries about how they felt about climate change. Overall, 90% of people polled saw climate change as a very serious or somewhat serious problem. Those polled in Mexico and Turkey expressed the highest concern, at 97%.

In India, which sits in the middle of the list, concerns have risen from 70% to 92% in the same period.

On average across the 27 countries, concern about climate change is particularly strong among women and younger generations, as well as among those with higher levels of education.

You can read the report in full here.

Electrek’s Take: The theme here seems to that concern about climate change extends from being “personally affected.” There is definitely a parallel here with attitudes toward the pandemic and racial justice — as we’ve previously written, they’re all intersectional. Are human beings capable of understanding a crisis if they haven’t been personally affected by it? It’s only a matter of time, as the above video demonstrates from the NRDC. Your thoughts are welcome in the comments section below.

What if… what if.

Hope, according to new analysis from research coalition Climate Action Tracker. Niklas Höhne of Germany’s NewClimate Institute says that the “three carbon-cutting targets, combined with pledges by smaller nations, would take the world 63% of the way toward the emissions reductions needed to limit warming to 1.5 degrees Celsius,” according to Reuters.

That’s a huge number and totally different to what we saw before.

If the US policy shift comes through, on top of the EU and China commitments, ‘there’s real hope it can work.’

It all needs to be implemented — but for today, I’m very hopeful.

Keeping planetary heating below 1.5C could help avoid some of the worst predicted impacts of climate change.

So, unless Donald Trump and the Republican-majority US Senate suddenly figure out the importance of combatting climate change, promoting green energy, and realize that fossil fuels are not only poisonous but a terrible investment, it’s going to take Joe Biden to win the US election, formally re-commit to the Paris Agreement, and get the world on track with the Democrats’ climate-crisis plan.

In July, Electrek wrote about how ocean advocacy group Oceana launched Ship Speed Watch, an online tool to monitor ship speeds in areas frequented by the endangered North Atlantic right whales. Slowing ship speeds to less than 10 knots in areas where these whales may be encountered can reduce the lethality of collisions by 86%.

The National Oceanic and Atmospheric Administration (NOAA) is responsible for enforcing the regulations to reduce vessel collisions with whales. Penalties can start with a written warning and escalate up to the statutory maximum fine of more than $52,000.

But here’s the problem: It’s a voluntary speed zone, so it currently has no teeth. Oceana is calling for it to be made mandatory, and here’s why:

Oceana’s analysis earlier this year showed that many ships are ignoring these voluntary slow zones. Ship Speed Watch found that on September 11 and 12, the largest container ship to ever visit the US East Coast — the CMA CGM Brazil, a 15,000-container ship that is 1,200 feet long — sped through waters critical to right whales on its way from Nova Scotia to New Jersey at a speed of up to 13.4 knots.

By ignoring the slow zone, this ship, longer than two Washington monuments and wider than a football field, sped through an area with a known aggregation of North Atlantic right whales. While any size vessel can be lethal to these whales, the sheer size of this one requires an added level of caution.

Electrek’s Take: NOAA, let’s get serious about protecting these whales. We’re already lost 68% of our wildlife as it is. Make the fines mandatory for speeding through the whale zone as an example to be followed to protect other species.

Friday was a big day for the world’s youth. Young people rallied worldwide to demand urgent climate action. Regular readers of this weekly roundup know that young people, using the tag #FridaysForFuture, have continued to demonstrate throughout 2020, but it was their first coordinated global protest since the pandemic began.

Demonstrations were planned in more than 3,100 locations, and there is still a lot of action online. Here’s a look at just a small sample of what happened around the world:

Here’s a panoramic shot from Vienna:

And there was a huge turnout in Berlin:

And finally, the young people got some support from the scientists in the Arctic AND the Antarctic:

If you want to get involved, note that on Sept. 29 at 10 a.m. Central US, the webinar Island Resilience Forum: #SC1.5NCEnotSILENCE will be held. You can register to join the event here.

This is what the event will address:

It will illustrate the ways that island leaders and youth advocates are spearheading the global movement for science-based climate action in the midst of a pandemic.

We will discuss how youth leaders are adapting their organizing and advocacy efforts when in-person advocacy is no longer possible in many parts of the world. The event will also demonstrate the ways that island governments have created innovative and multi-sectoral partnerships to accelerate national energy transitions and improve resilience during the pandemic.