Climate Crisis Weekly: Why polar bears may be extinct by 2100 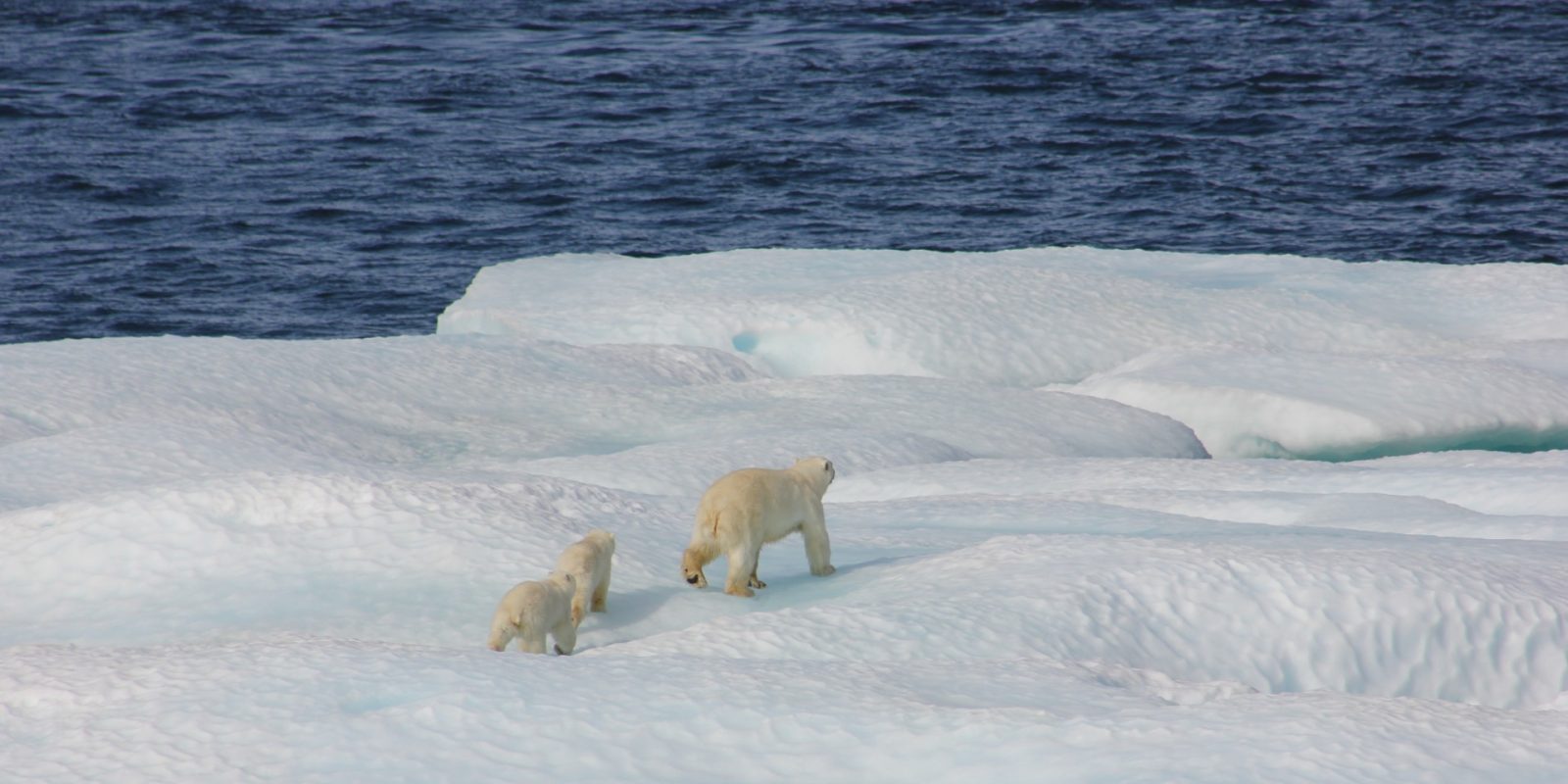 A new study, published in Nature Climate Change, found that polar bears are at risk of being starved into extinction. The abstract states of the Ursus maritimus:

With high greenhouse gas emissions, steeply declining reproduction and survival will jeopardize the persistence of all but a few high-Arctic subpopulations [of polar bears] by 2100. Moderate emissions mitigation prolongs persistence but is unlikely to prevent some subpopulation extirpations within this century.

According to the World Wildlife Fund (WWF), there are currently around 22,000 to 31,000 polar bears in the wild. Their habitat is Arctic sea ice, where they spend 50% of their time hunting for food — mostly seals. But that ice is rapidly melting due to climate change, which keeps them on land. And it’s harder to catch seals on land.

Polar bears can survive fasts for months, but, as NBC News points out:

In at least two regional groups of polar bears, prolonged fasting periods have already shown to negatively affect their body condition, reproduction rates, and size of their populations, the study said.

The World Meteorological Association announced on July 9 that “the annual mean global temperature is likely to be at least 1 degree Celsius above pre-industrial levels (1850-1900) in each of the coming five years (2020-2024) and there is a 20% chance that it will exceed 1.5 degrees C in at least one year.”

Groups like the WWF are treating the protection of polar bears’ survival as an urgent issue. What do we do to stop this? Reduce carbon emissions. The video below talks about specific actions. (Hint: green energy.)

This year’s report states that 43 countries in Africa and many in Asia and Latin America have already reached their Climate Action goals. Only Moldova has succeeded in Europe, and no country has succeeded in North America. (Australia: Nope.) The map is below, and the interactive map can be found here.

From a list of the countries with the top 10 worst carbon emissions, only India achieved the goals of reducing energy-related, exported and imported CO2 emissions. Together these 10 countries, which includes the EU as a whole, produce 68% of all global greenhouse gas emissions. Unless these countries begin to address climate change in a meaningful way, the Paris Agreement goal of warming below 1.5°C will likely not be met.

Two weeks ago, Electrek reported that the North Atlantic Right Whale has been added to the IUCN Red List of Threatened Species as Critically Endangered. That’s because there are fewer than 250 mature North Atlantic Right Whales left. Warmer sea temperatures have likely pushed their main prey species further north during summer, into the Gulf of St. Lawrence, where the whales are more exposed to accidental encounters with ships.

So ocean advocacy group Oceana has launched Ship Speed Watch, an online tool to monitor ship speeds in areas frequented by North Atlantic right whales. Slowing ship speeds to less than 10 knots in areas where these whales may be encountered can reduce the lethality of collisions by 86%.

For too long, we could only hope that vessels were obeying the speed limits, but with Ship Speed Watch, we can clearly see that ships are ignoring speed zones designed to protect this critically endangered species. To protect North Atlantic right whales, we need to expand mandatory speed restriction zones that require ships to slow down when whales are present along their migratory routes. The US and Canada must step up now to protect this species before it’s too late.

Climate change isn’t the easiest thing to talk about, is it? And when we still had (pre-pandemic) dinners with our friends, it was a good way to kill light chat. “So! Did you know we’re destroying the planet, and it’s an emergency? Can you please pass the wine?”

Grist spoke with the youth director of the international conservation organization Earth Guardians and activist Xiuhtezcatl (pronounced “Shoe-tez-caht”) Martinez, 20, about how to talk to your friends about climate change and convince them to care. He shared three user-friendly tips (in his own words):

To hugely understate it, this pandemic is rough. But as we’ve previously discussed, some good may come out of this horrible occurrence that’s killed hundreds of thousands — or at least, we have to hope good things come out of it.

A May survey of 2,500 Americans found that 42% were teleworking full-time. If remote work continues once the US gets past the worst of the results of COVID-19, it could put a dent in transport emissions. But it depends on where you live and how you travel.

Here’s an example: 58% of workers in New York City take public transport, but the rest of the commuters still put a million cars on the road. And New York is reliant on natural gas, so the big push in New York State this week for green energy — the largest in US history — is a welcome one.

Working remotely is more likely to benefit the environment when it replaces commuting by car (unless it’s an EV). Further, if your source of electricity while working from home is fossil fuels, it doesn’t really help so much. But if you’re a green energy user in the form of rooftop solar or community schemes (for example, I use Arcadia in Florida, which is community wind, and for example, New York State residents have access to Dandelion Geothermal — check it out here), then it definitely cuts down on emissions on both transport and home electricity. Further, if you’re working at home, there are a lot of ways to be more energy-efficient. Small changes add up.

Here’s what’s happening this week with the #FridaysForFuture protests. Charlotte Aumann in Kenya has just joined the climate strike:

Folks in the Netherlands are out and about now. Here’s a climate strike in Utrecht:

Patsy Islam-Parsons is doing her thing in Australia:

And finally, Scottish kids are outside government in Edinburgh. Have a good weekend.

And some good news: