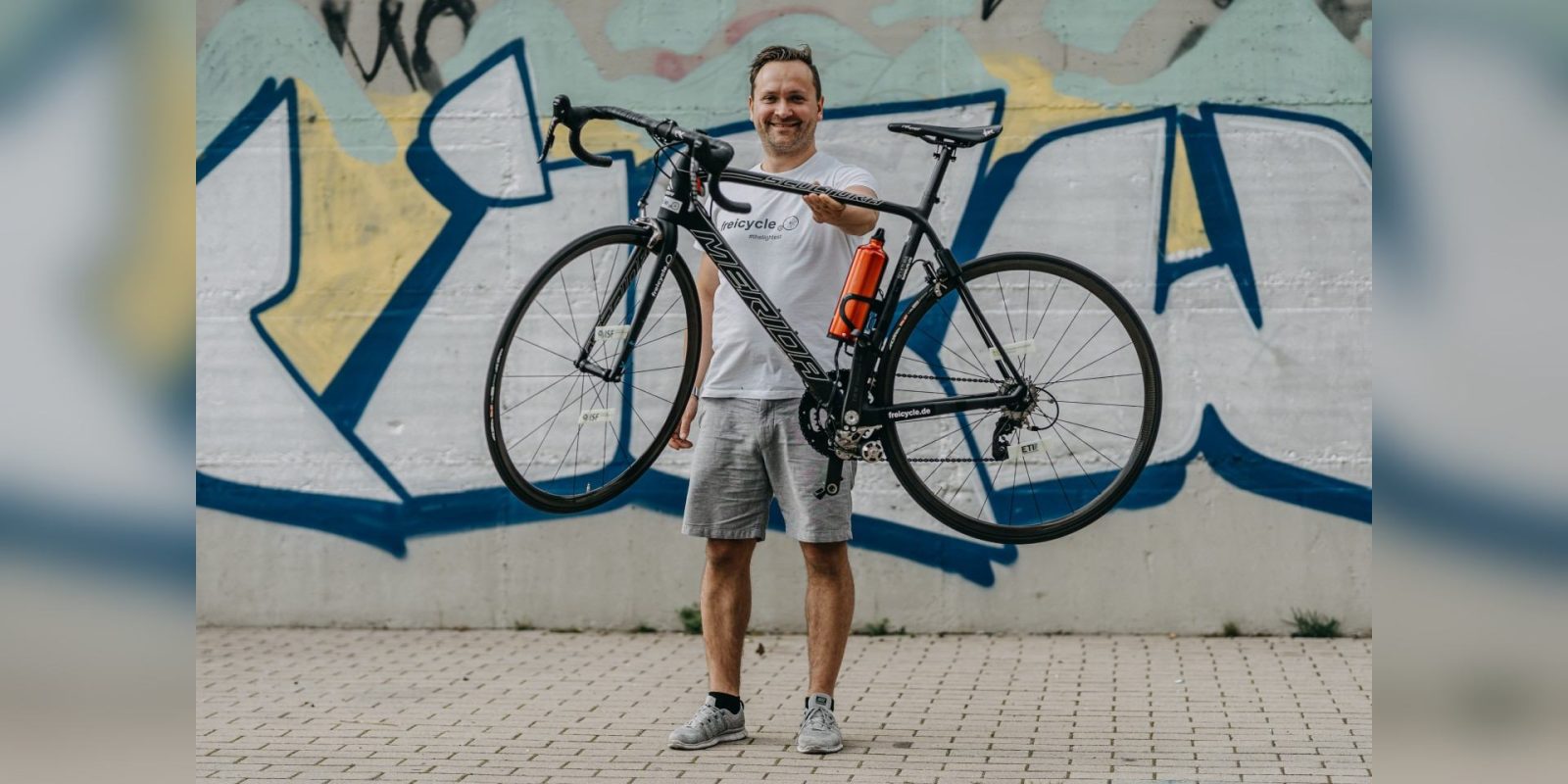 We’ve seen lightweight e-bikes before, but none have ever approached the 15.15-lb (6.872 kg) Freicycle electric bike built by mechanical engineer Dennis Freiburg.

The Freicycle took Freiburg the better part of a year to design and build, serving as part of a project for his doctoral degree.

Built on a carbon Merida Scultura road bike, the Freicycle benefited from the start with an ultralightweight frame weighing less than 2.2 lb (1 kg).

Freiburg kept the rest of the weight down with as much carbon fiber as possible for critical load-bearing components such as the wheels, fork, and cranks.

Other components that couldn’t be sourced light enough were 3D-printed, such as special ultralight pedals.

But of course, the beating heart and soul of any electric bicycle are the motor and battery.

For the motor, Dennis relied on a decidedly low-tech but lightweight solution: a friction drive.

Lightweight hub motors and mid-drive motor exist, but they can’t compare to the minimalism of a properly-designed friction drive.

These types of e-bike drives have been around for decades due to their simplicity. A powered roller is pressed against the bicycle tire, requiring minimal mounting and zero gearing. Freiburg used a brushless RC helicopter motor capable of putting out 600 watts of power, wrapped in an abrasive sleeve to provide grip to the rear tire.

The torque of the motor causes its simple mount to swing down and engage the rear tire. When the motor’s power is cut, the spring-loaded mechanism pulls it back out of the way of the tire. Simple. Effective. Light.

An easy way to save on weight would be to install a tiny battery. A watch battery might make the wheel spin a revolution or two with a step-up converter, but it wouldn’t take you very far.

To cut down on shenanigans like that, Guinness requires a battery of at least 137 Wh for a valid record attempt.

Freiburg built a regulation battery and managed to stuff it inside a lightweight drink bottle held in place by a 3D-printed bottle cage. The bottle cap even serves double duty as the on/off switch, which you can see in the video below.

The battery isn’t huge, but with enough pedaling it will apparently take the rider between 12-22 miles (19-35 km).

And while this obviously isn’t something that you can buy today, the DIY nature of the project is still impressive. We’ve featured a number of DIY e-bike builds and even undertaken our own. But we’ve never seen anything quite like this!

As e-bike construction continues to evolve and more carbon fiber e-bikes reach production in the coming months, it will be interesting to see if a retail e-bike can ever challenge Dennis for the record.