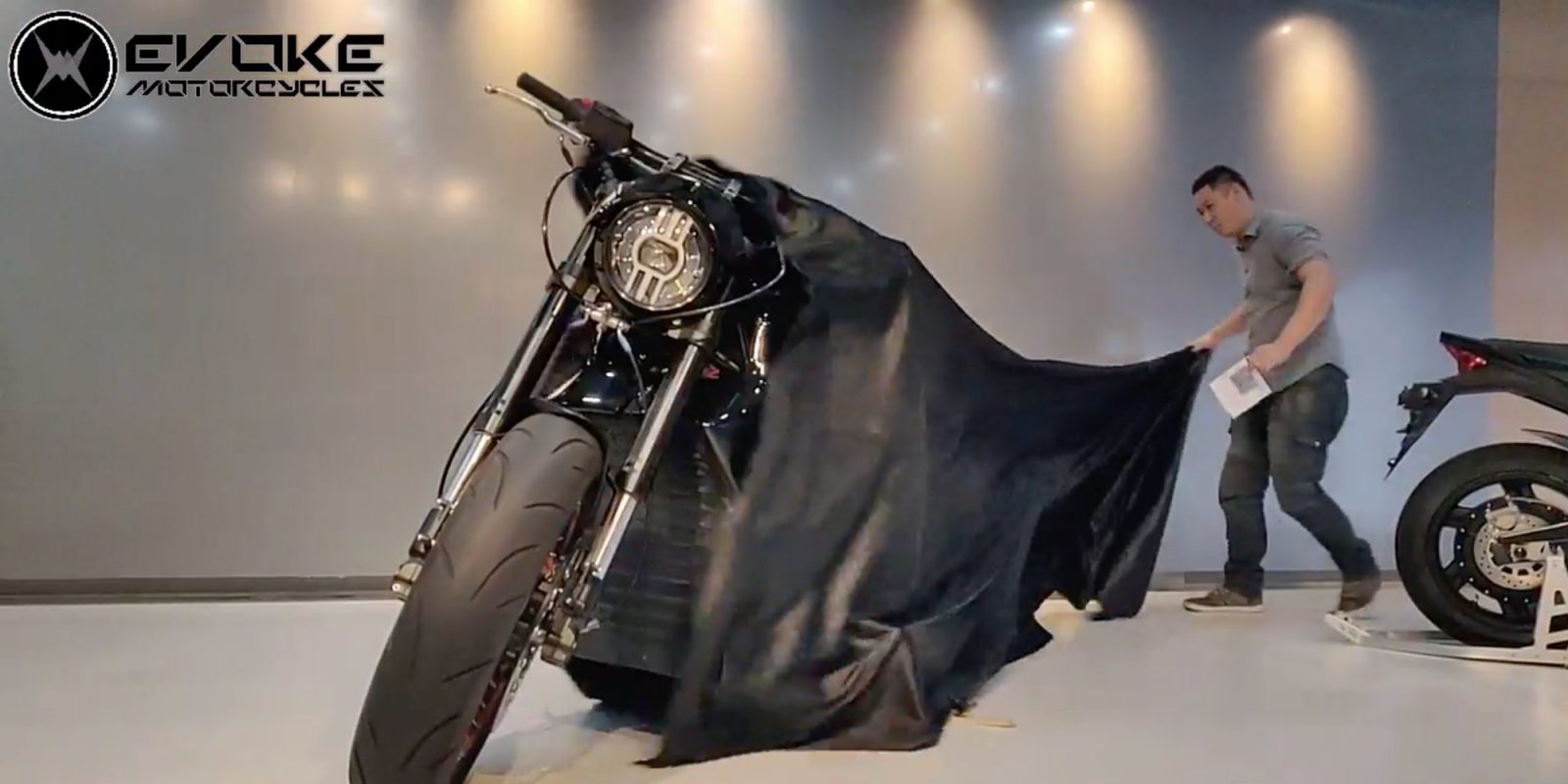 It’s been over a year since we broke the news that Beijing-based Evoke Motorcycles was in development of a CNC aluminum-framed electric cruiser motorcycle known as the Evoke 6061.

While we previously only saw renderings of the fast-charging electric bikes, now we’re getting our look at the first real bike ever thanks to Evoke’s livestream unveiling.

Powered by a 120 kW (161 hp) liquid-cooled electric motor, the Evoke 6061 claims a top speed of up to 230 km/h (143 mph). That means it actually edges out leading American electric motorcycles such as the Zero SR/F and the Harley-Davidson LiveWire in terms of both top speed and peak power.

The liquid-cooled battery pack is another industry leader at 24.8 kWh, beating even the giant 21 kWh batteries on Energica’s updated electric motorcycle line.

With that much range, electric motorcycle touring becomes an option, with riders likely to get two to three hours of ride time between charge breaks.

Speaking of charge breaks, they won’t be very long. The inclusion of DC fast charging means that a 15-minute charge stop at a 125 kW fast charger can fill the Evoke 6061’s battery pack from 0-80%. As Evoke puts it, “At 25 km per minute of charge, your pit stop won’t give your tires a chance to cool down.”

The bike also includes a built-in 1.8 kW AC charger, which will leave you waiting quite a bit longer to fill up when you don’t have a Level 3 DC fast charging station around.

For those wanting to get their hands on a 2021 Evoke 6061, you’ll need to plunk down a fully-refundable US $5,000 deposit. Initially, there will be only 100 Signature Series bikes produced, and they carry a hefty price tag at $24,995. While pricey, that puts the Evoke 6061 in line with Energica’s Italian racing electric motorcycles and only slightly above a premium model of Zero’s SR/F. And of course, it’s still more affordable than the infamously expensive Harley-Davidson LiveWire’s $29,799 price tag.

If those prices are a bit rich for your blood (like they are for mine), you might still be interested in Evoke’s Urban and Urban Classic electric motorcycles. For around 1/3 of the price of Evoke 6061, they feature a sportier design and can hit modest speeds of up to 130 km/h (80 mph), making them sufficient for both city commuting and highway cruising.

The last time we checked, the bikes were still undergoing homologation for the US ahead of a wider rollout, though many US customers have already performed individual purchases/imports to receive the Evoke Urban electric motorcycles stateside.

On the one hand, those are some pretty awesome specs. And Evoke has a great reputation for their Urban line of electric motorcycles, so I feel pretty confident that they’ll deliver on their promises for the new Evoke 6061.

On the design side though, I’m not sure how I feel. I love seeing a cruiser e-moto since they are so rare in the electric motorcycle market. I’m not really a cruiser fan myself, but I get it and I’m glad to see options arising for the many cruiser riders out there that are looking to go electric.

But there’s something that seems off with the matchup between that CNC-fabricated twin-plate frame and the molded body panels in front of it. I’m not sure if it seemed to work better with the matching primer grey colorway from the original renders, but in person I’m not sure how I like the look of it when the curved panels covering the oven-sized battery abruptly meet the flat CNC work.

I don’t know, I’m going to have to stare at it a bit longer. While I do that, why don’t you let me know your thoughts in the comments below!