Last month I ran a story about the emergence of what was claimed to be the first American electric cruiser motorcycle, the Hadin Panther. After some digging around, I discovered that the company’s American-based claims were somewhat exaggerated, and I was unsure what to expect at the bike’s unveiling at this year’s EICMA Milan Motorcycle Show.

But as it turned out, the company showed up with some legit motorcycles, and were able to get a bit closer to the bottom of this odd yet interesting story of the first “American-style” electric cruiser bike.

The problem first arose when Hadin claimed to be a California company ready to drop a brand-new cruiser electric motorcycle on the world.

But as it turned out, I hadn’t really. Digging around showed me that while there was an LLC for the bike founded in California in 2016, I could trace every other piece of info or development associated with the bike back to a Chinese company.

Last week I finally got to meet that company in person at the 2019 EICMA Milan Motorcycle Show. And while they are 100% Chinese and 0% American, they still showed up with some pretty awesome (and legitimate) electric cruiser motorcycles. 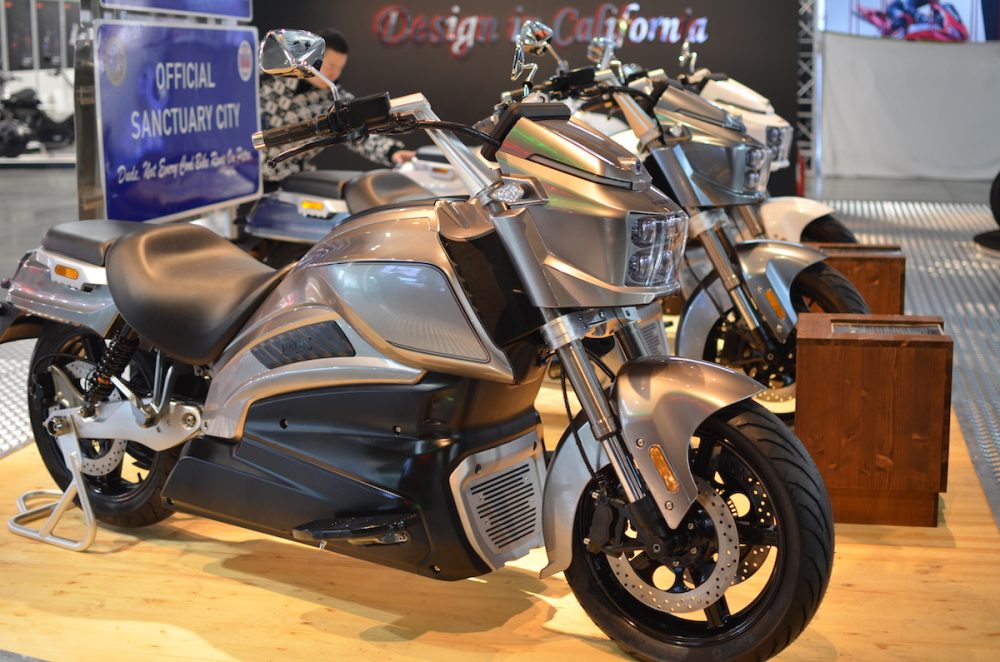 The company still leans hard into that California theme despite having almost nothing to do with the Golden State outside of a dormant LLC, but at least the bikes look good.

The story goes that they initially planned to do the R&D work on the Hadin in the US, but found that there were much better resources for two-wheeled EV development in China. So they headed home in 2016 and completed (after presumably also starting) the R&D there.

Fast-forward three years to today, and you’ll see the fruit of that work below.

The frame is a hand-welded aluminum trellis frame, and the bike features dual front and single rear disc brakes. The Panasonic battery is rated for 160 km (100 miles) of range.

A large 7-inch touchscreen comprises the instrument panel and also interfaces with the Hadin Panther’s smart features, including telemetry and its front and rear HD cameras. The cameras work like a dashcam, and their video can be downloaded either onto a SIM card or via the bike’s smartphone app. 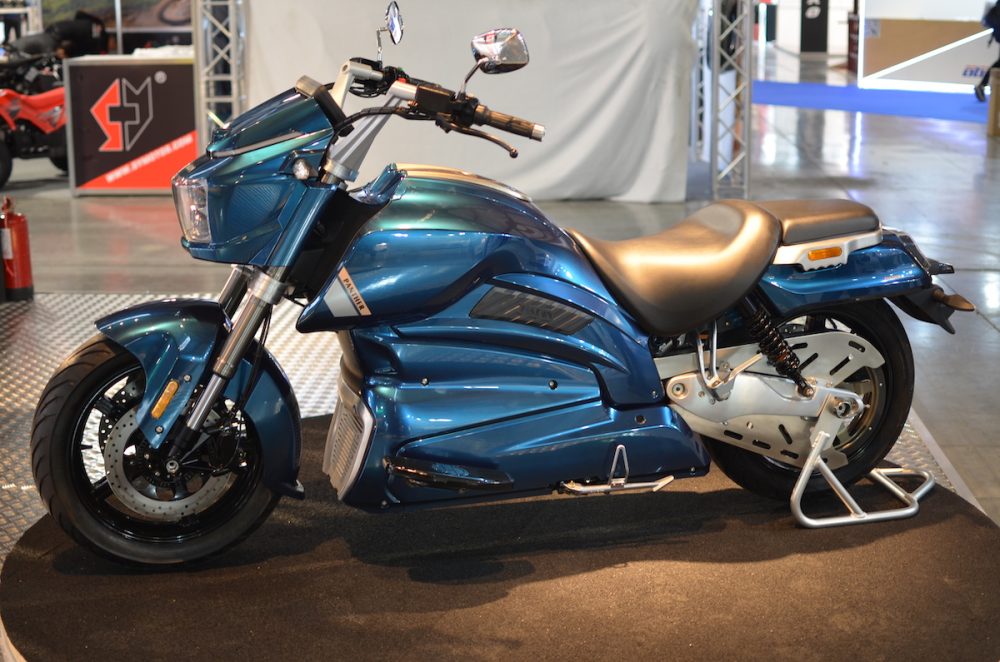 Despite the American cruiser theme, Hadin is planning to enter the European market first in second-quarter 2020. The final sale price isn’t set, but Hadin expects it to fall in the mid-$20k range. That would put it up against some other cruiser-styled electric motorcycles, price-wise. It would also make it one of the most expensive Chinese electric motorcycles on the market.

We’ll do our best to get on a Hadin Panther as soon as possible to let you know how it rides. Until then, let us know what you think of the cruiser bike in the comments below.