Electrek has discovered a new Tesla secret project called “Palladium,” and it involves some important updates to the Model S and Model X.

Earlier this year, Electrek exclusively revealed information about Tesla’s “Roadrunner” secret project to build its own new battery cells and its own technology to produce them.

Now sources have confirmed to Electrek that Tesla has another secret project codenamed “Palladium” that is currently being deployed in Fremont factory and Gigafactory Nevada.

Not much is known about the project as Tesla is keeping the information compartmentalized throughout the organization, but Electrek has been able to confirm its existence with several sources.

It’s still unclear how far-reaching the Palladium update is going to be, again due to Tesla keeping the information compartmentalized, but it sounds like it could be significant.

According to people familiar with the matter, the new Palladium update is going to involve new battery modules and drive units that are going to serve as the basis of the upcoming “Plaid” version of Model S and Model X.

The new powertrain is going to enable a tri-motor configuration for plaid and feature increased performance and efficiency. We don’t have the final numbers just yet, but it should be impressive.

Another source told Electrek that it involves more than the powertrain, and one employee even referred to a new “Model S and Model X Palladium Body” — meaning that the new version of the vehicles will have a different body.

When Tesla started testing early prototypes of the Model S Plaid, it did feature some body modifications, but it hasn’t been clear whether Tesla plans to bring them to the production version.

Tesla is currently updating production lines in Fremont factory and Nevada as part of the new Palladium project.

The exact timing of the launch is unclear, but it should be ready by the time Tesla holds its ‘battery day’ in September.

We haven’t been able to confirm why Tesla codenamed the project “Palladium.”

Palladium is one of the six platinum-group metals, and the majority of the palladium mined around the world ends up in catalytic converters in car exhausts. 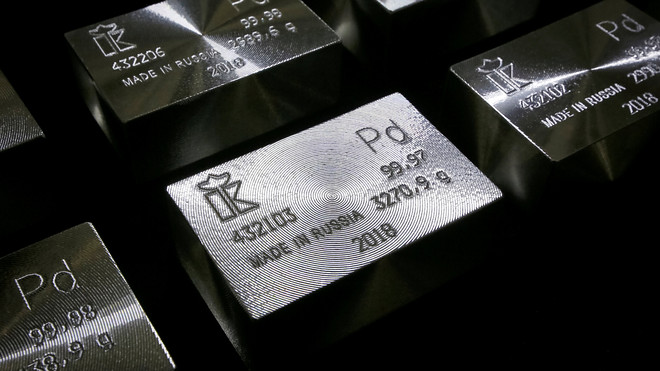 It’s unclear if some of the new components in the new Model S and Model X Palladium update use the materials, or it might be a jab at combustion engines who need their emission cleaned up by palladium.

Tesla is like palladium for the entire auto industry?

Also, the price of the material has increased significantly over the last few years, and some have even compared it to the rise of Tesla’s stock.

In another interesting note, it also sounds like both Roadrunner and Palladium could be related.

For example, the new Palladium Model S and Model X could be the first vehicles in Tesla’s lineup to receive the new battery cells built by Tesla from the ground up.

New cells, new modules, new motors, and a new body would be some significant updates to Model S and Model X, but Tesla doesn’t do car refreshes.

It could also possibly be timed with an interior design update, which Tesla originally planned for last year before being pushed.

Though if those are combined together, it would be hard for Tesla not to call the update a “refresh.”

Either way, I am glad that Tesla is planning a major update to Model S and Model X who have been somewhat neglected as the flagship vehicles for Tesla.

They received several incremental improvements over the last year, but it does now feel like the cheaper Model 3 and Model Y are the technology leaders for the automaker.

It looks like the Palladium project is going to change that.