What does it mean?

When Tesla launched Supercharger V3 last year, the automaker made it clear that only Model 3 would take full advantage of the new 250 kW charge rate.

It still wasn’t as powerful as the Model 3 Supercharging rate, but it was a decent bump that helped shorten the charging sessions of Model S and Model X owners.

Last month, Tesla increased the Model S and X Supercharging rate to 225 kW through a software update for some of the most recent vehicles delivered.

Now, Tesla has increased the top Supercharging rate for new Model S and Model X vehicles, according to an update of the specs on its website: 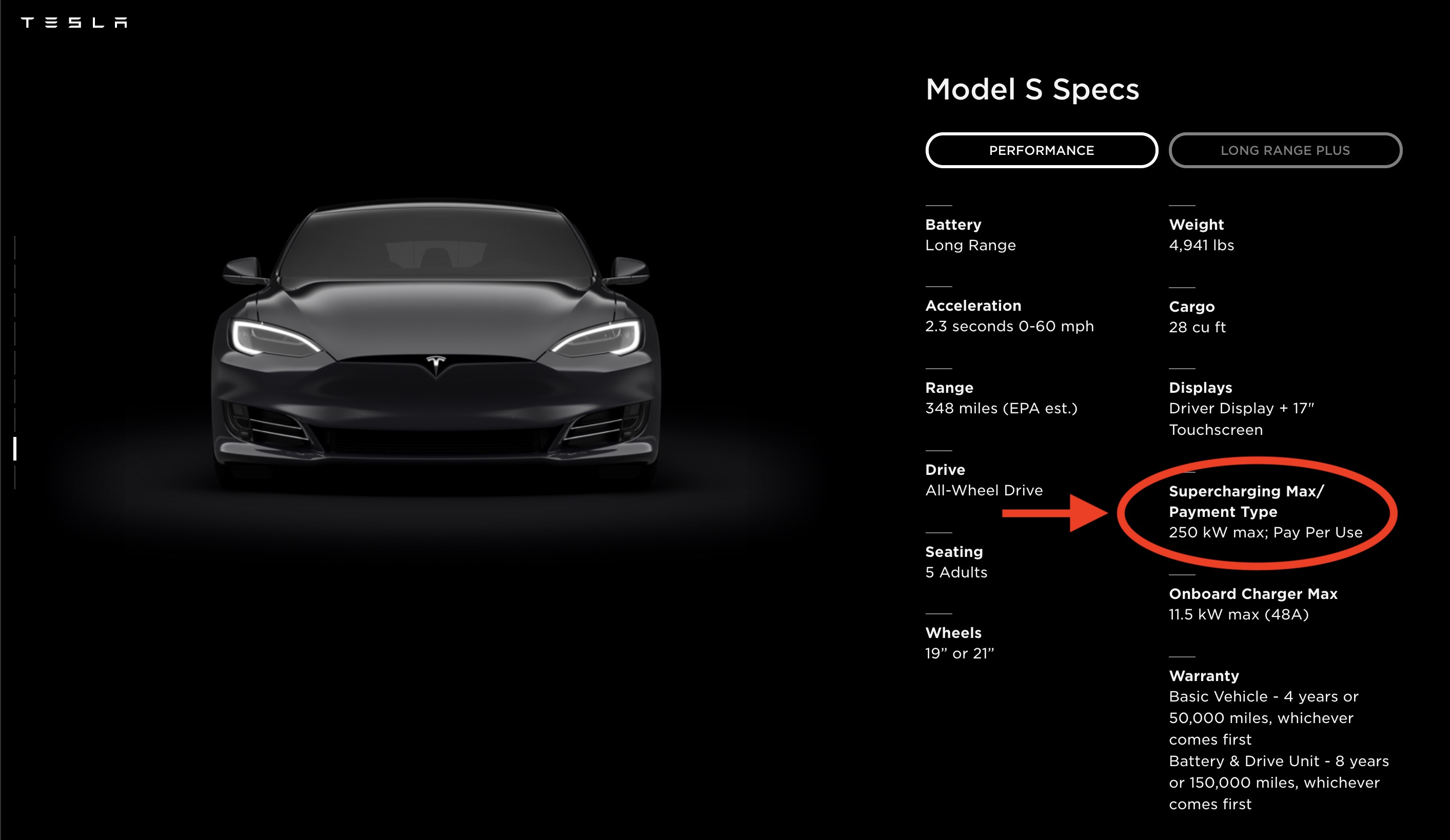 This updated charge rate seems to apply to new Model S and Model X vehicles and not something available via a software update like the previous increases – at least for now.

It’s not clear what is enabling the new charge rate that has now caught up to Model 3 and Model Y’s charge rate, but Tesla has been incrementally improving Model S and Model X vehicles over the last few years, and it is rumored to lead to a bigger update by the end of the year.

Update: Musk has now confirmed that Tesla had to “increase some wire thicknesses in S/X to reduce resistive heating” in order to achieve the 250 kW charge rate..

For those who have been following this saga, it has never been exactly clear why the Model S and Model X top charging speed has fallen so far behind Model 3.

Tesla has been using a different cell form factor in the new electric sedan, but the automaker claimed to have also updated the chemistry in the Model S and Model X 18650 battery cells.

Therefore, the limiting factor was never clear, and many were puzzled by Tesla not upgrading the Supercharging rate of its flagship models to match the important feature of its less expensive models.

I think that it is a big part of why Model S and Model X sales haven’t been going well over the last year.

There have been rumors lately of Tesla introducing a new battery pack for Model S and Model X recently, and that might explain the increased charge rate.

Some are also speculating that Tesla might already be using its new in-house battery cell in the Model S, but that might be hopeful thinking.