In Fremont today, Tesla is launching the next generation Supercharger V3 with higher charging capacity (250 kW), better efficiency, and more.

Some of the most important points:

Tesla announced that new Supercharger is able to deliver a new 250 kW of peak power thanks to an “all-new liquid cooled cable design.” The video below shows it going even higher to 256kW.

According to the company, the cable is “significantly lighter, more flexible, and more efficient” than their current air-cooled cable found on the V2 Superchargers.

We reported earlier today that Tesla temporarily had a thinner Supercharger cable at its Computer History Museum location that was liquid cooled two years ago.

The company eventually stopped using them and replaced them with the thicker traditional cable, but they said that they would go back to liquid-cooled cables at some point – that’s today.

Here is the new Supercharger V3 cable (left) compared to the older one (right): 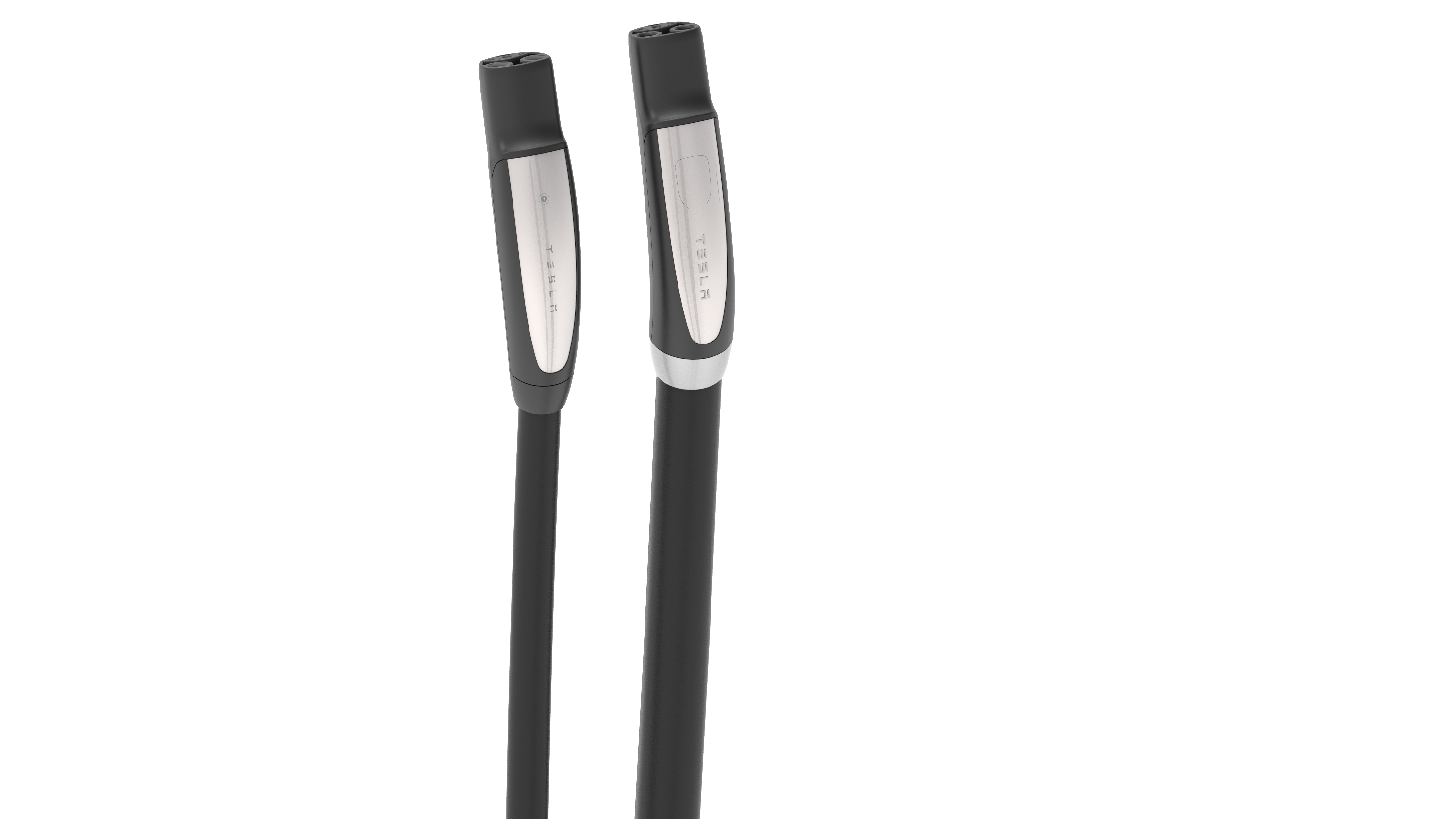 Other than the cable, the Supercharger V3 should be undifferentiated from V2 at the station. The company didn’t even release new pictures for V3.

If you look at little further however, you might see differences in the Supercharger cabinet (large metal boxes in the back of a station).

The new 250 kW peak at the station is also enabled by a new 1 MW power cabinet.

Instead of using onboard chargers staked together, the new Supercharger is built using technology Tesla developed for its massive grid energy storage system.

With the new technology, there will be no power share between stalls like in the current version.

On Tesla’s most efficient vehicles, like the Long Range Model 3, the company says that the new Supercharger V3 can add up to 75 miles of range in 5 minutes and charge at a peak rage of 1,000 miles per hour of range.

The automaker released the following video to show the new charging capacity:

A new ‘On-Route Battery Warmup’ software feature was also announced. When entering a Supercharger station in your navigation system, the vehicle’s software will “intelligently heat the battery to ensure you arrive at the optimal temperature to charge.” That’s assuming you have enough charge in the battery when you come in.

The new feature alone should reduce “average charge times for owners by 25%,” according to the automaker.

Tesla says that the new peak charging rate is only for Model 3 (all produced to date) after a software update that will gradually ramp up as they deploy more new V3 Supercharger stations in the next quarter.

The company did note that they will “increase Model S and X charging speeds via software updates in the coming months”, but they didn’t specify to what capacity.

That said, they did say that they going to update current V2 infrastructure to a new peak charge rate of 145kW for single-vehicle charging (when not sharing the next Supercharger stall).

They wrote about the availability of the new Supercharger capacity:

“Beginning today, we’re opening the first public beta site in the Bay Area, which will incrementally be made available to owners in Tesla’s Early Access Program. We’re launching V3 Supercharging for Model 3, our highest volume vehicle, and we’ll continue to expand access as we review and assess the results of millions of charging events. We will increase Model S and X charging speeds via software updates in the coming months. V3 Supercharging will roll out to the wider fleet in an over the air firmware update to all owners in Q2 as more V3 Superchargers come online. Our first non-beta V3 Supercharger site will break ground next month, with North American sites ramping in Q2 and Q3 before coming to Europe and Asia-Pacific in Q4.”

Tesla believes that by combining the with other improvements, V3 Supercharging will “ultimately cut the amount of time customers spend charging by an average of 50%. 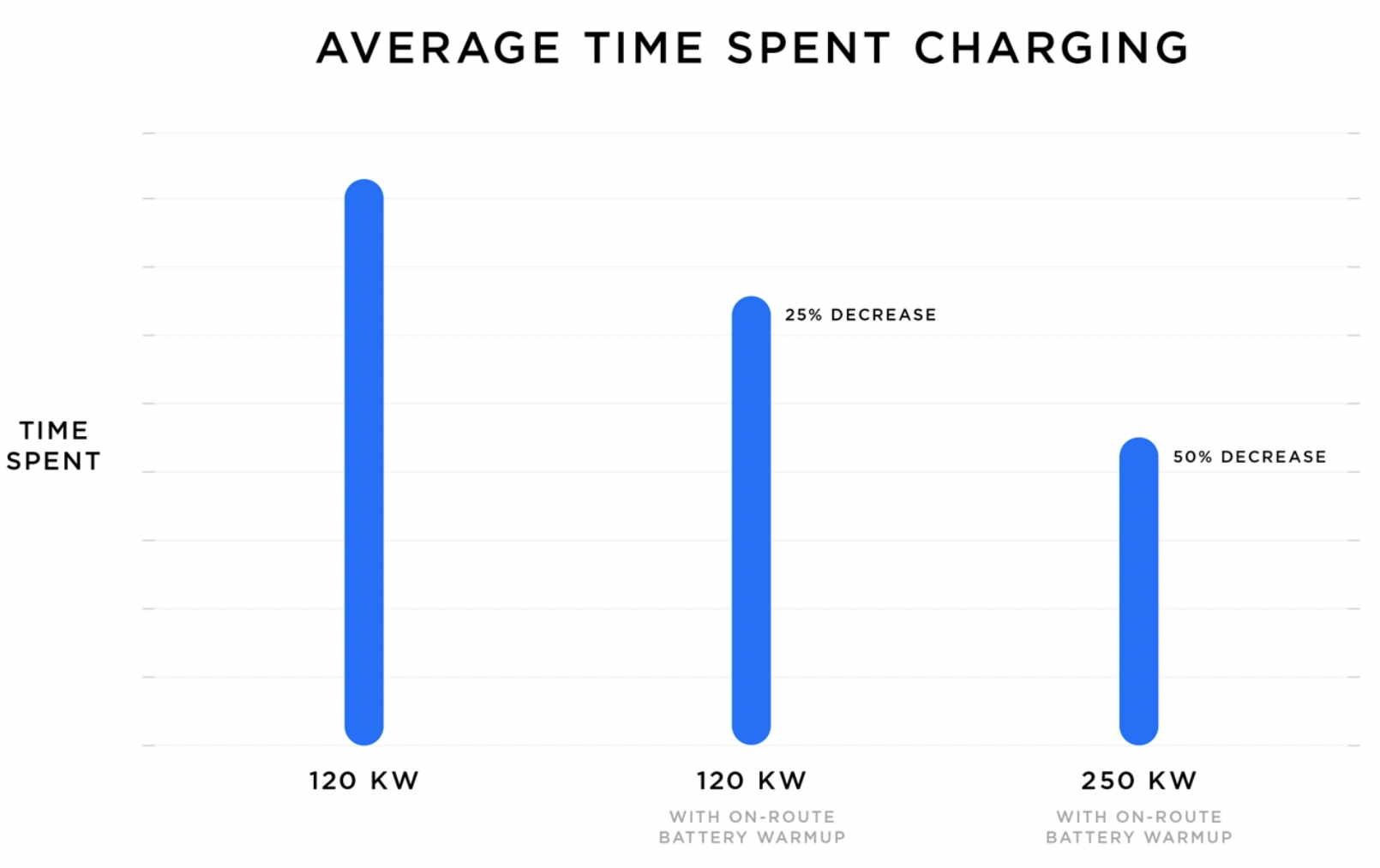 Tesla expects that reducing the time spent at the station and improving efficiency with the new cable and charging cabinet will result in significant cost savings for the Supercharger network.

With the more capital efficient technology, they expect that they will accelerate the rollout and they are still committed to getting to “100% ownership coverage across all regions” in which they operate.

That’s about what we expected for the specs, but I didn’t even think about how high the charge rate in mph would be for a vehicle as efficient as the Model 3 on that kind of power.

1,000 miles per hour of charging is crazy. Game changer really. That’s 100 miles in 6 minutes for those scoring at home.

Also, the ‘On-Route Battery Warmup’ feature is brilliant. That’s the kind of thing that when you finally come up with it, you ask yourself why no one has thought of it before. That should help all Tesla owners back to 2012 Model S.

Not only will Teslas charge faster, but they will leave the stalls quicker, increasing the amount of cars that can be charged at a station.

The only thing I am disappointed in is the lack of clarity when it comes to the new charge rate capacity of Model S and Model X.

It sounds like Model S/X battery architecture won’t be able to take 250 kW, but it will be increased from 120 kW in “the coming months”.

OK, but increased by how much and vehicles produced since when will see the increase?

When I asked, Tesla said that they couldn’t confirm it yet, but they will release more information throughout the beta program.

That’s fair, but I think it will turn a lot of people away from Model S and Model X in the meantime.

As for Model 3, it’s excellent news and it will become increasingly significant as Tesla deploys the new V3 Supercharger stations.

We were also expecting to hear that Tesla would be deploying batteries at these stations and perhaps that’s part of upcoming announcements. These could help offset demand charges and even supply energy to the grid during peak times, helping to offset electricity usage. Combining with solar, this would also increase the resiliency of the Superchargers to Grid outages.