KYMCO has recently patented the production version of its KYMCO RevoNEX electric motorcycle, indicating that the bike might actually stick to its estimated delivery timeline.

KYMCO unveiled the RevoNEX at the EICMA Milan Motorcycle Show at the end of 2019.

From the beginning, the company has promised that this wasn’t just another concept bike, and that the RevoNEX would see production in 2021.

But even from my front-row seat at the unveiling where I could see the bike with my own eyes (check out my unveiling video below), I still had some doubts.

The previous year, KYMCO had unveiled their SuperNEX electric superbike at the same show. And despite rolling it out at the Tokyo Motorcycle Show a few months later, we haven’t seen or heard much about the superbike concept lately.

But it looks like the RevoNEX has a brighter future.

KYMCO seems to be sticking to its promises, as indicated by new patent images showing the 2021 KYMCO RevoNEX in production form.

The bike looks largely the same as its original concept, with only slight modifications seen in the wheels, the rear pillion seat cover, and a final chain drive.

It also appears that the Brembo brakes have been swapped out for units from a different supplier. 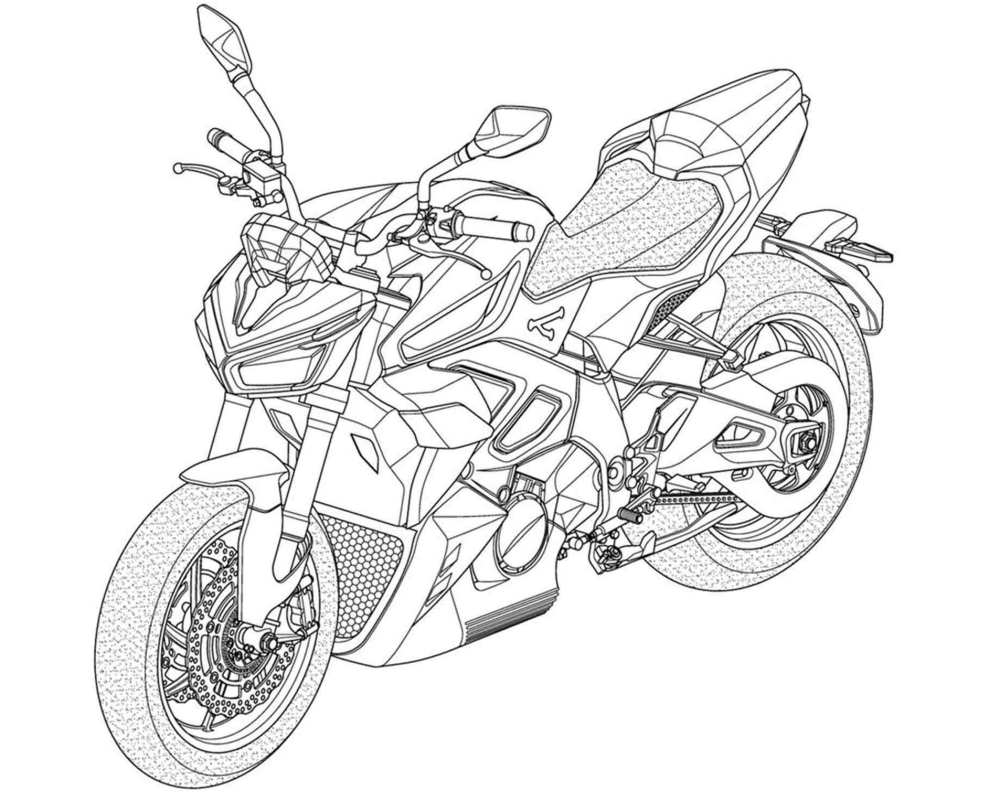 The RevoNEX is expected to offer performance that is just shy of the Zero SR/F and Harley-Davidson LiveWire electric motorcycles. 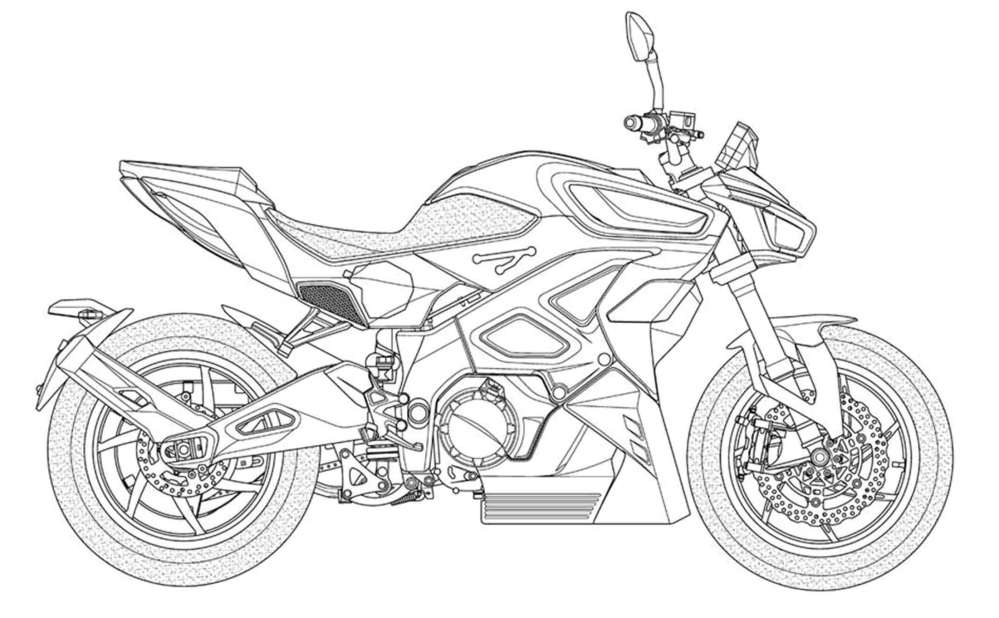 One major difference that will set the RevoNEX apart, though, is its inclusion of a six-speed manual gearbox. This could also be the reason for the final chain drive, despite most electric motorcycles opting instead for a belt drive. Combine a torquey electric motor with the impulse load of dropping the clutch, and you could have some serious force applied to a belt.

While chain noise is a much bigger consideration on quiet electric motorcycles, the rear swingarm on the production version RevoNEX’s patent pictures indicate that a wraparound chain guard will be installed, potentially helping to mitigate some of the chain noise.

KYMCO is hoping that including a manual gearbox will help them win over gas-bike riders who haven’t switched to electric motorcycles yet because they don’t want to give up the experience of running through the gears.

We don’t have a price yet, but Taiwan-based KYMCO could have a big cost advantage over US electric motorcycle companies. With KYMCO promising to have RevoNEXs in dealers by the end of 2021, we will hopefully find out more details about the bike soon.

Until then, what do you think of the KYMCO RevoNEX? Will it be able to compete with American electric motorcycles or up-and-coming Italian brands? Let us know in the comment section below.