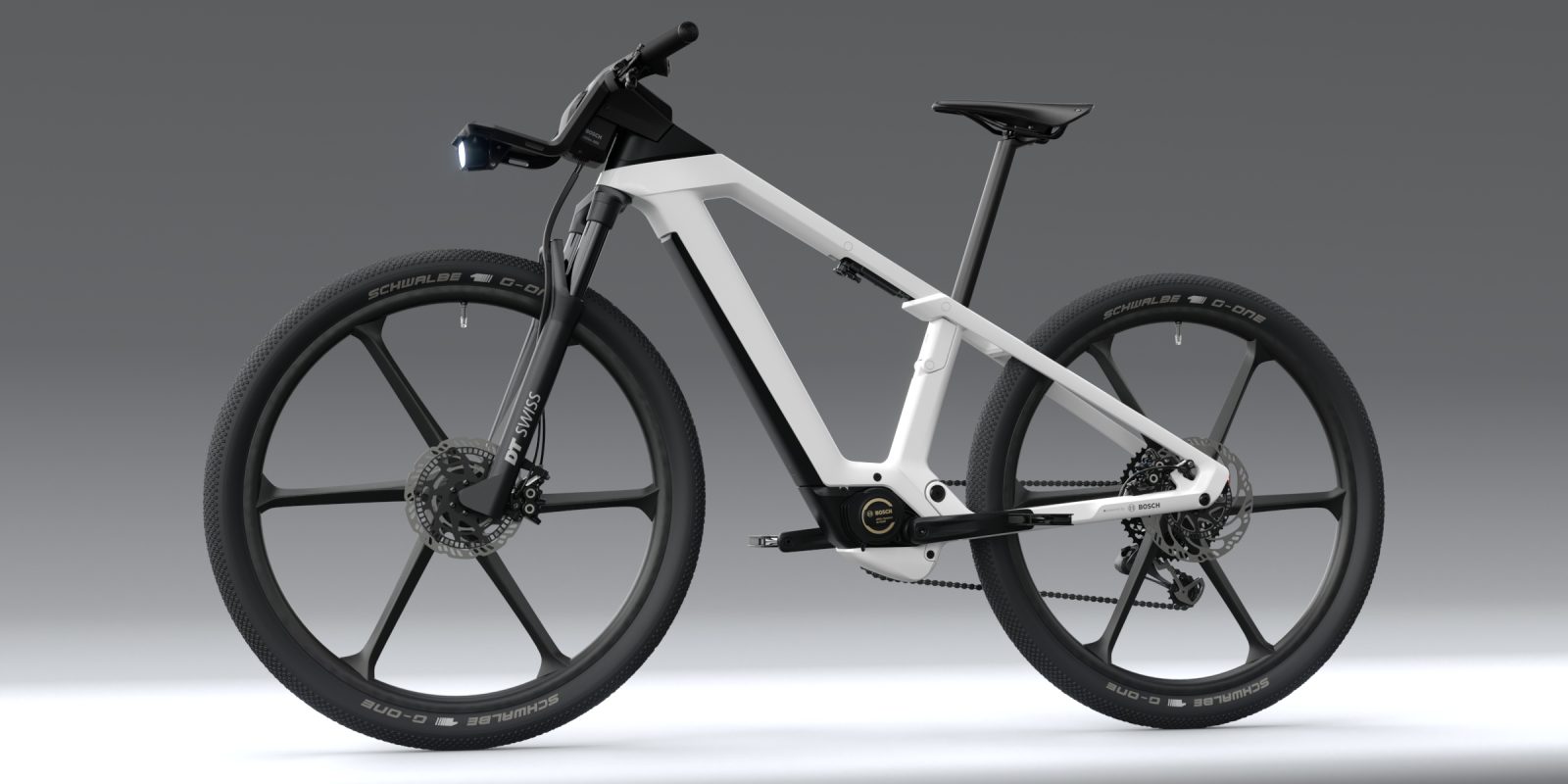 Today Bosch unveiled a new concept for a futuristic full-suspension on and off-road electric bike that incorporates and showcases a number of different Bosch technologies.

When it comes to Bosch and electric bikes, we often think first of the company’s selection of electric motors.

Now the company is celebrating the 10-year anniversary of its entry into the electric bicycle market by showing off a new concept e-bike. But instead of relying on futuristic tech that will never make it to market, Bosch’s e-bike concept is packed full of Bosch’s current tech, showing what could conceivably be a present-day e-bike with a bit of a futuristic twist.

Our aim in developing the eBike Design Vision is to show what is already possible today when it comes to functional design integration and investigate where the journey might take us in the future. 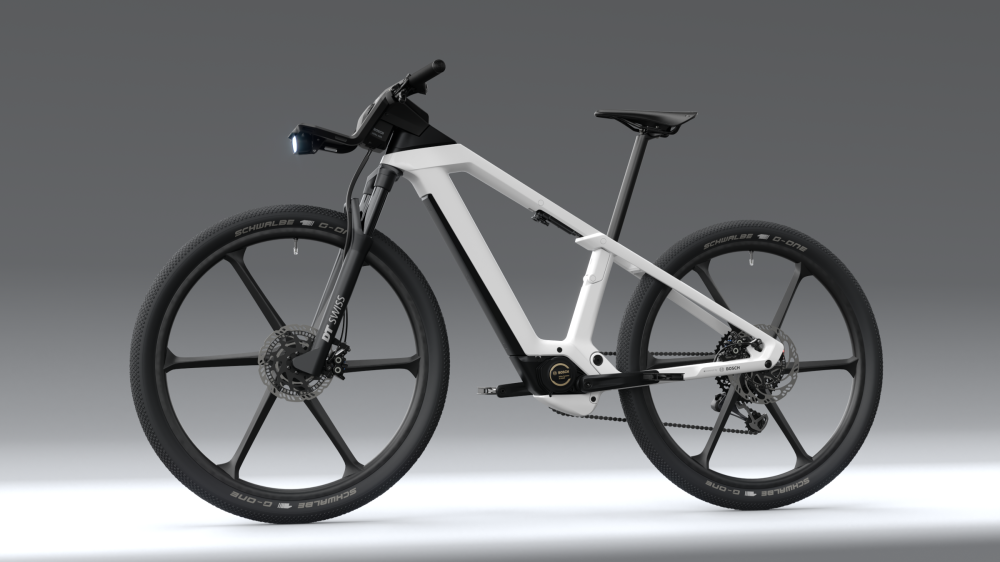 The bike, known as the eBike Design Vision, is being referred to as an Urban Sports Cruiser. It features a carbon frame and Bosch’s high-end Performance Line CX mid-drive motor. That motor is paired with a Bosch Powertube 625 battery that is concealed in the downtube. Cooling channels are built into the frame to allow for cooling air flow.

Keeping with the concealed component theme, Bosch also hides a rear shock in the top tube, meaning this bike features full suspension despite looking like a hardtail. 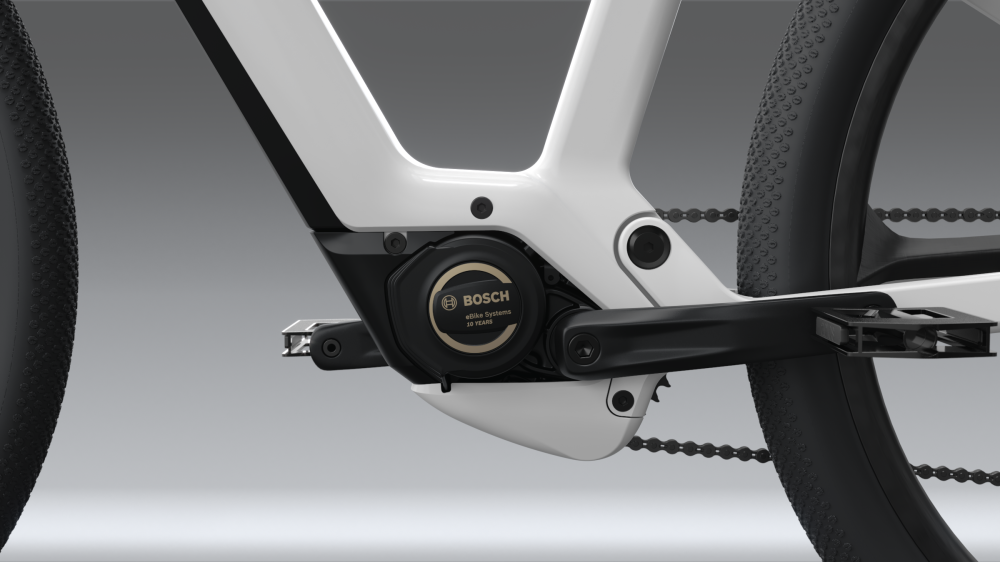 The hydraulic disc brakes have their hydraulic lines fed through the handlebars to maintain the clean look of the bike. The brakes also feature Bosch’s e-bike anti-lock brakes, with the controller for the system hidden behind the front cargo rack.

That cargo rack sports an always-on LED headlight that has a matching LED tail light built into the rear of the frame.

Bosch’s Nyon computer is also built into the bike’s stem. 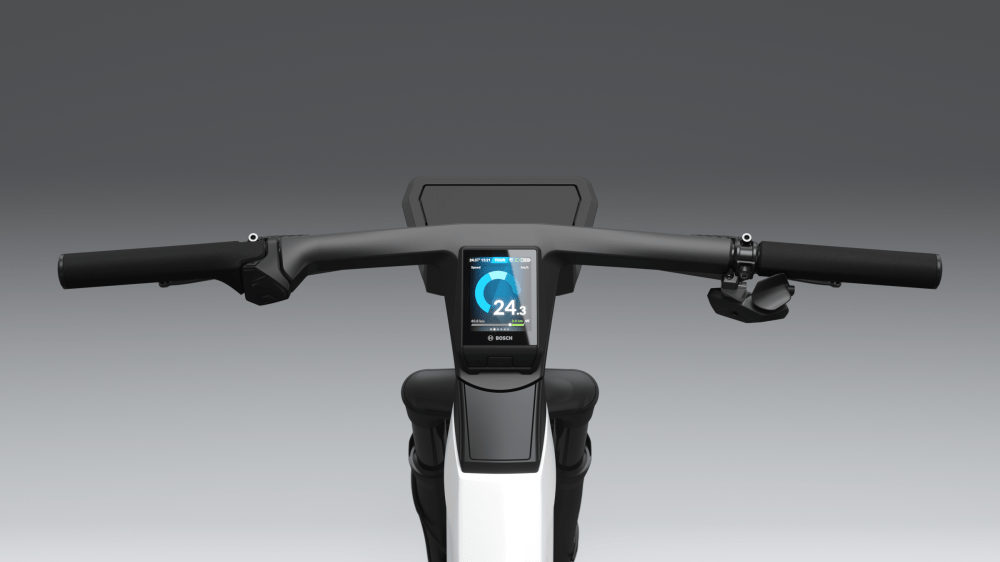 It’s a slick looking e-bike, and I appreciate that this is one concept bike that could actually be produced today.

I do worry a bit about how much something like this would cost, but that’s not really the point here. 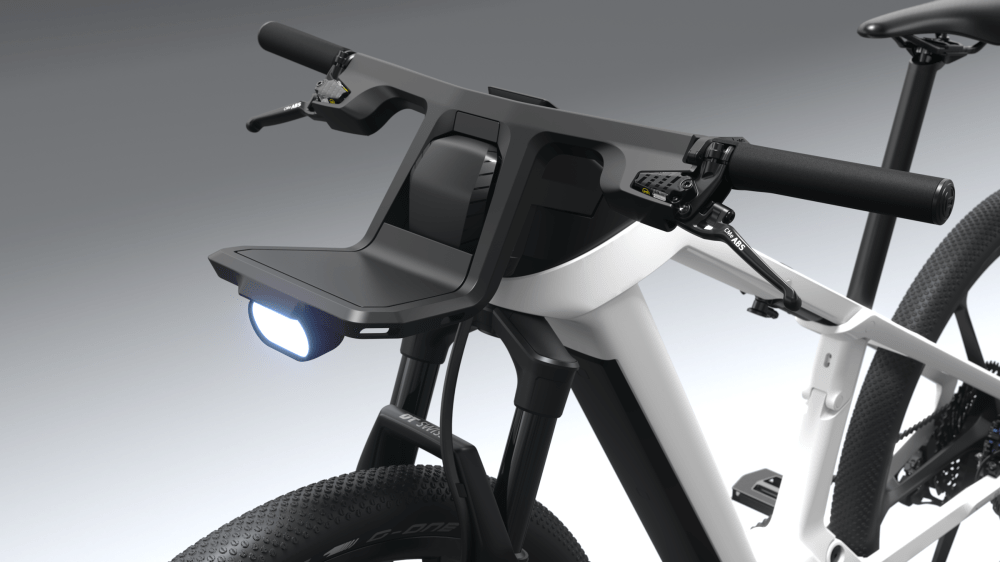 The point is for Bosch to show off how many e-bike components they make, and how well they could all be integrated into a single system. And it seems like they accomplished that quite well.

Hopefully bike designers take note of some of the interesting features here and incorporate them into their own designs. I could see myself on a bike with that hidden rear shock. Think of all the extra room that gives for accessories, bags, and other storage solutions. It could make for a great full suspension bike-packing setup!

What do you think of Bosch’s concept e-bike? Let us know in the comments below!