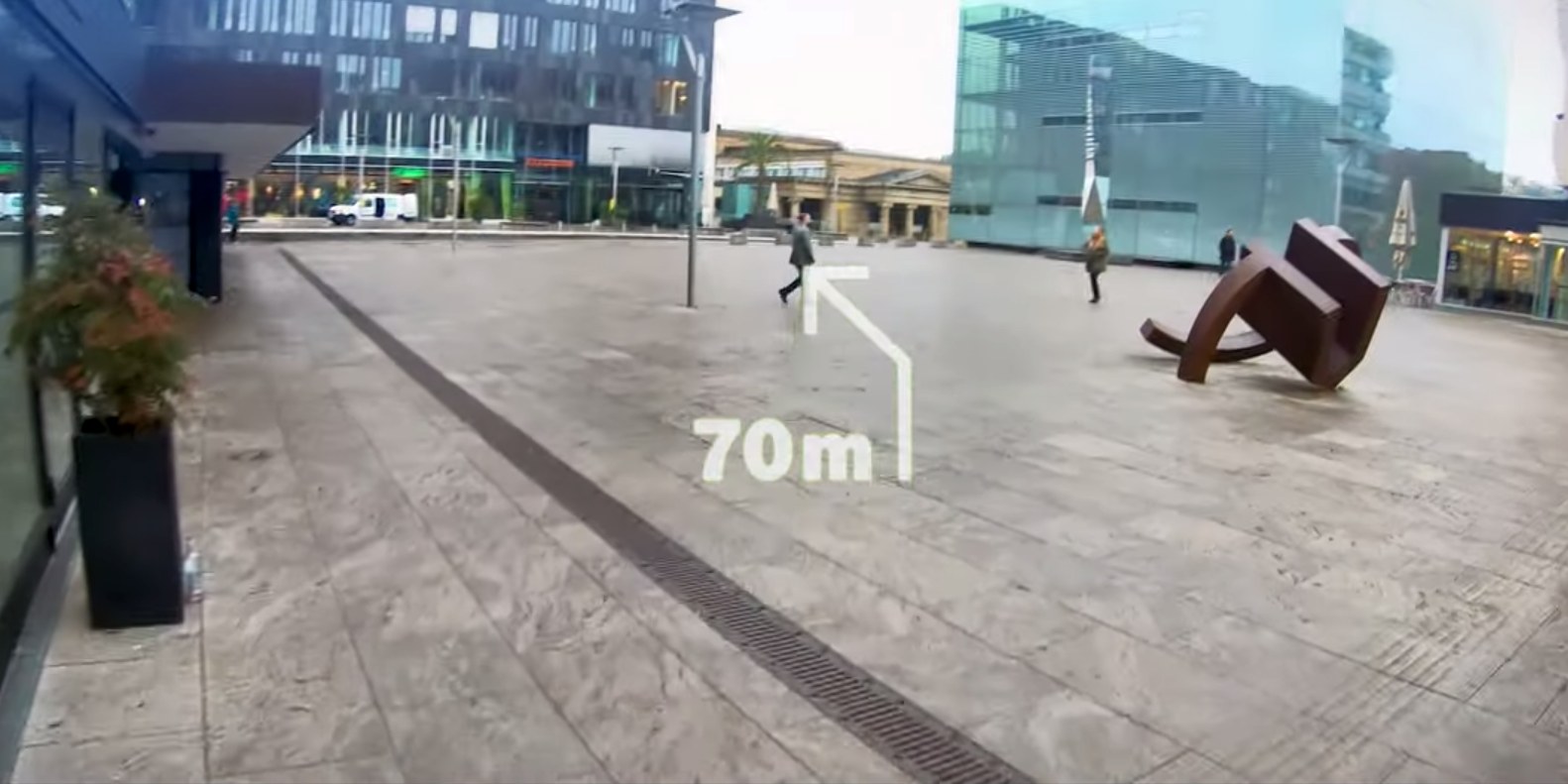 Bosch has been pumping out new products into the e-bike market fairly regularly lately. But the latest news from Bosch isn’t an updated e-bike motor or battery system — it’s a pair of smart glasses offering a heads-up display (HUD).

The HUD in the Bosch Smartglasses Light Drive, as the new system is called, could open up new possibilities for e-bike riders hoping to keep their eyes on the road.

Bosch just released a teaser video (below) that shows an e-bike rider taking full advantage of a number of features in the HUD smart glasses.

In the video, the rider is seen cycling on a Bosch-powered electric cargo bike while viewing turn-by-turn GPS directions via the Smartglasses Light Drive HUD system.

The directions are visible in the form of arrows and distances that update as the e-bike rider cycles closer to each turn.

The e-bike rider then enters a grocery store, where she views her shopping list on the HUD and can check off items with a double tap on the glasses’ temple.

The Smartglasses Light Drive are also seen in other applications, such as a car driver using them for map overlays, and a person in a kitchen following a recipe shown on the glasses’ HUD.

The Smartglasses Light Drive model weighs just 10 grams and is small enough to be incorporated into many styles of glasses by other OEMs, which appears to be the direction Bosch is headed.

Bosch claims that the technology can be incorporated into glasses with curved lenses and even corrective lenses, opening the door to a wider range of possibilities.

Most of us surely remember the hype and ultimate failure of Google Glass, and so developing a module that can be incorporated into many styles of frames seems like a smart option.

Bosch has been developing improved e-bike displays for years, and so this feels like the ultimate evolution of that process. And the fact that the glasses can be so useful even when you’re not on an e-bike is certainly an added advantage.

There are two things that do seem odd to me, though. First, it appears from the graphics that the HUD is directly in the center of the user’s vision. It seems like it might be better to keep the HUD off to the side to not obstruct hazards while driving or e-biking. Second, we don’t see any examples of the glasses talking to the e-bike yet, as in displaying stats such as the e-bike’s battery life. To be fair, this is just a 30-second teaser ad, and so not all features are likely demonstrated, or even developed yet. But I sure hope that when the Bosch Smartglasses Light Drive system is finalized, it will be able to communicate with the e-bike directly.

What do you guys think? Let us know in the comments below!