As a leader in the electric bicycle powertrain market, Bosch has a major impact on the direction of the industry.

Now the company is unveiling their newest full-featured electric bicycle computer designed to set a new standard in the world of e-bikes.

For 2019 models, Bosch eBike Systems has just announced the Kiox, an on-board computer specially developed for the needs of ambitious riders.

Ready for the latest 2019 e-bike models, the small and robust Gorilla-Glass color display is controlled by a separate control unit on the handlebar and provides the e-bike rider with data on speed, personal performance, cadence, battery state of charge, and other critical riding data.

In addition, the on-board computer can be combined with an optional heart rate monitor, allowing e-bike riders to train harder and smarter.

The company plans to include additional connectivity functions in the future to help riders further become one with their e-bikes, blurring the line between man and machine while creating a more immersive and connected riding experience. 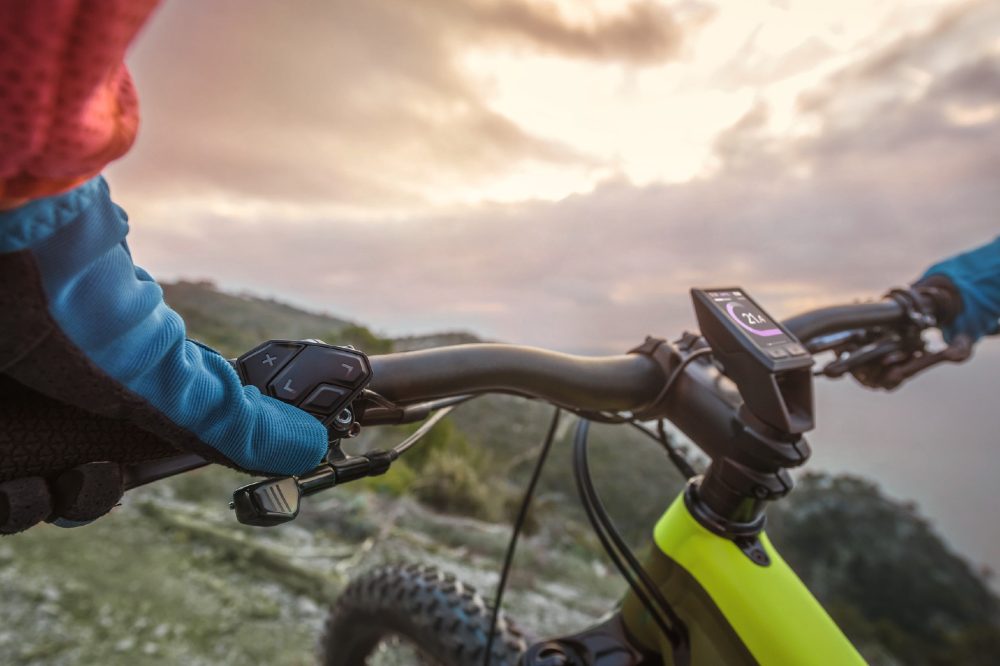 “Kiox is our best and brightest display with more useful features than ever packed into such a compact unit. With its ability to connect to the rider’s heart rate via wearable sensors, Kiox also marks our first step in North America connecting eBikes to the eBiker’s digital world.”

Bosch partners with over 30 electric bicycle manufacturers, meaning the new Kiox display is likely to become an industry standard.

Such bicycle manufacturers can choose to install the small form-factor display with the Bosch mount or physically integrate it into the handlebar stem by means of custom solutions. This leads to different design variants as well as a minimalistic appearance. 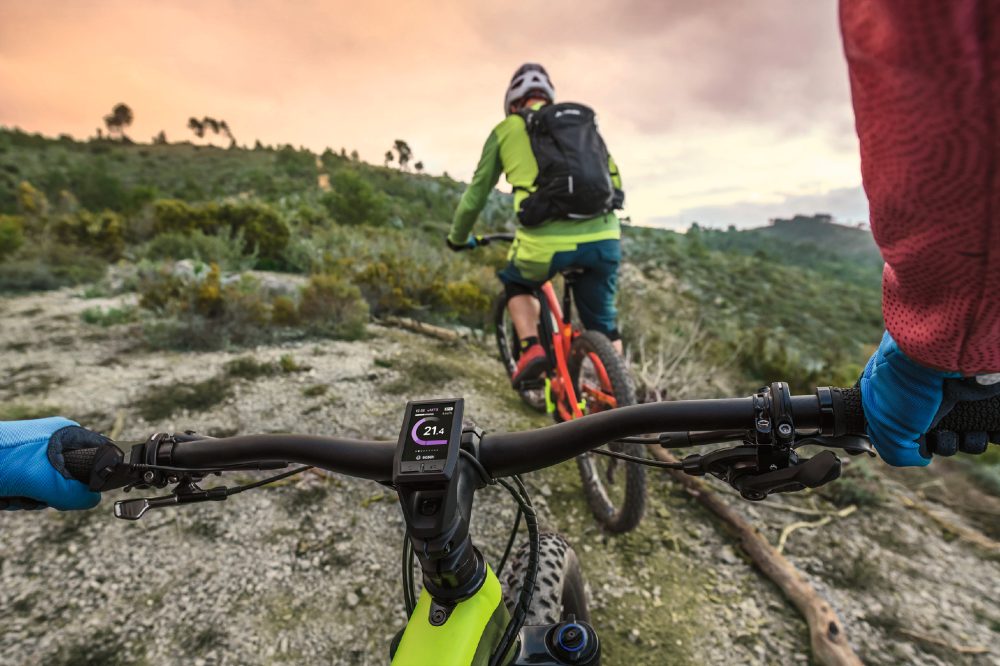 The 1.9″ display has been designed to work in a wide range of conditions. Its auto-adjusting color display is highly visible not just in low lighting but also in direct sunlight.

The Gorilla Glass screen should also stand up to rough impacts and abuse.

A magnetic base allows the computer to be easily removed and taken with you. It even includes a small internal battery so it can function off-board as well, allowing you to review the day’s activities and stored data. 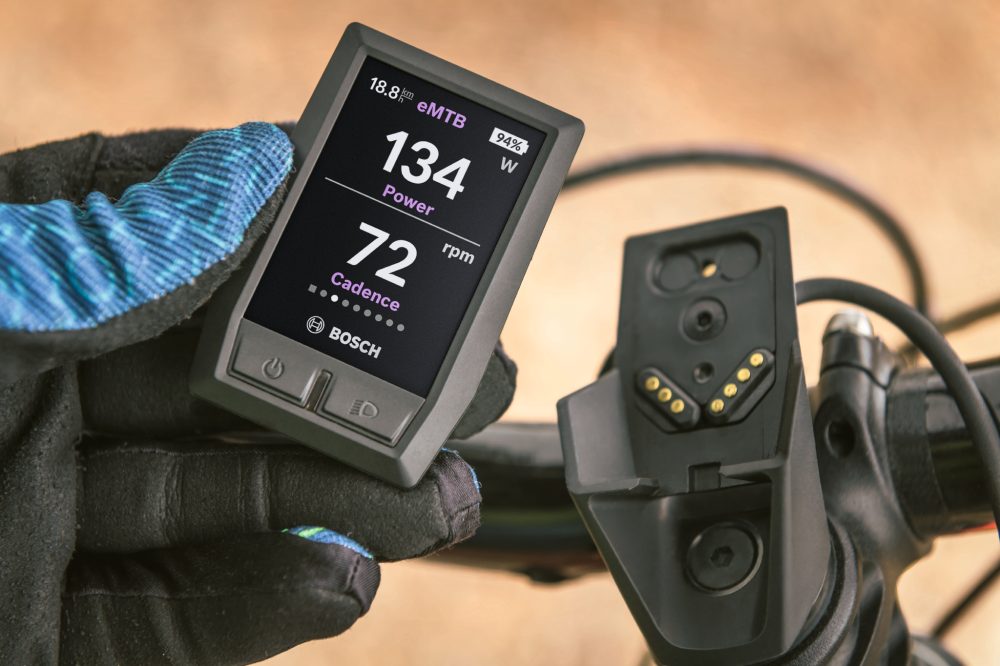 When the screen is on the bike, it can be controlled via handlebar buttons – no need to take your hands off the bar.

“Kiox supports eBikers wishing to improve their fitness. The on-board computer notifies eBikers whether they are going above or below the average speed, motivating them to perform better. With an optimal Bluetooth-connected heart rate monitor, Kiox users can check their current pulse range at all times, enabling them to get the most out of their training. The Bluetooth low-energy interface also allows users to download Kiox software updates to the on-board computer without requiring a cable connection. The future will see even further functions connecting eBikers to the new on-board computer.” 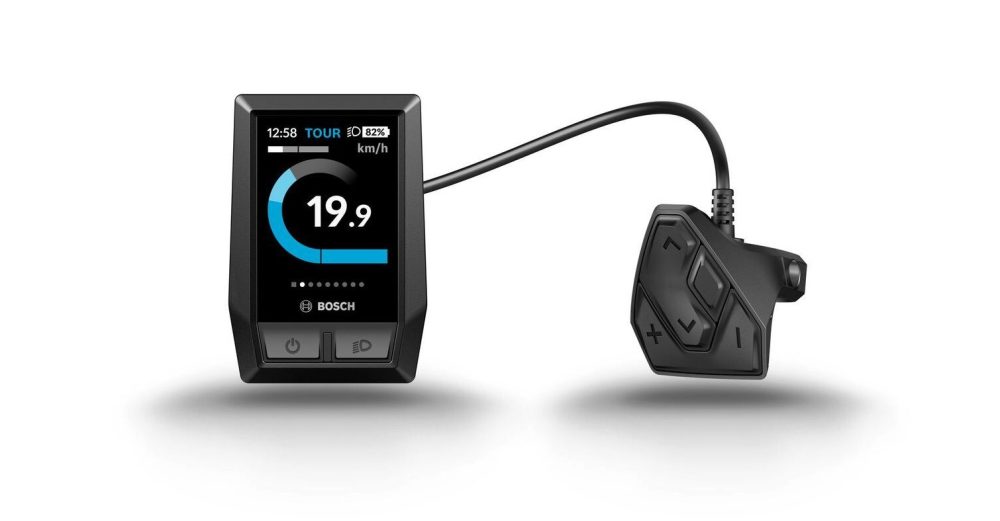 E-bikes used to be fairly simple machines, but advancements like these are constantly pushing the industry forward.

I know I’m a data nerd, but being able to track my heart rate and compare it to different moments in a ride, all on my e-bike’s on-board screen, sounds really awesome.

And I’m definitely curious about the future connected functions that will be released. GPS? Personal records? Workout plans? Daily reminders? Fitness apps? What else?

While I haven’t gotten my hands on the Kiox yet, we will be on scene at this year’s Interbike convention in Reno in two weeks, so we’ll be reporting on all of the new advancements like this soon. If the Kiox is as cool as it sounds, then you guys will be the first to hear about it right here on Electrek.