Toyota cuts output of RAV4 Prime plug-in hybrid for US to laughable 5,000 units 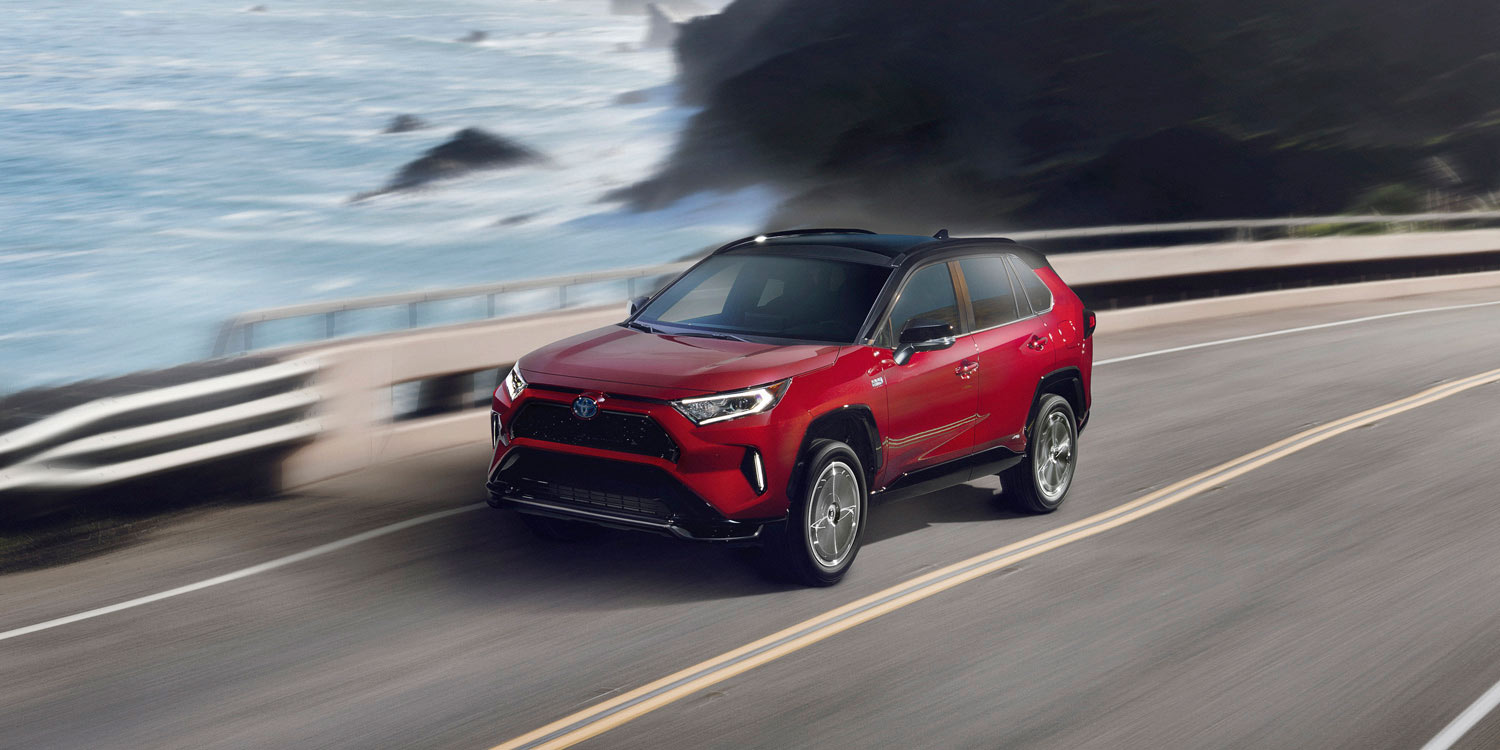 Three weeks after introducing the RAV4 Prime plug-in hybrid in Japan, Toyota suspended orders in its home market and cut production for the US to just 5,000 vehicles. The company cited unexpectedly high levels of consumer interest and a…wait for it…constraint in battery supply.

Japan suspended orders on Monday, June 29. They received favorable reviews from many customers and received orders which largely surpassed the production capability of a newly developed lithium-ion battery.

For the US, since its debut last year, the 2021 RAV4 Prime has generated an exciting level of consumer engagement and interest as the most powerful, fuel-efficient RAV4 ever.

Due to unforeseen supply chain constraints, we have revised our production plan downward for calendar year 2020. We expect to reach previously planned production levels by early 2021.

The RAV4 Prime, a plug-in hybrid offering about 42 miles of all-electric range, is built exclusively at the TICO (Toyota Industry Corporation) Nagakusa plant in Japan. Official EPA range and efficiency numbers are not yet available.

Toyota said that its supply-chain constraints are due to battery availability. The company declined to say if COVID was the cause of the supply limit.

Interest in a plug-in version of the RAV4, as the model’s most powerful and efficient model ever, continued to grow since LA. More anticipation was created when the RAV4 Prime was priced to sell, starting at $38,100.

Despite these marketing efforts, Toyota was either caught unprepared for the positive reception or is simply not interested in selling many RAV4 Primes.

Media sources indicated that Toyota targeted 300 sales per month in Japan. Sales volume in the US will be similar, based on today’s confirmation that only 5,000 units will be available for the first model year. That will grow to 20,000 by the second year.

TorqueNews.com reported this week that the RAV4 Prime will only be distributed in 2020 to dealerships in states following California ZEV rules. Large areas of the country will have little to no availability, at least until the second year of production. So yeah you can slap the “compliance” label on this one.

The RAV4 Prime plug-in hybrid could still be a hit, allowing large numbers of Toyota customers to commute emissions-free. That will depend on whether or not Toyota wants to genuinely support its new plug-in crossover. That will start with securing batteries for more than 5,000 vehicles a year.