British bicycle company Charge has been around since 2004, but they’ve finally caught up with their name and are now switching entirely to electric bicycles. The bikes were just announced today and are available online across the US as well as in select retail locations.

Charge is owned by Dorel Industries, the same parent company shared by other big cycling names such as Cannondale, Schwinn, and Mongoose. And just like its sister companies, Charge is now offering multiple electric rides as well.

But unlike those other companies, Charge has made the decision to focus solely on electric bikes.

As Charge founder Nick Larsen explained in a statement provided to Electrek:

We know how to make cycling easy and accessible; it’s what we’ve done for years. Electric bikes make it even easier and more fun for people to cycle, whether they are seasoned riders or getting back on a bike for the first time in a long time. The team felt that the timing is finally right, with advancements in technology, to shift our focus to electric and bring a high quality, beautifully designed line of electric bikes to market at a competitive price point.

Just announced this morning, Charge is coming right out of the gate with three new electric bicycle models designed for different types of riding. Each shares the same folding pedals and innovative folding handlebar that make it simple to store the bike against a wall without taking up the traditionally wide space from conventional handlebars.

All models also feature puncture-resistant Goodyear tires and automatic tire pressure gauges that illuminate with either a red or green light to let you know if your tire pressure level checks out or not.

As a direct-to-consumer company, Charge ships its bikes to customers who customize and order their model online. But Charge is shirking the common e-bike packing methods that rely heavily on styrofoam, and is instead using only paper and cardboard packing that is 100% recyclable by the end user. 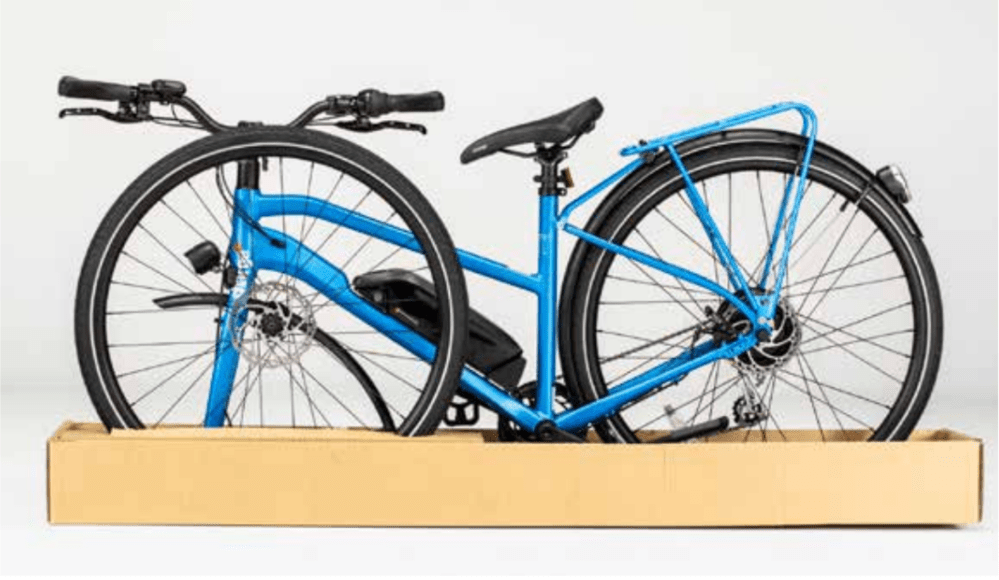 The Charge City comes in either a high-step or mid-step frame, a trend we’re seeing more of lately. It uses a 250W rear Bafang hub motor with 45 Nm of torque and a 418 Wh battery. 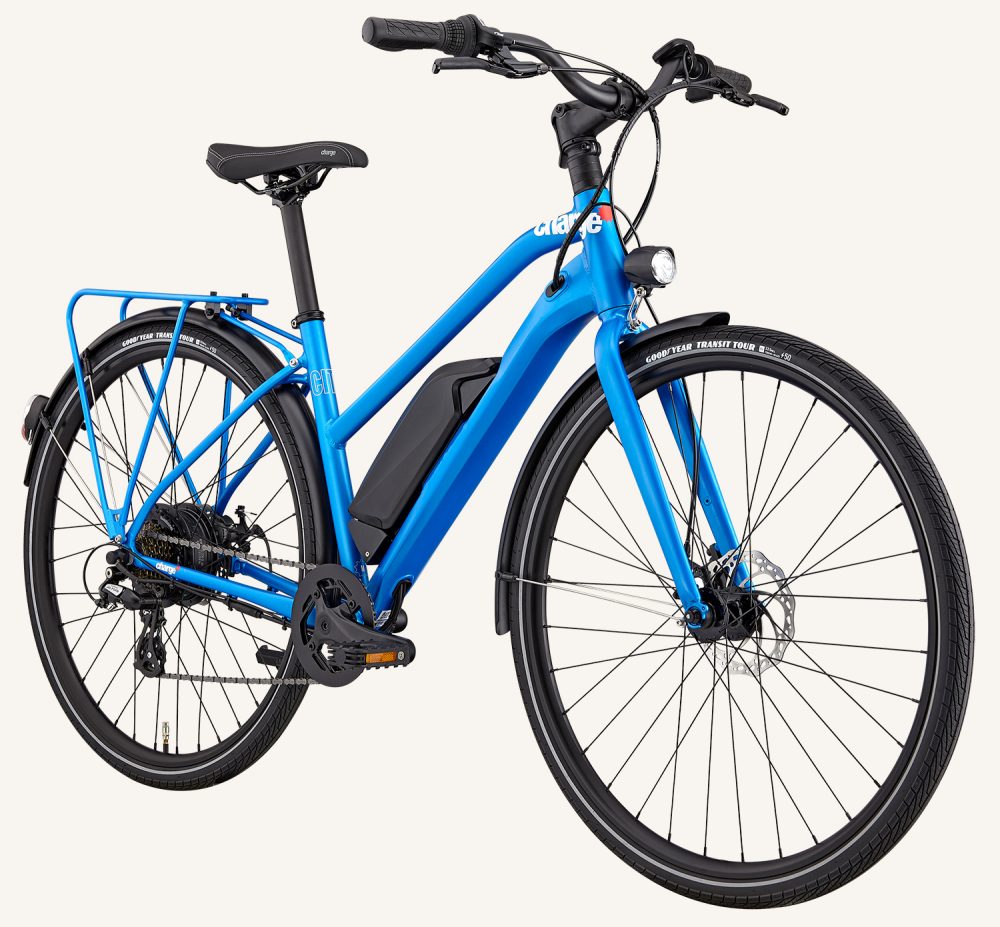 Charge claims the battery is enough for up to 50 miles (80 km) of range on pedal assist.

There’s also a throttle, but don’t expect to get the same range if you’re relying heavily on the throttle. 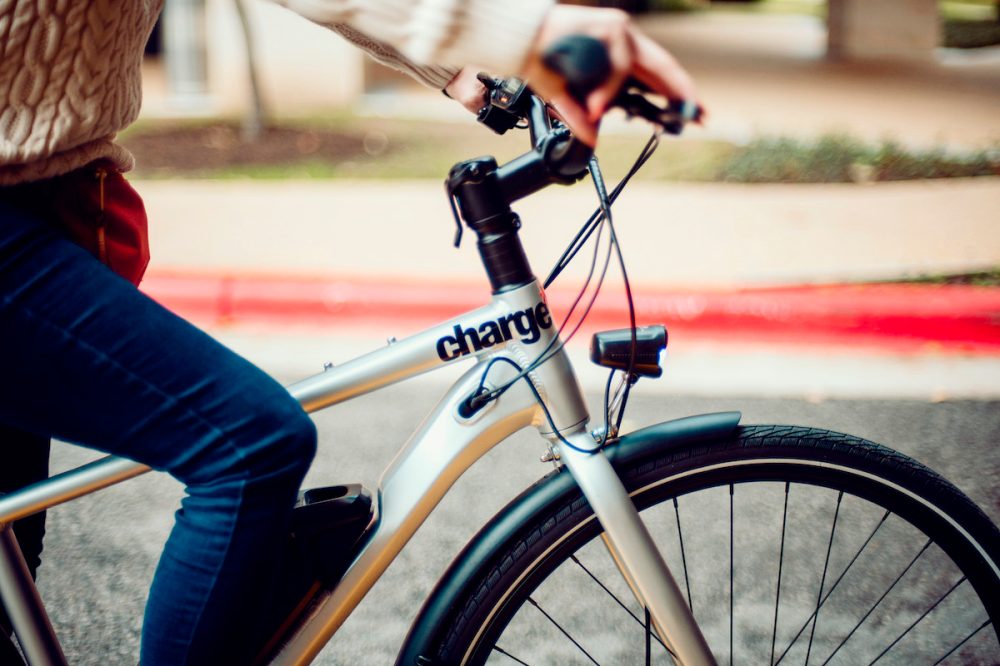 The frame is made from 6061 aluminum alloy and is fitted with a rigid chromoly steel fork. The 700c wheels display front and rear mechanical disc brakes, and the bike also sports front and rear LED lights.

The bike features a Shimano Tourney 7-speed transmission and includes an integrated rear rack for a dash of utility as well.

Riders looking for a more upright geometry than the commuter-focused Charge City might appreciate the Charge Comfort. It uses a step-through frame for a more comfortable, laid back ride. 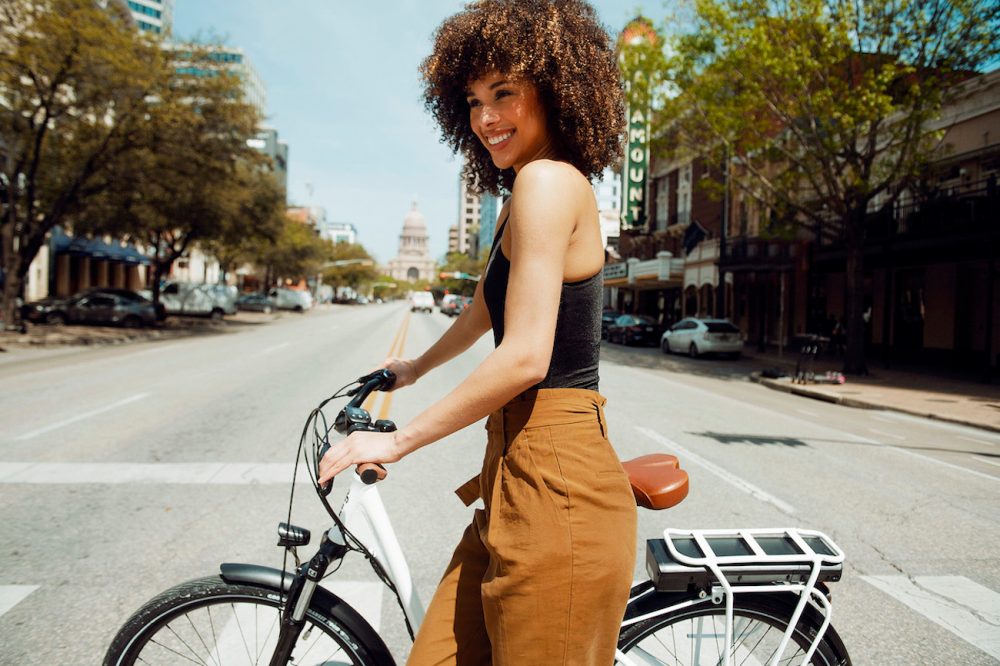 Otherwise, it offers similar electrical and bicycle components. The major differences compared to the City include a suspension fork on the Comfort as well as a shift from the downtube-mounted battery to a rear rack-mounted battery.

Both bikes also include fenders, which will be a welcome relief to riders in rainy areas.

The Charge XC differs from the previous two models with its trail-oriented design. 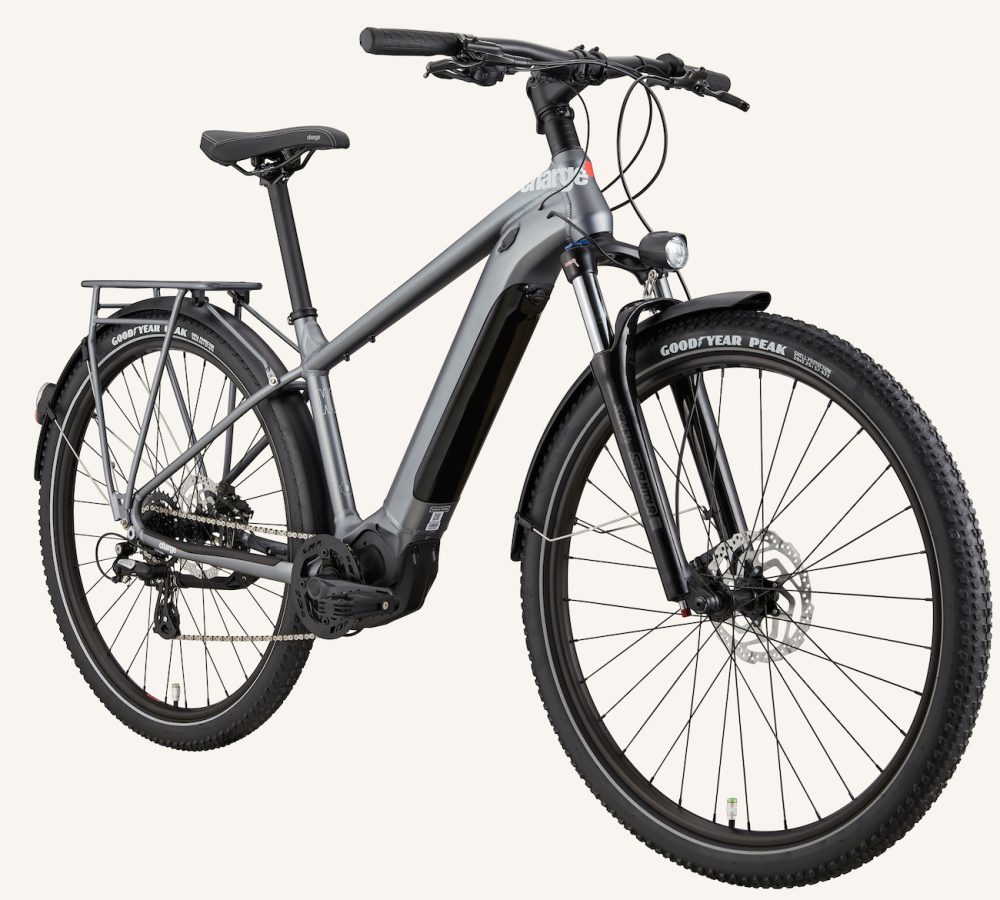 The bike is available in two frame sizes and features a number of upgrades including the Shimano E5000 mid-drive motor and downtube-integrated Shimano E8035 battery with 514 Wh of capacity.

While the City and Comfort models will both set riders back $1,499, the Charge XC comes with a higher price tag of $2,299. 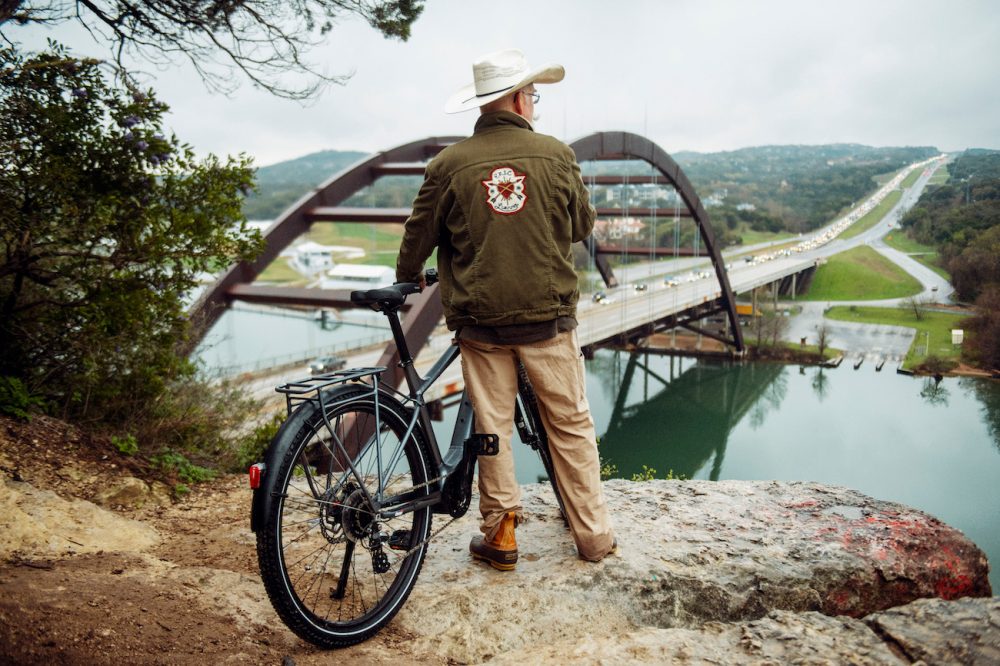