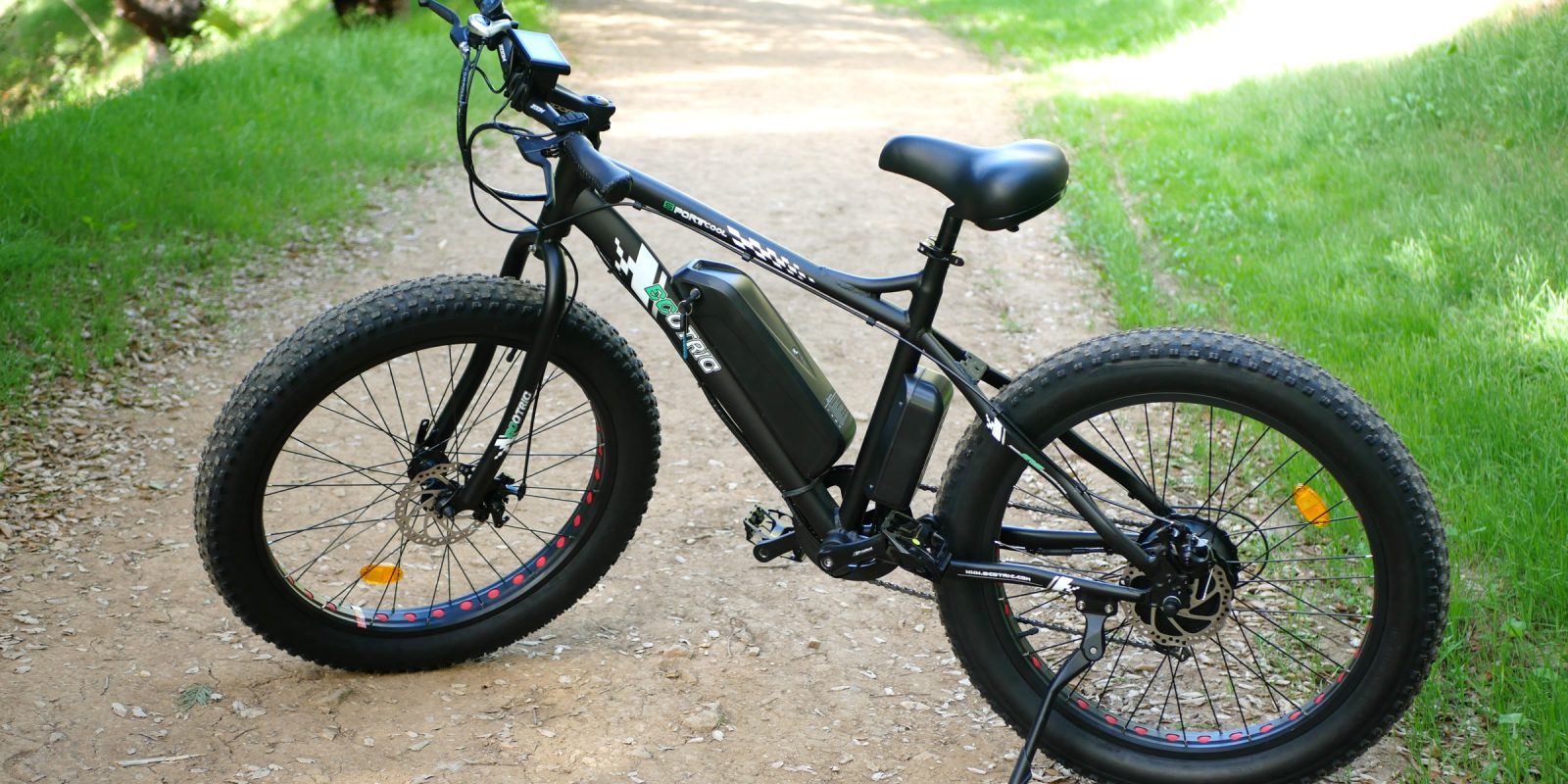 After spending a month or two locked up during the COVID-19 pandemic, people have turned to e-bikes en masse as a way to get out of the house and engage in social distancing fun. While many of the best electric bikes on Amazon have been sold out for weeks, one of the few remaining good options is still hanging in there: the Ecotric 500W fat tire electric bike.

Now I want to be clear from the start: This isn’t a high-end electric bike, though you probably guessed that from the $850 price tag.

But what surprised me was that it isn’t a low-quality e-bike either. While the Ecotric fat tire bike has its shortcomings, it actually offers a decent range of parts and specs that far exceed its modest price.

For anyone searching for an affordable fat tire bike that they can thrash around on without babying it or worrying about their investment, this could be a great option.

Check out my video review of the Ecotric 500W fat tire e-bike below, then keep reading for the full details.

What are its strengths?

The Ecotric fat tire bike’s biggest strength is that it works just fine. I know that sounds underwhelming, but stick with me here. There’s nothing fancy about the bike, but it works.

It’s not pretty, but it’s a heck of a lot better looking than some other ultra-budget e-bikes we’ve tried.

The fat tires give you plenty of grip and cushion, making up for the lack of suspension. And truth be told, sometimes I prefer a rigid fork over an el-cheapo suspension fork that looks like it will fall apart.

The pedal-assist is cadence-based and so it has that telltale delay for the first revolution or so before it kicks in, but once it does it feels plenty strong. 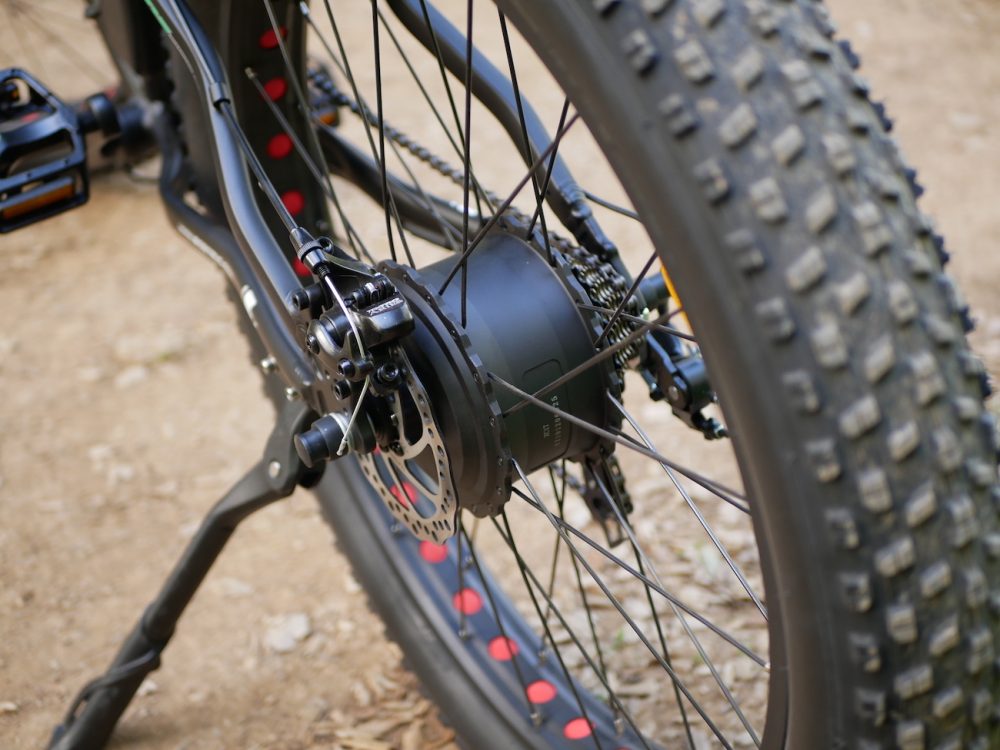 I did some climbing on dirt fire roads and found that between me and the pedal-assist, there was no hill I couldn’t climb. However, the same hills were much tougher on throttle alone. The Ecotric could do it, but boy did I slow down. That’s typical for a 500W system with a 36V battery – they simply have a much more powerful feel on flat ground than when climbing big hills.

The bike also feels surprisingly well designed. And sure, that may be due to the frame being ripped off of some other bike, but at least they ripped it off well. That means the geometry actually feels comfortable and not sketchy like some budget e-bikes.

The bike components aren’t amazing. We’re talking the lowest of the Shimano drivetrain parts and Tektro brakes. But at least it has brand name parts, right?!

Essentially, the bike didn’t blow me away in any one category, but it did just about everything I asked of it except for climbing big hills on throttle only. And perhaps I was asking too much there. 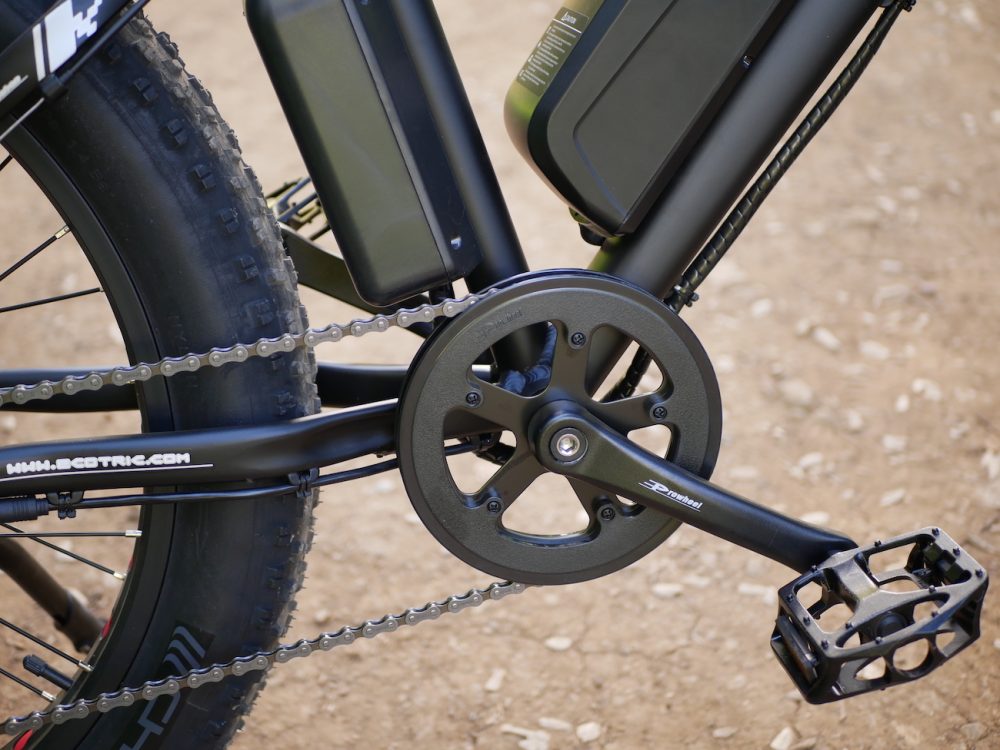 What are its weaknesses?

So where does the Ecotric lag behind?

Mostly in features and accessories. It doesn’t have any LED lights or fenders or a rack – all things that I love to see included on a bike. Sure, I can add all three of those myself, but I don’t want to! I want a bike to come with them – is that so much to ask?

At this price, perhaps it is too much to ask.

The other sticking point is the range. With a 432Wh battery, I wouldn’t call the range underwhelming, but it’s certainly not impressive either. Most e-bikes come with at least a 500Wh battery these days. The Ecotric can get you around 30 miles of range if you’re pedaling but expect to get around half of that on throttle only.

That means it might be good for a Sunday afternoon joy ride, but not a lengthy excursion. At least not without a spare battery. 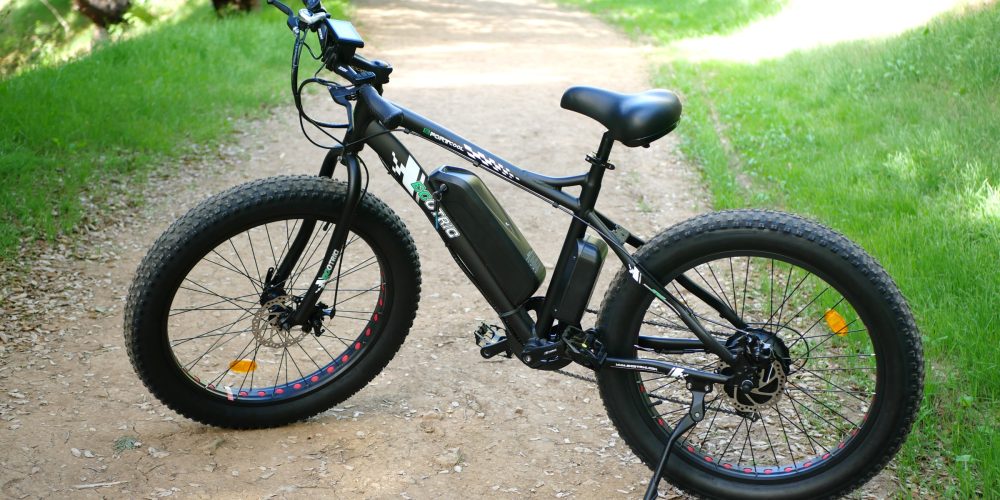 Despite the Ecotric’s downsides, I still give this bike a thumbs up. But not an unconditional thumbs up.

You have to go into this e-bike knowing that you’re getting moderate power and a lack of any fancy features.

But for $850, you get a full-size electric fat tire bike that will have you flying through the park and around the trails without breaking a sweat. It’s an e-bike that works and does its job – it just doesn’t give you anything extra in the way of creature comforts.

If you’re prepared to make that sacrifice to get on an affordable e-bike, then this could be the right bike for you. If you have just a bit more to spend, I might recommend the Lectric XP fat tire e-bike that offers more power for just $899. But if you want to stick to a full-size and ultra-low priced electric fat tire bike, the Ecotric has the right stuff.