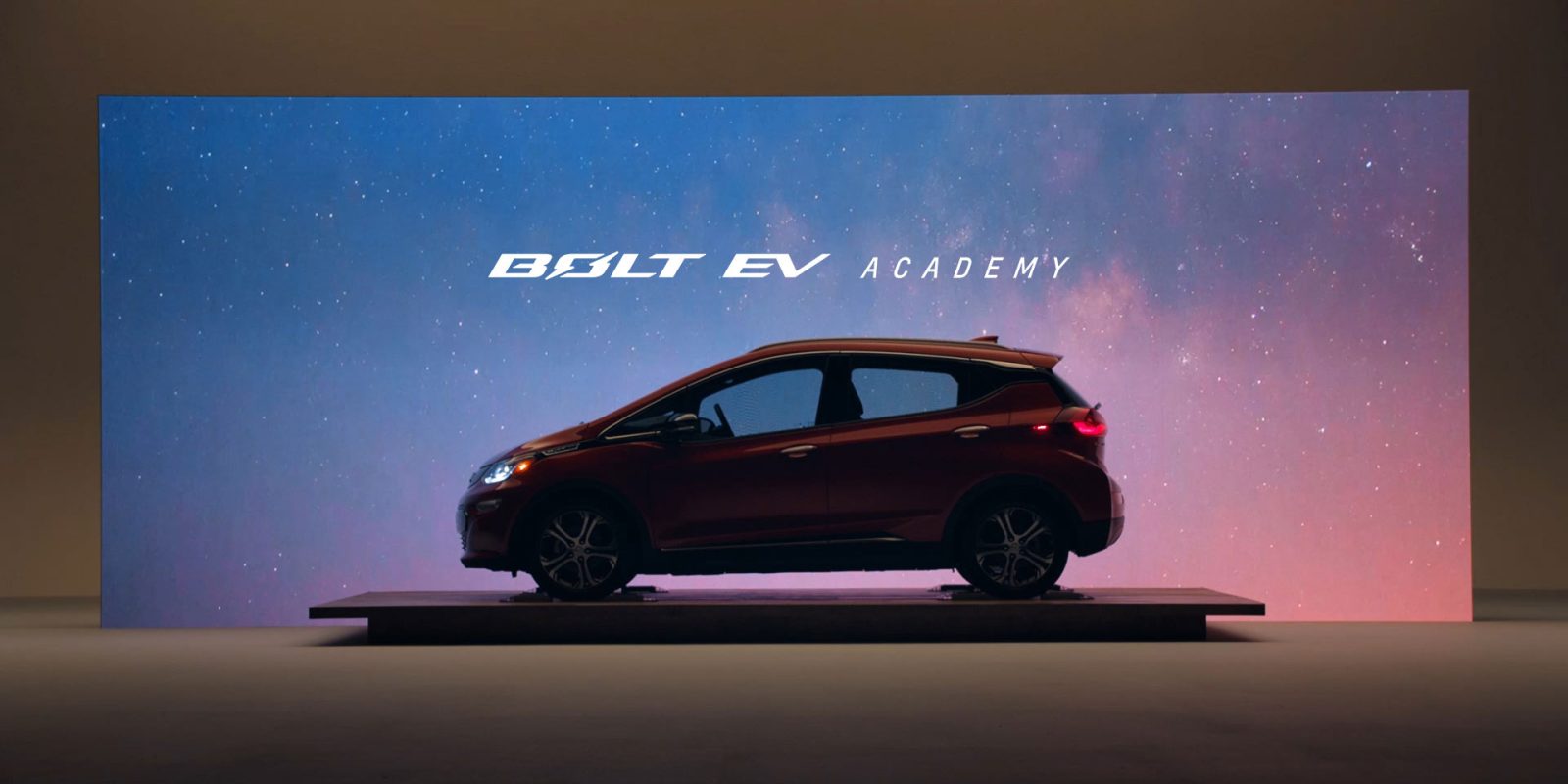 Chevy told us this week that its Bolt EV will carry the weight of GM’s electric vehicle program until the company’s new wave of battery-powered cars arrives. General Motors and the Chevrolet brand will use the Bolt to expand its base of EV buyers beyond early adopters. As part of that effort, Chevrolet published 15 videos that it calls “Bolt EV Academy.”

The new series is not the first time that Chevy produced videos about EV tips and tricks. And the series is coming more than four years after the Bolt was introduced. But several of the videos address basics facts about electric cars that still elude many mainstream car buyers.

It’s been a decade since the modern era of EVs was launched. Yet, survey after survey reveals that everyday consumers have fundamental misunderstandings about range, charging, price, and other aspects of life with an electric car.

In a media release, Chevrolet explained:

The online series explains several of the Bolt EV’s unique features, driving tips, and how-tos. For future Bolt EV drivers, the series will illustrate just how fun, easy, and convenient it is to live with an electric vehicle.

The material presented in the videos is not new to Electrek readers. And some of the videos are self-serving, like the one about activating OnStar. But others could serve a useful purpose of educating the public about truly essential matters that deserve to be underscored for EV newbies. Chevy sales staff could use them as a resource.

As a society, we have a gas station mind-set that I have to find a gas station. Well, I charge this vehicle at home, just like my laptop or my phone. I plug this thing in when I go to bed, and in the morning, it’s fully charged and ready to go.

I always say ‘charging takes me five seconds because it’s truly just the time it takes to plug in my vehicle.’

Up to 90% of charging is either done at home or work.

He explains that Bolt buyers can submit a photo of where new EV owners want to install a station and their electric panel to the Chevy website — and then get up to three quotes from qualified local electricians for installation.

In “One Pedal Driving and Regen on Demand,” engineers explain that using L mode in the Bolt allows you to bring the vehicle to a stop just using the accelerator pedal. They provide the basics of controlling speed while reclaiming energy when the motor becomes a generator.

EV enthusiasts will probably respond to these new videos with a collective, “Duh.” There’s nothing earth-shattering or even newsworthy about the content, and many of them are promotional.

But we should also acknowledge that EV sales in 2020 remain a few percentage points of overall vehicle sales.

Tony Johnson, the marketing and advertising lead for Chevy cars and crossovers, told us this week that Bolt sales so far this year have shifted away from California to secondary markets in places like Chicago, Tampa, and Austin. Buyers are responding to great deals like the current $8,500 discount. But they still need reassurance about the ease of transitioning from ICE to EV.

EVs might be old hat to many of us, but to make the wholesale conversion to electric cars across the country, basic education is still required. The new bite-sized videos from Chevy won’t get the job done alone. But it shows where GM is trying to head with its EV ambitions — to the heart of America’s car-buying public.