Volvo is looking more like a serious contender for EV leadership. Its executives are taking the right stance on legislation, battery supply, and a swift transition to electric cars. And a new video walkaround of the XC40 Recharge, its first of many EVs, reveals a highly capable and handsome electric crossover.

Before we describe what’s in the video, here are the main specs:

The crossover segment is the most popular vehicle size in today’s market. That was a smart choice. The design is classic Volvo ­– clean and minimal. The clamshell hood provides a sculpted look to the front end.

The 14:30 video is obviously a marketing exercise, but it’s useful for condensing the value proposition for Volvo’s EV.

The most prominent changes for its incarnation as an EV are the flush covered grille compared to Volvo’s conventional concave design. There is a subtle embossed “Recharge” logo on the base of the glossy black rood design and an attractive set of distinct wheels. 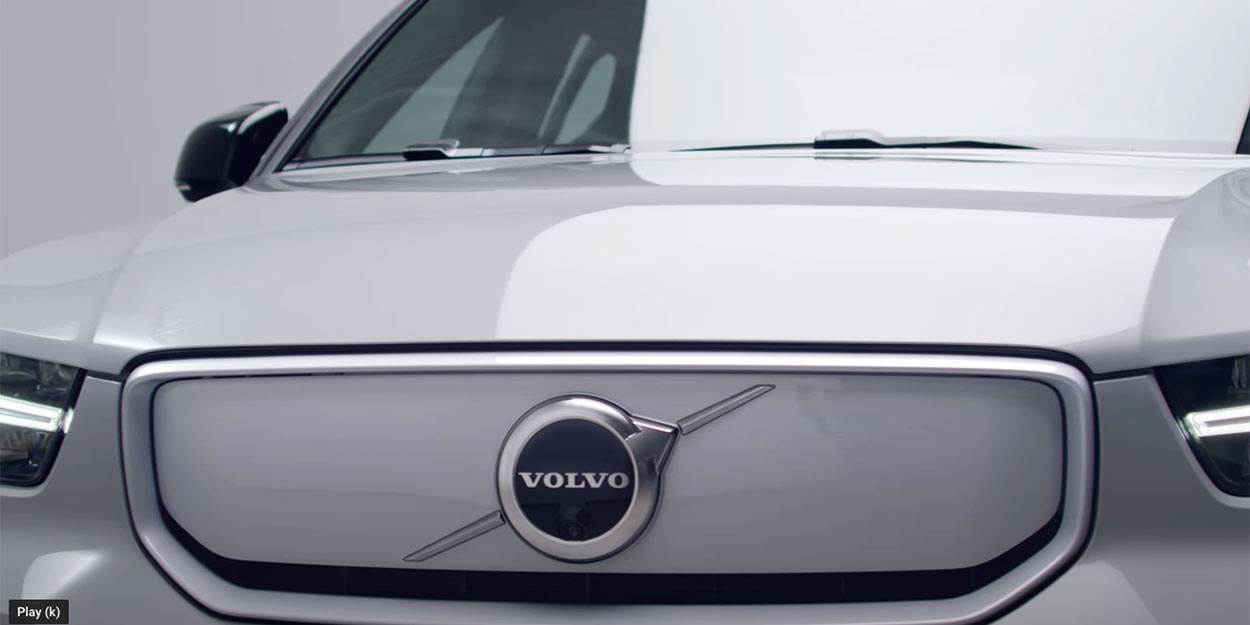 Volvo will offer 8 color choices for XC40 Recharge, including a new Sage Green.

The foot-controllable hatch opens up to reveal about 14.6 cubic feet of storage, which is identical to the standard XC40. The rear seats fold flat. There is also a frunk large enough to carry a bag and charging cables, with a lower compartment for the tire repair kit.

With the flip of a switch, the towing bar drops down to enable more than 3,300 pounds of towing.

The interior design is in keeping with Volvo’s refined cabin feel. The XC40 will use an embedded Google-Android operation system with customizable tiles. Android-based apps include Google Maps, Google Play, and core messaging and web-search functions. The voice assistant is activated by saying, “Hey, Google,” allowing the same features as you would find in the company’s smart-home devices. In fact, you can control your home systems, like smart lights, from your car.

The dashboard screens were customized for an EV to provide clear graphics about battery state-of-charge and charging status: 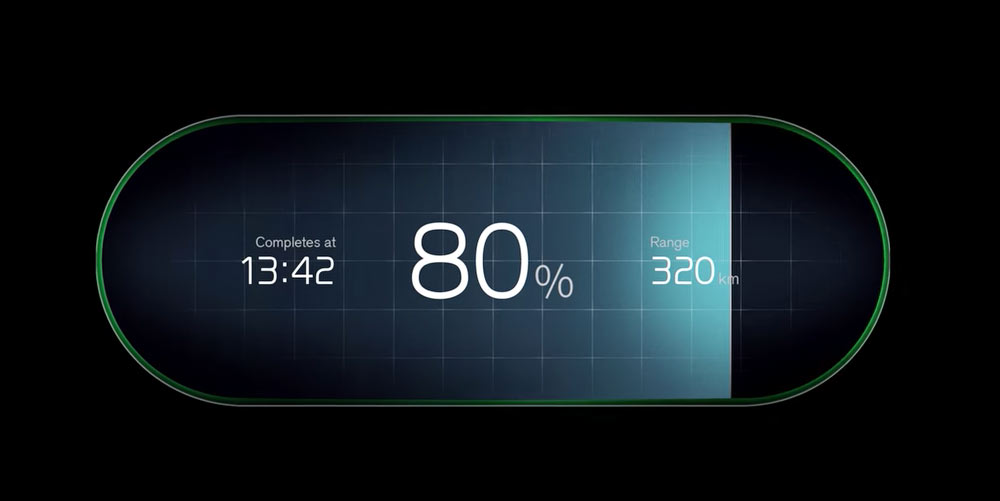 Volvo borrows at least a few moves from Tesla’s playbook by using seat-based sensors rather than a start-button to bring the vehicle into action. It also offers over-the-air updates, with the owner getting notified about when new software is available and a scheduler to designate when the new code is downloaded.

The Volvo XC40 powertrain is configured to drive with one pedal. The EV is no slouch with a 408-horsepower powertrain and 487 pound-feet of torque.

The 78-kWh pack spans the entire undercarriage, but with a raised channel that appears to occupy the central tunnel. There’s no engine, so Volvo, well known as a pioneer of safety, rethought the front-end structure to protect occupants in the XC40, as well as also those in other cars involved in a crash.

With the XC40 Recharge, Volvo is introducing the newest generation of its driver-assist platform that utilizes cameras, radars, and ultrasonics. Earlier this month, Volvo said that by 2022 it will equip its new EV-capable architecture with a lidar sensor to enable hands-free driving.

Volvo opened pre-orders of the XC40 Recharge in January. It’s expected to go on sale near the end of 2020. Following that, Volvo plans to launch one new EV every year through 2025 ­– at which time 50% of its global sales will be all-electric.

Based on the new video, Volvo has a solid EV on its hands. We appreciate that Volvo’s CEO says the pandemic will accelerate EV adoption, and electric budgets for EVs will not be cut due to the downturn.

And here’s another reason to give props to Volvo. Last month, the Scandinavian (Chinese-owned) automaker said it would join four other carmakers in striking a deal with California on emissions. Unlike GM and Toyota, it’s opposing the Trump administration’s lawsuit against California.

The company also announced in March the launch of its football-field-sized battery assembly plant near where the XC40 is assembled. Volvo has supply agreements with both LG Chem and CATL.

Those actions wouldn’t matter if Volvo weren’t delivering a decent EV. But the XC40 Recharge has style, top-notch safety, good range, and an expected reasonable price for a luxury model in the mid-$50,000s. Let’s not forget the Google-powered infotainment as well.

These attributes could put the XC40 Recharge on a shopping list next to the Tesla Model Y. And it could rob some customers from Polestar 2, which is more expensive and in a generally less desirable sedan platform.

Of course, not everybody will love the styling or believe in the company’s gung-ho stance on EVs until Volvo proves that it can execute. And there’s no Supercharger network. Perhaps most critically, the XC40 Recharge’s price is not finalized.

Nonetheless, Volvo is providing a lot to like with its first pure EV.