The battery assembly line, which is longer than a football field, is located where an employee parking lot used to exist. The line will use nine stations to produce the XC40 EV’s 78-kilowatt-hour battery pack. The assembly will take place 24 hours a day over three work shifts. Test production starts today.

Last year, Volvo Cars signed long-term supply agreements with China’s CATL and LG Chem of South Korea. The agreements cover the supply of battery cells over the coming decade for Volvo and Polestar models, including the XC40 Recharge. Volvo is engineering the packs and related software, and it will handle assembly of the cells into packs. 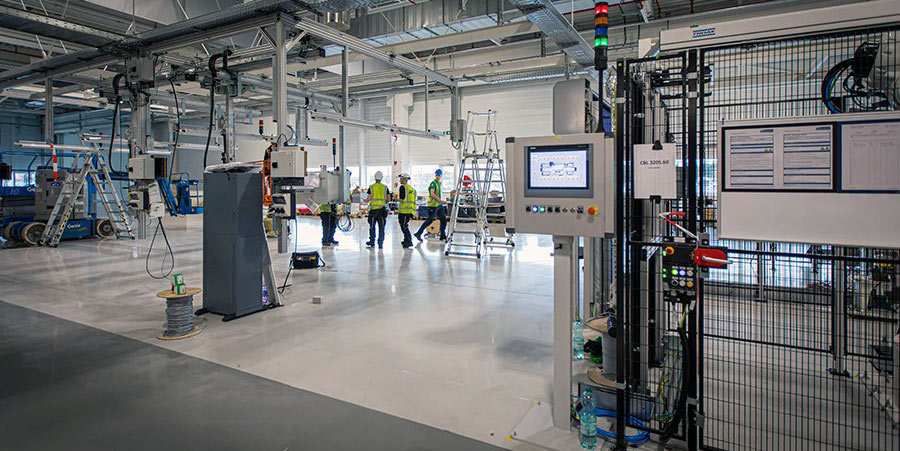 We don’t have any issues. Everything is running according to plan.

In January, Volvo reported “several thousands of firm orders” for the all-electric XC40 Recharge, soon after opening online ordering. US consumers can now reserve the XC40 with a $1,000 refundable deposit on the company website. The first customer deliveries of the XC40 Recharge are scheduled to begin later this year.

Here are high-level specs for the Volvo XC40 Recharge:

As the first of our plants to get a battery assembly line, Ghent plays a pioneering role as we continue to prepare our manufacturing network for electrification.

Stefan Fesser, chief of the Ghent plant, promised a “flawless launch” of battery system production at the new 5,000-square-meter facility. The battery assembly line is located on the same campus as Volvo’s vehicle assembly plant.

Volvo announced in January that it will begin construction of a battery plant in Charleston, South Carolina, in 2020. That battery plant will be completed in early 2022, with production of an electric version of its XC90 crossover to start later in the year.