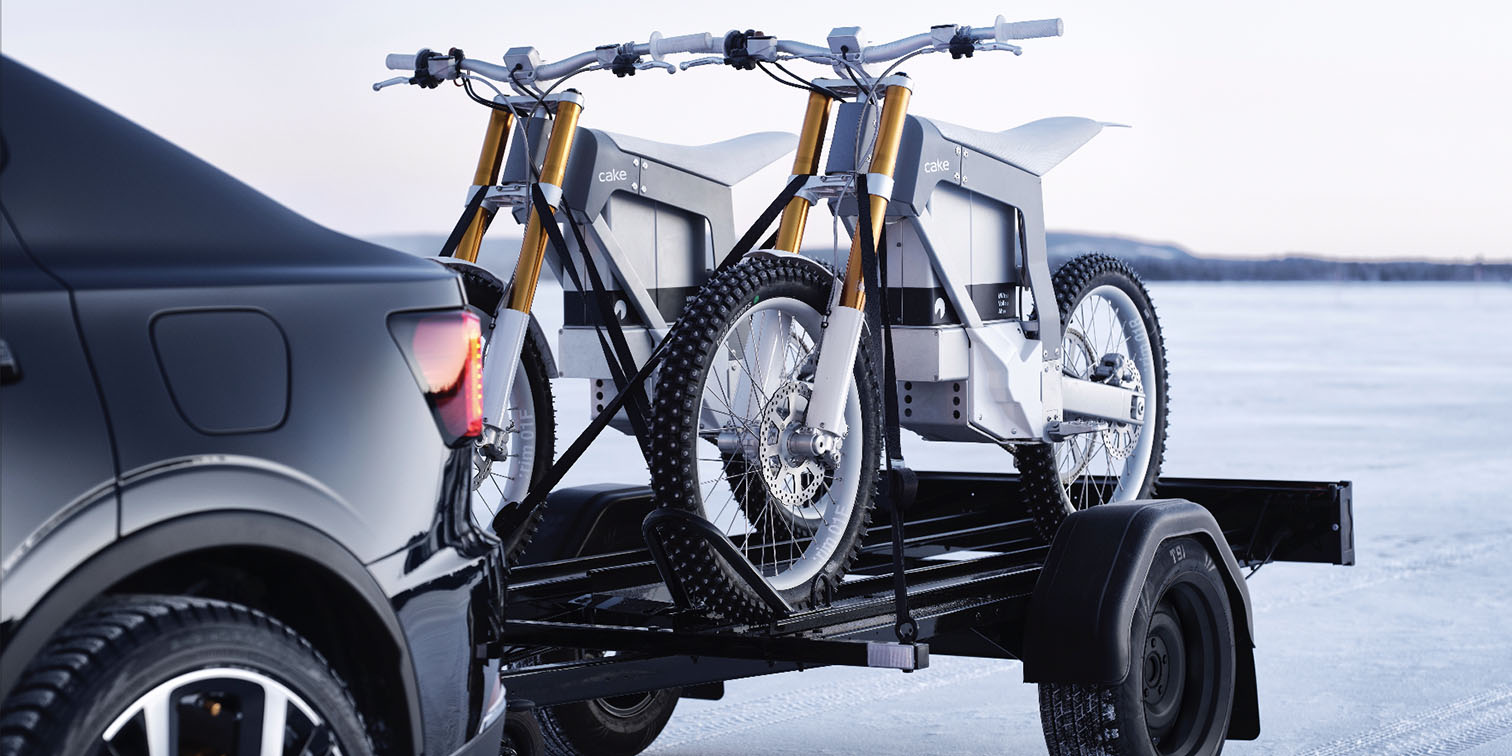 The electric vehicle company Polestar and the electric motorcycle company CAKE share more than just a homeland. Now the two Swedish companies are joining forces with a brand partnership as well.

According to CAKE, the electric motorcycle company has entered into an expanded brand partnership with Polestar.

As part of the agreement, CAKE’s electric motorcycles will be displayed in Polestar showrooms in Europe.

The two companies will also be collaborating on events and customer interaction programs, with the goal of providing both brands the opportunity to reach new audiences. The companies hope that the cooperation can help introduce electric car drivers to CAKE’s electric motorcycles, and riders to Polestar’s electric vehicles.

As Polestar CEO Thomas Ingenlath explained in a statement provided to Electrek:

Polestar feels a kinship with CAKE, sharing both a belief in redefining performance and a passion for design. Our desire to help create an electrified and emission-free future is a clear bridge between us.

CAKE has been on a roll lately with new product releases.

After demonstrating their first electric trail bike, the CAKE Kalk OR, the company followed it up with a street legal version known as the CAKE Kalk&.

The company then released its new Cake Ösa electric motorcycle designed for utility-oriented riders and available in two different power and speed models.

Finally, CAKE followed those releases with new versions of its off-road and street-legal trail bikes, offering more affordable versions with lower-spec suspension and other components.

I actually think this is a cool idea and I wish we saw it more in the US.

Imagine if Zero and Tesla teamed up, with a couple Teslas sitting at Zero dealerships while Tesla showrooms had a Zero electric motorcycle on a trailer behind a Model X.

I think it’s a great way to expand the horizons of people who are already excited about electric vehicles, and perhaps help them discover a vehicle that they wouldn’t have given a closer look at before.