When you think of a European scooter, you probably imagine that classic step-through styling with a big front shield and a comfy seat for two. And while you might be hearing that distant “putt putt” of a tiny one-cylinder engine in your mind, Kumpan wants to make sure that the next wave of classic European scooters are completely silent — and completely electric.

Kumpan is an electric scooter designer and manufacturer based in Germany.

You might not know it just by looking at their nostalgic step-through scooters, but the company actually got its start with electric kickscooters. 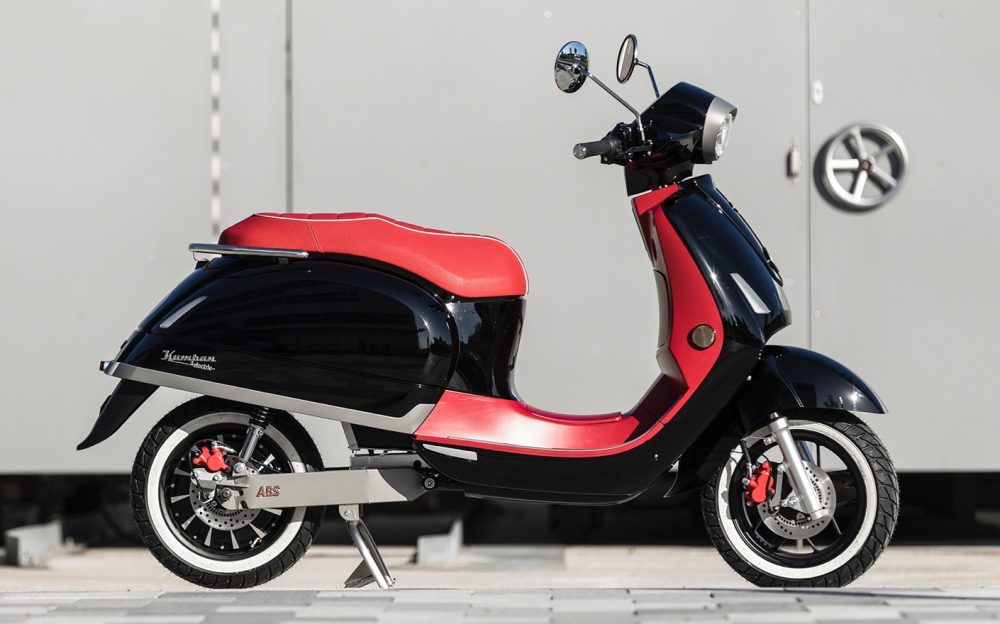 This is the upgraded sports version of the company’s Kumpan 1954 Ri, which is a slower model designed to fit within the L1e framework, thanks to its 45 km/h (28 mph) top speed. While that speed might not be as thrilling, it’s often enough for city riders, and it has the added benefit of allowing operation with only a simple driver’s license.

But for anyone that feels the need for speed, it’s the 1954 Ri S that will get the juices flowing. And they’ll be flowing at 100 km/h! 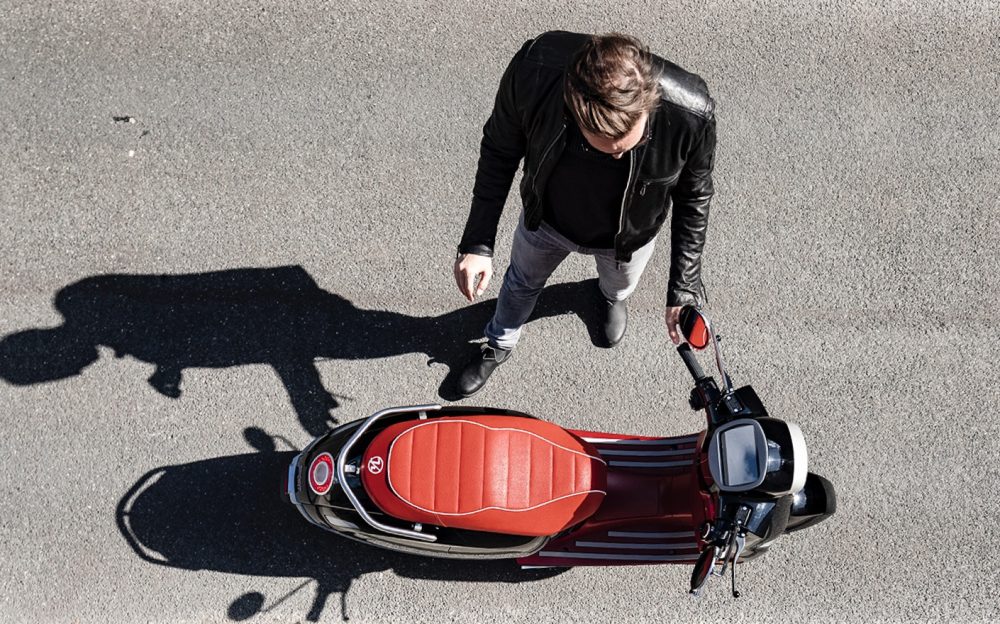 The scooter is powered by a 7 kW (9.4 hp) rear hub motor, though I took one for a test ride the last time I was in Germany, and I distinctly recall hitting peaks as high as 9 kW (12 hp) in my test ride.

While some electric scooters have moved away from hub motors in favor of belt or chain driving mid-drive motors, locating the motor in the rear wheel frees up more room for batteries under the seat.

The battery packs use LG battery cells and come with a digital readout near the handle. That way riders always know exactly how much charge is in the batteries, even when they are off the scooter. 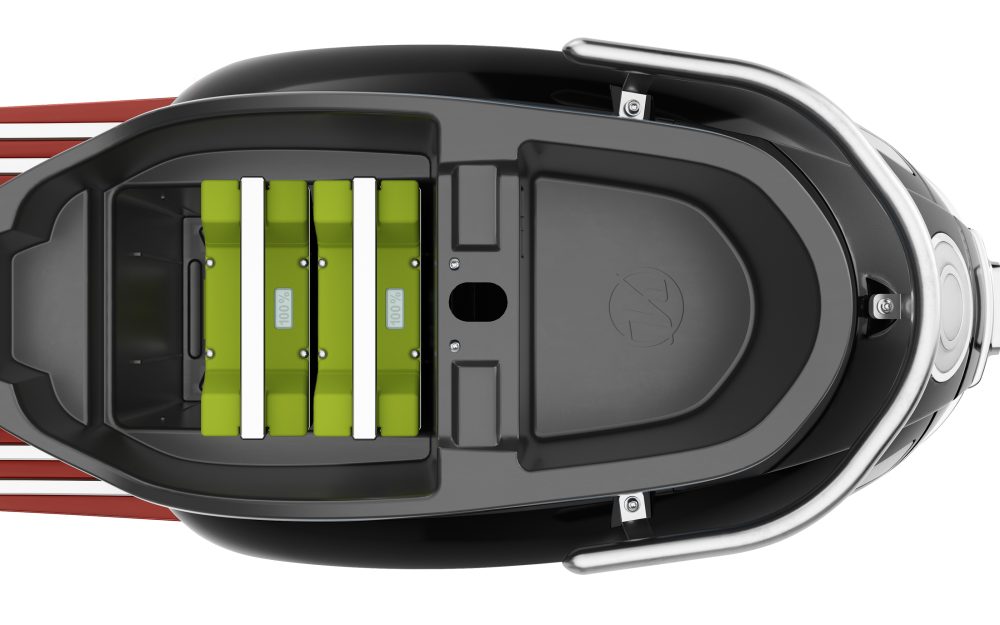 On the handlebars you’ll find a 7-inch touch display that offers access to all of the vehicle’s settings.

There’s no key necessary to start the scooter, either, as everything is handled digitally. Even opening the battery hatch or rear cargo box is controlled via the touch screen. 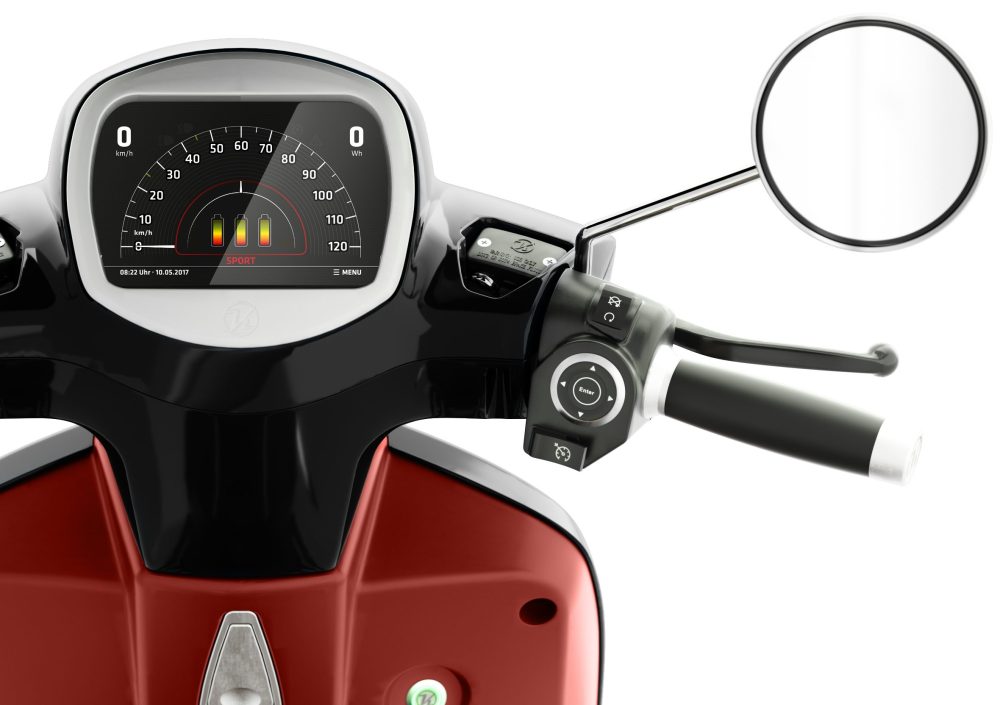 In keeping with the classy styling of retro-Euro scooters, Kumpan’s own scooters are available in a wide range of color combinations including paint, upholstery, and accents. That allows riders to make their scooters highly customized.

Production occurs locally in Germany at the company’s manufacturing facility.

That puts it in a similar price range to the Vespa Elettrica, another famous European electric scooter. With the Vespa Elettrica limited to a top speed of just 50 km/h (31 mph), the Kumpan 1954 RiS offers twice the speed and certainly opens the door for more commuting options in between cities.

And considering that many Europeans own a scooter instead of a car, suddenly the price doesn’t seem so bad for a main form of transportation that looks and performs this well.

Plus, the Kumpan 1954 Ri S is the company’s flagship scooter, and its other models retail for somewhat more modest prices.

As the company continues to expand their market into more countries and more applications including both consumer and commercial, you might see more classic styled scooters on the road soon.

And keep checking back here on Electrek, because even sooner than that, I’ll have my own test ride experience and video to share with you guys. The 1954 Ri S is a sporty scooter that is a blast to ride, and I look forward to showing you all the details soon!