Emerging Trend: Tiny EVs for Europe and giant electric pickups for the US

Two very distinct electric vehicle markets are emerging on opposite sides of the Atlantic. EVs in Europe are blurring the lines between minicars, compacts, and electric quadricycles. Meanwhile, bigger is better for EVs in the US.

The size of vehicles known as city cars, or the A-segment, racked up more than 1 million sales in Europe in 2019. Felipe Munoz, lead automotive analyst at JATO Dynamics, told Automotive News this week, “It’s one of the very few stable car segments.”

Al Bedwell, a powertrain analyst with LMC Automotive, added, “Electric and premium cars could be the mainstay of that segment, and the rest will die off.”

That segment of small cars is price sensitive, so using a pure electric powertrain could be challenging. These minicars already have a low CO2 footprint, but as European regulations force even greater reductions, EV versions might become a necessity.

“After Euro 7, that segment can probably only exist as electric vehicles,” said Bedwell said, referring to the particulate standard.

The battery-electric 22kWh Renault Twingo ZE, which is set to be launched later this year, shares technology with the Smart ForFour.

Fiat has the 500e minicar, and the electric Centoventi concept could go into production. And Honda offers the slightly bigger Honda e in Europe but not the US. 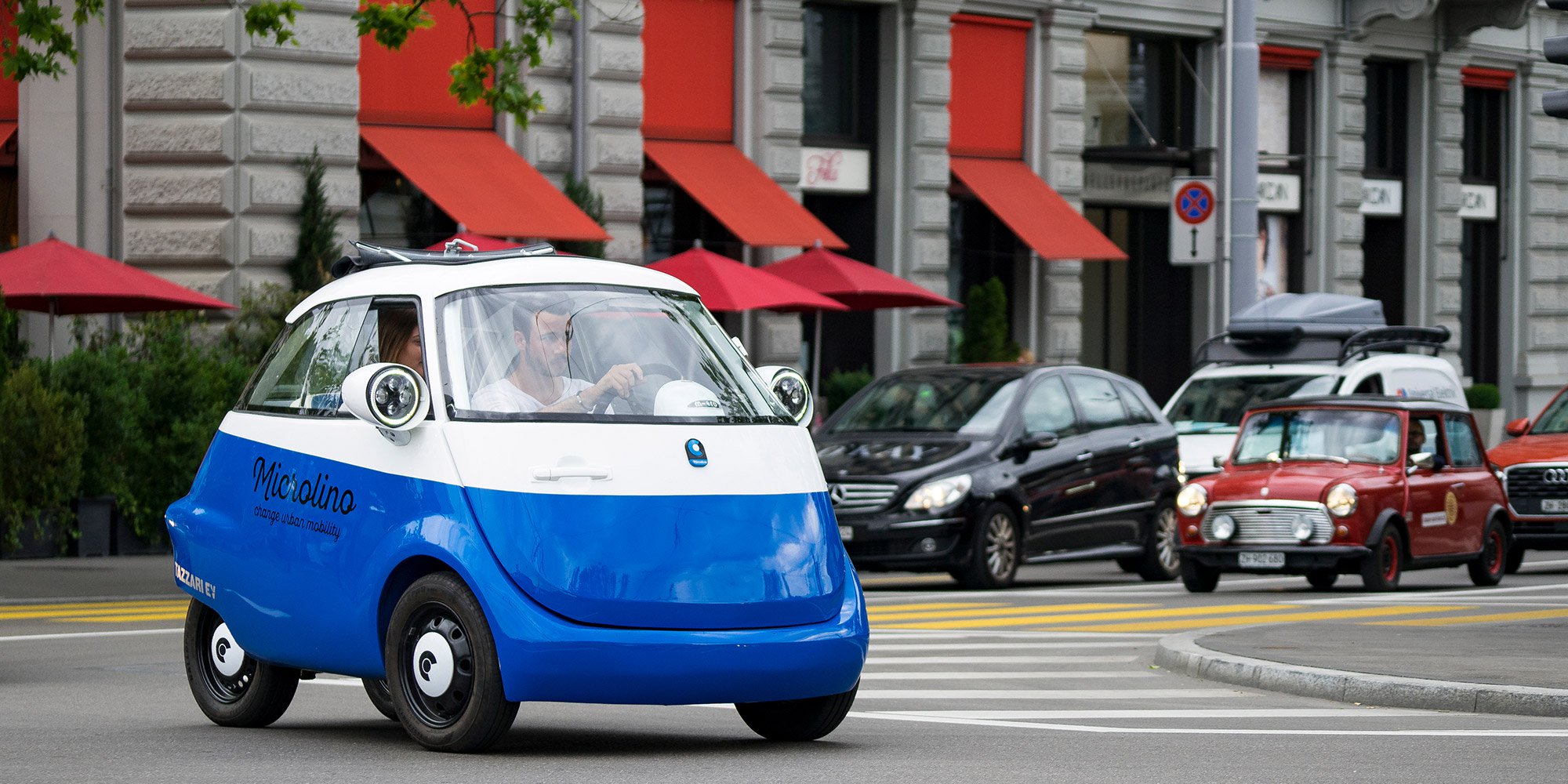 Not small enough? Citroen is introducing the Ami, an electric quadricycle with a top speed of about 30 miles per hour and a starting price of $7,500 in France. And let’s not forget the adorable battery-powered Microlino quadricycle.

Meanwhile, back in the US of A, we’re waiting for the electric Hummer, Rivian activity vehicles, and the Tesla Cybertruck.

“The wrong answer is to say everyone has to drive around in little vehicles,” said RJ Scaringe, the founder of Rivian, in an interview in the New York Times. The newspaper covered the trend today, claiming that we have left behind the vision of EVs as “tiny, faceless transportation pods, their sci-fi bubble shapes a testament to aerodynamic function over stylistic form.”

The next wave of electric vehicles in the US will be 1,000-horsepower Hummers, and beefy electric pickups from Ford, Chevrolet, and Bollinger. The Ford Mustang Mach-E and Tesla Model Y are relative pipsqueaks, just crossovers. 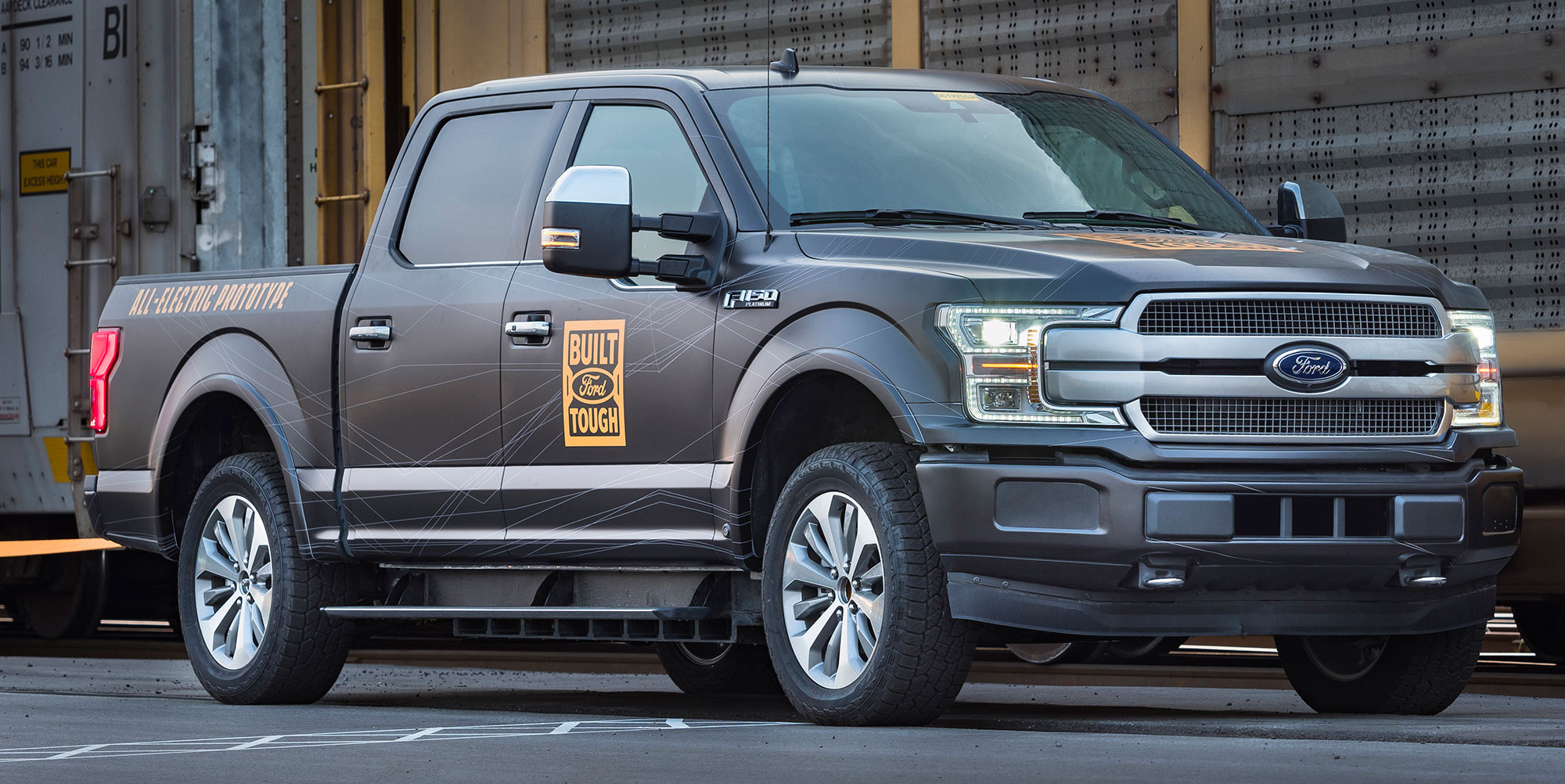 To say, ‘We’ve made a full EV truck, and we’re actually making money on it,’ will be quite an accomplishment.

Brauer believes it will be easier to absorb the cost of a battery pack in a big truck than an economy car. The Times says that auto executives still concede:

A three-ton truck will never match the energy efficiency of a perky hatchback — or those Hollywood-style bubbles people once envisioned as 21st-century transportation.

The differences between the European and American EV markets are startling. Their distinctions provide a glimpse of the flexibility of electric powertrains. EVs are not one-size-fits-all.

The preference for small urban cars in Europe, and supersized badass trucks in the US, that existed throughout the 20th century will carry into the electric age.

It will be fascinating to see the relative uptick for each market and how it affects global emissions reductions. Just don’t expect any drag races or tug-of-war battles between the best sellers from each side of the Atlantic.