Fiat is debuting its new Concept Centoventi at the Geneva Motor Show. An extremely customizable concept EV, the Centoventi would offer consumers the chance to change nearly everything about the car, from exterior to interior to battery range.

The name Centoventi — 120 in Italian — isn’t just to commemorate Fiat’s 120th anniversary. Centoventi would also feature 120 different accessories, the vast majority of which could be purchased online and installed at home.

Customers will also have their choice of four roofs, four bumpers, four wheel covers and four external wrappings. Fiat notes, “In particular, the wrapping can be performed by any dealer at any time, when requested by the customer. The operation is very fast, courtesy of the remarkably linear and flat exterior surfaces, and low cost.”

Customization extends to the concept’s battery, which comes with a standard 100 km (62 miles) factory-mounted battery. But customers can add up to three additional batteries — each increasing the range 100 km more — and another battery can be mounted under the seat, bringing the total range to 500 km (311 miles). Fiat says of this additional battery,

“It can be disconnected and put on charge directly in the user’s home or garage, just like the battery of a modern e-bike.”

A one-piece dashboard features a system of holes (see photo below), to which a number of accessories can be anchored. Centoventi’s instrument panel also comes in one configuration making the “smartphone the heart of the system,” and a “more traditional” option with a second integrated display. The Centoventi’s design makes more than a few nods to the Fiat Panda — you can even see a stuffed Panda in the pocket on the dashboard below. 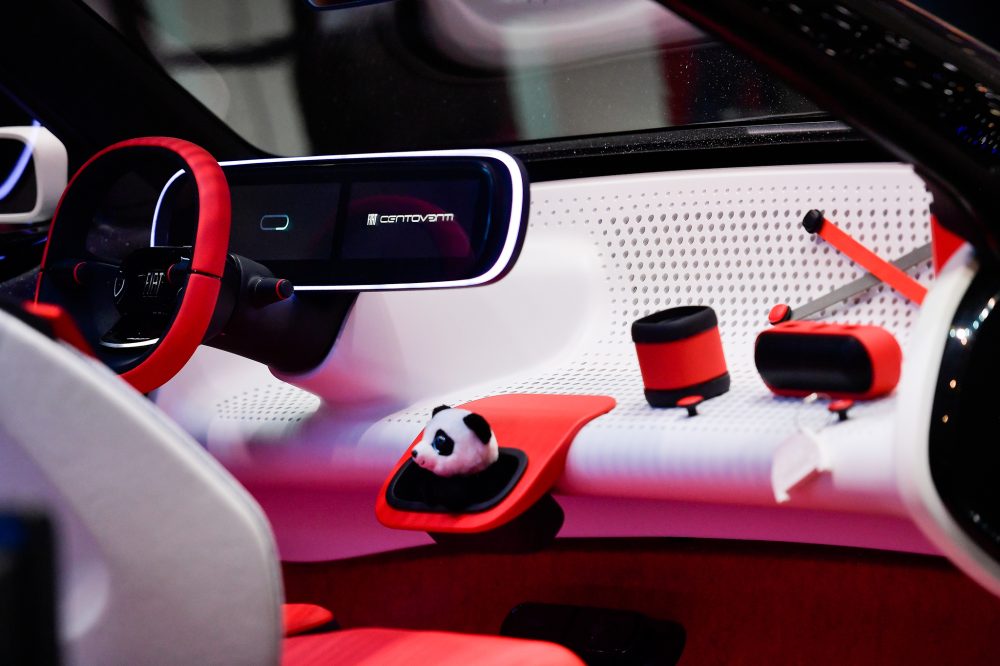 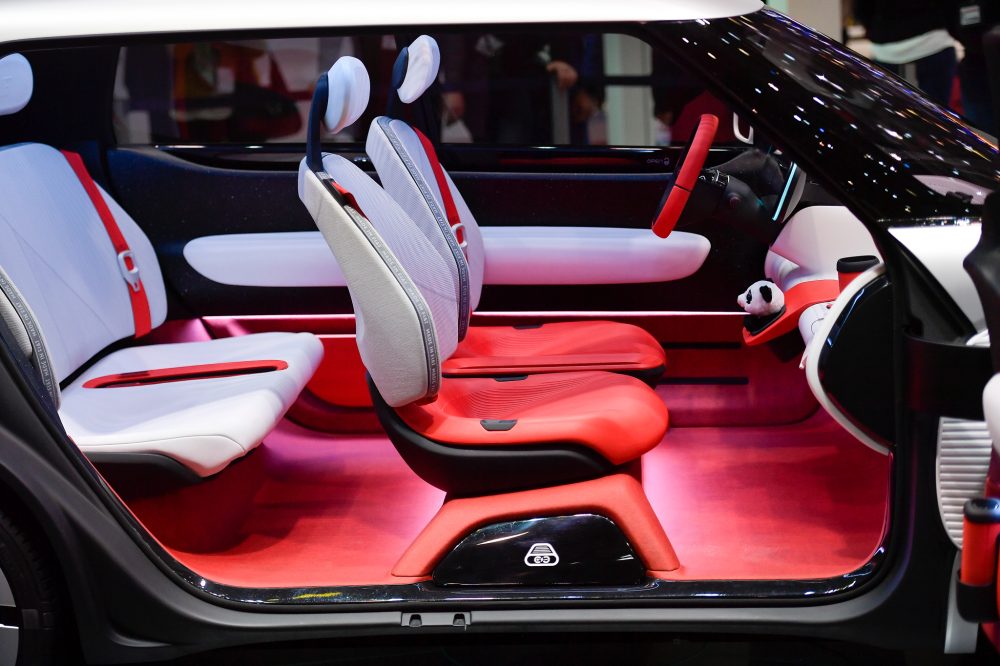 Among roof configurations, one option would integrate a solar panel. According to Fiat, the “50 Watts generated by the solar panel will keep the car cool when it is parked and will power the innovative digital display arranged under the tailgate which closes the rear volume.”

Centoventi’s digital tailgate would enable owners to display messages, so the car could “become a real social media device.” As Fiat puts it,

“When the vehicle is on the move, for obvious reasons of safety, the car will only show the Fiat logo, but once it stops, the driver can switch to ‘messenger’ mode. What’s more, the digital tailgate can easily become an advertising billboard,’ which can be rented out to advertisers, to recoup the cost of parking, for example.”

While there’s no known production timeline for the Centoventi, Fiat says the EV would be “the least expensive BEV on the market, partly thanks to the modular set of batteries.”